Anime has grown in value over the past year, despite the fact that Japan is the industry’s largest player.

If you’re looking for something fresh and exciting, you should definitely investigate the world of Korean anime.

That’s why, today, I’m going to delve deep into Korea’s animated world in order to present to you that the best drama anime series available.

So relax and take a look at this list of the top 11 Korean anime series.

In an unknown time when everything is colorless, the world pale and desolate, everybody is born with similarly pale white skin.

There is absolutely no sign of color in this world at all. However, one boy is born with yellowish skin. Everybody treats him like some sort of monster, and the boy lives in isolation, in the woods with his mother.

The year he turns 16, the boy’s depressed mother, unable to bear the seclusion, commits suicide. The boy blames himself for her death and dreams of becoming a normal pale-skinned person.

Mangchi is a young boy with few problems and an easy disposition. Living on a building in the middle of the sea, he flies around on his little flying bike looking for adventures and longs for the day when he’s finally an adult.

So, when a princess named Poplar is being chased by two fighter planes, he rescues her.

Little does he know that he will be pulled away from the city he has lived all his life, and dragged by Poplar into an adventure smack dab in between two countries at war and the evil plans of Moonk, usurper to Poplar’s throne, who seeks world domination.

Il-gon is back in Korea after studying in the U.S. to find a bride to return with him, and asks his best friends, Tae-young and Sung-hoon, for help.

When Il-gon finds the right woman, the other two friends’ passions awaken, and they cannot help but find themselves drawn to her.

Examining bullying within Korea’s social hierarchies. Kyung-min and Jong-Suk are both struggling to make their way in the worlds of business and literature. They meet up to discuss their childhood.

The anime style is good throughout, but the movie still felt like it had double the running time. One other thing that made it penetrating and almost unbearable were the subtitles.

The filmmaker is (likely) not responsible for those, but it does add to the overall dissatisfaction you might feel while watching this.

A feeling that arises because you might feel that this subject matter could’ve been handled better.

11. Green Days: Dinosaur and I

Yi-rang, a high school teen, is the protagonist of this anime. Since she lost one day, she’s almost completely given up on her hopes of being an athlete.

TV advertisements that say that only the winner is remembered irritate her. She despises herself for being nothing, and she despises being named by a fill-in.

Soo-min and Cheol-soo, who aspires to be a scientist, arrive at the same time. The three teenagers’ friendships spark development and transformation in each of them.

Han Hye-jin-I and Ahn Jae-hoon inspire Yi-aspirations rang’s and depict the illusion and flutter of adolescence through experiences with good people in this lovely anime.

Daisy is a hen on a chicken farm that is housed in battery cages like the other hens. Daisy is unhappy with her life as a chicken farmer who lays eggs.

She aspires to fertilize her own eggs and become a mum, so one day she fakes her own death and flees, only to end up caring for a duckling called Greenie.

Daisy will have to find out how to live in the wild now that she is no longer safe. She faces almost insurmountable problems, but she overcomes them all in order to provide a good home for her adopted child.

A Despite the fact that her son is a duck, Leafie is able to learn and make the requisite sacrifices to ensure his happiness.

A rural village has put their trust in Choi Gyeong-seok, a church elder who promises to move the flock, in this anime.

Choi is a con artist who hides behind the mask of devotion in order to defraud the villagers of their relocation compensation. Kim Min-chul is the scheme’s only stumbling block.

Who, by chance, discovers signs of Choi’s past wrongdoings and finds himself at the core of a protest movement against the church institution? Min-chul, on the other hand, is far from a saint.

Min-efforts chul’s to reveal Choi to the authorities fall on deaf ears because no one in the village believes him.

Min-chul becomes obsessed with vengeance after Choi forces Young-sun into prostitution, and he makes the tragic decision to take matters into his own hands.

The anime follows Jang Geum, a young woman with a dream of becoming a palace chef. She is hired as a servant in the palace.

However, after earning so much acclaim, she abandons her original aim of cooking to make others happy and instead focuses on impressing others. Lady Han alerts her about the road she is on, but Jang Geum persists in his efforts to impress.

Finally, for robbing the book, she and her buddies are kicked out of the palace. Jang Geum travels with her friends and eventually discovers her errors.

Finally, Jang Geum wins a competition by cooking food that is healthy for anyone who consumes it, and he is allowed to return to the palace. She does, however, demote herself to the lowest palace maid in order to start over.

Hye-sun left her past life as a brothel girl. Ki-woong, her partner, plans to pimp her due to financial difficulties. Following a fight, the two split and become embroiled in the chaos that has exploded in Seoul Station.

Hye-sun eludes capture and becomes trapped in a prison cell by a mob of zombies. Meanwhile, her father, Suk-gyu, is questioning Ki-woong about where his daughter is.

Hye-sun and an elderly man flee the cell and board an ambulance. He is easily killed by bullets, and Hye-Sun manages to run, but a zombie scratches her on the foot.

She tells Ki-woong of her place. When they are together, she admits the truth about Suk-gyu. Ki-woong & Suk-gyu had an argument, where Ki-woong is killed instead.

Suk-gyu discovers the scratch on Hye-foot sun’s and knows she is sick as he prepares to r*pe her.

Yobi The Five-Tailed Fox is a legendary fox who turns into a person to shield an alien. She ends up in a school for misfit girls, where she falls in love with the human world and develops feelings for her best human friend, Geum-ee.

She wants to live a happy life in the human realm. Stuff will get even weirder in Yobi’s world when she finds out the truth regarding her fate, which may also be heartbreaking.

Yobi lives in the woods with certain shipwrecked aliens, far away from of the humans, after losing her community to fox hunters.

Yobi has no choice but to move into the human world to save one of her alien friends who has been kidnapped by a villager.

Kumiho The nine-tailed fox is a well-known character in Korean folklore, and it is usually portrayed as a magical creature that turns into a woman in order to seduce and prey on humans.

The story tells the tale of Semi, a bright girl who goes in a magical time journey with the genius teacher Wai, in order to prevent the evil X from utilizing the powers of the magic cube for evil.

Along the way, Semi and her math school friends run into history and math problems that they must solve with logic and wit.

Doggy Poo is a stop-motion movie based on Kwon Jung-1968 saeng’s kid’s book of the same name. It’s a fascinating way of teaching kids about less pleasant aspects of life’s cycle.

Doggy Poo, the title character dog, lived on the side of the lane. He was completely alone in the universe. He believed he had no place in life and that no one wanted him for anything.

He discovers that he really does, in fact, get a purpose: to feed and grow plants. South Korea was also struggling with the aftermath of the Korean War.

It was still centuries away from being the high-tech, stable nation it is now.

Pororo, a curious little penguin, accidentally causes a plane to make an emergency landing in his home village.

Turtles on board the plane teach the villagers how to race ice sleds, and Pororo makes it to the finals.

There’s also a television show, other films, and lots of merch. Pororo was created by Choi Sang-hyun of Iconix Entertainment after he was assigned to come up with a mascot for winter.

He got the idea by studying animals at the zoo.

Despite its popularity in Korea and France, Oseam is relatively nonexistent in the United States. Gami and Gilson, two orphaned children, find a place at a Mahayana Buddhist temple.

The two work in the temple to make ends meet. As they move into their new lives, they try and come to terms with the fact that they have lost their parents, their house, and Gami’s sight due to a fire.

Gilson, the vivacious and energetic little boy, soon begins to disrupt the peace. Young boy wants to understand why his mom didn’t even come to see him after his sister told him their mom had met her in a nightmare.

Gilson also hopes to see Gami’s parents, despite Gami’s understanding that they will never return. He agrees to accompany the monk over a very long initiated time in order to see her again. The anime is focused on the same-named fairy tale.

Pollution has almost completely poisoned the atmosphere in the year 2142. To combat this, Ecoban, a city based on the DELOS system, a powerful means of converting pollution into energy, is being developed.

Dong Seok was born into a poor family and grew up to be a bright young child. He is now a competent lawyer, and for the first time in 14 years, he returns to his hometown.

Dong was expelled from school after getting into a fight in an effort to defend his friend Seo Jeong-ah, who returned three months later to warn him that she was pregnant.

Dong-hee ends up staying with Seo’s twins nine years later. Despite her struggles in life, along with her dad’s bankruptcy, Hae-won is a positive woman, and her emotions for Dong-seok are gradually rekindled. 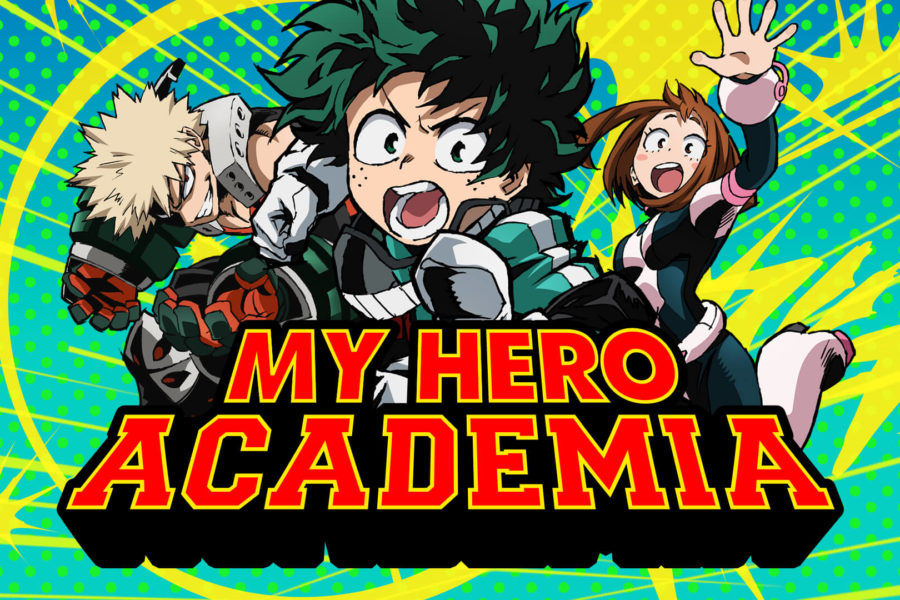