When we talk about Naruto and his abilities, we tend to focus on his physical gifts rather than his ability to use ninja techniques.

He is a refreshing departure from many characters who rely on their technical abilities more than their physical abilities.

We often think of Naruto as one of the strongest and most durable characters in the anime when it comes to his physical abilities.

But what about his speed? Although Naruto wasn’t the fastest character in the Naruto anime, he’s still quite fast. How fast is Naruto’s speed in all his forms?

How Fast Is Naruto?

If you have ever watched the anime, you will be able to see the progression of Naruto from a single, naughty kid to an adult.

It’s clear that he was a strong kid with a lot of potentials, even though he got into some embarrassing situations.

He was a master of many techniques and even had the ability to see the nine-tailed fox in him.

Naruto was one of the fastest ninjas. He was able to regain his power and showed us how fast and agile he was fighting Madara.

Boruto: Naruto’s next generations may have lost Kurama in Boruto but it is still true that Naruto is still the fastest even without him.

Is Naruto faster than Light Speed?

Naruto was a very fast character in his prime.

What is Naruto’s Mach Speed?

Naruto’s best performance was far faster than the speed light. It is possible that he could travel faster than Mach 874.6356.

This is even though there are other characters who are faster than Naruto in the show.

How Fast Is Naruto Without Kurama?

Naruto’s very prime, which was his adult years during Boruto’s events, saw him become stronger than ever before.

He was stronger than he had been during Shippuden and the Fourth Great Ninja War.

Naruto’s physical abilities were a result of training and experience. He was able to move fast enough to not need Kurama.

He could travel faster than sound and even at the speed of light without Kurama. In Boruto against Momoshiki, Naruto could keep up with a god-like being fighting hand to hand in his base form without Kurama.

Also Read:  Does Kakashi have a kid?

As a child, Naruto was slow and couldn’t dodge attacks at the speed of sound.

However, Naruto’s basic ninja training combined with his physical strength made him faster than any 12-year-old ninja at that time.

His peers in his age group could not match his speed except for Rock Lee, Sasuke, and Neji.

How Fast is Naruto in Kyuubi Mode

Naruto was able to increase his speed after unlocking the Kyuubi Mode and the Nine-Tails Chakra Mode.

He relied on the chakras of his tail beast to help him. This enabled him to dramatically increase his physical abilities.

One could say that Naruto could travel faster than lightning when he is in Kyuubi mode. He was able to dodge the Fourth Raikage’s fastest punch. This is a punch that is infused in lightning chakra.

Minato was, of course, the fastest person in Naruto’s entire series thanks his Flying Raijin technique. This move allowed him instantaneously to teleport.

How Fast Is Naruto in Kurama Mode?

Naruto was able to speed up significantly after unlocking Kurama Mode. This allowed him to be completely in sync with Kurama as compared to his regular Kyuubi Mode.

He could also speed-blitz his enemies and keep up with some of the fastest characters in the show.

While Momoshiki may have god-like powers but Naruto was able to easily surpass his opponent’s speed during that fight.

This means that he could be even faster than Kurama Mode’s speed of light.

How Fast is Naruto in the Six Paths Sage Mode

Naruto was successful in acquiring his Six Paths Sage Mode after the Sage of Six Paths gave half of his chakra to him.

After that, Naruto was also able to acquire the chakras of all the other tailed beasts.

This form made Naruto faster than his Kurama Mode. Sasuke helped him speed-blitz Kaguya who was the god of Naruto Shippuden.

This means Naruto was already much faster than light in his Six Paths Sage Mode.

How Fast Is Naruto in Baryon Mode?

Naruto was in Boruto when he didn’t have anything else to throw at Isshiki. He was able to beat both Sasuke and him at their primes.

Naruto was forced to use Baryon Mode to get rid of Kurama’s remaining life force and he became stronger than ever before.

Sasuke can perceive some of the fastest moves in the series due to his Sharingan but cannot see Isshiki move because the antagonist is so fast.

Sasuke couldn’t even see Naruto moving when he was in his Baryon Mode. Sasuke is fast because he can dodge particles at the speed of light.

However, Naruto can move in Baryon Mode at speeds that are many times faster than the speed of light.

With the Baryon Mode activated, Naruto may be the fastest character in the series, even without his father’s teleportation technique.

Is Naruto faster than his Father Minato?

One of the most difficult questions was not easy to answer. Minato, Naruto’s fourth Hokage, was well-known for being the fastest shinobi of his time.

He was willing to risk his life to secure Naruto’s nine-tailed Fox.

We could not agree more with the fact that his scenes in anime showed how strong he was. Is he quicker than Naruto?

Minato is well-known for his speed. But our main character is even faster. What is the secret to Minato’s speed?

The anime’s characters are all very fast. All of them are ninjas, so one of their skills is speed.

Minato has a mortal speed and can also use teleportation, which Naruto doesn’t have, making him somewhat inferior to the Fourth Hokage.

He is even believed to have been able to travel faster than the light during his heroic fight with Madara and Raikage.

Who is faster, a war arc Guy with the 8th gate open, or Naruto?

Before Naruto appeared in the fight against Madara, Guy was almost victorious over Madara. He was able to open the 8th gate and proved that he was on par with the villain.

He was fast and strong enough to be Naruto’s Might guy mode speed but his technique wasn’t able to last. In fact, he almost died in the process.

Naruto, on the other side, is able to keep the form intact even if it means he risks his life. Some believe that Might guy’s fight animation was better than Naruto’s. These are all signs that Naruto still wins.

The 12th season of Naruto Shippuden featured episodes 278-283. It was shown how the fight between Naruto, Killer Bee, and Raikage took place.

Although they may not be enemies, the Jinchuriki (humans who have sealed the beast tails of animals) tried to stop Naruto and his bro Killer Bee from joining the fight.

B and Naruto are refused entry by the Raikage and he was prepared to kill them both to stop them. Naruto, being Naruto, was determined to fight for his life.

Raikage had flashbacks of his encounter with Naruto’s dad as Naruto avoided his fastest punch. He had seen the “Yellow Flash” speed firsthand. That was enough to show Naruto his ability. They were then allowed to pass through by the Raikage to aid the Allies Forces.

Is Naruto faster than the speed of light?

It is a divine transformation that only those with a strong faith and the courage to never lose hope can achieve.

Naruto was able to get the transformation and continued fighting Madara who uses a technique from the Sage Art called Storm Release Light Fang.

Also Read:  Why is Sasuke’s Rinnegan is Different?

In an effort to cut through Naruto, Madara released a thin and sharp stream of light out his mouth. It was strong enough to slice a Truth-Seekingball.

Is Naruto faster than Sasuke?

Who would have thought that the last fight on Shippuden would take place between these two?

From childhood, Naruto has always been defeated by Sasuke. It seems that Sasuke has the advantage in speed and agility.

Sasuke is quicker. He is faster than his feet but he also has similar abilities to Minato. His Amenotijkara technique allows him to create portals across dimensions using his Rinnegan.

If we compare it to physical strength, Naruto will win because he has been granted Sage mode, which increases agility speed, and strength. Sasuke’s raw strength will not win.

Is Naruto slower than Boruto?

Since the beginning of Boruto, this topic was a favorite. This is another series that will focus on Naruto’s and Hinata’s sons.

We saw Naruto in his son’s series. He was busy and could not even spend much time with his family. His movements are slower than usual.

He isn’t the only thing in this series, according to me. They must show and introduce the new protagonist.

Too much Naruto exposure could ruin this. The ninja world of Boruto is set in a peaceful era. This makes it appear that people are weaker.

How Is Naruto So Fast?

You now know Naruto is the fastest character at his peak. But he’s fast because he was made to be the physical half of the Sage of Sixth Paths.

Because he is the embodiment of Sage’s physical strength, Naruto had a body that was many times stronger than any other ninja thanks to his ninja training as well as Kurama’s power.

He was physically faster than any other ninjas, even in his base form, and perhaps the fastest ninja when he was in his strongest form.

Although the Naruto series is over, we will always remember the great Hokage of all times.

As a child, I still vividly remember how excited I was to watch television and wait for the new series to start.

The popularity of anime has been hugely influenced by this anime. It also played an important role in our hearts. We must not forget Naruto’s contribution to our childhood. 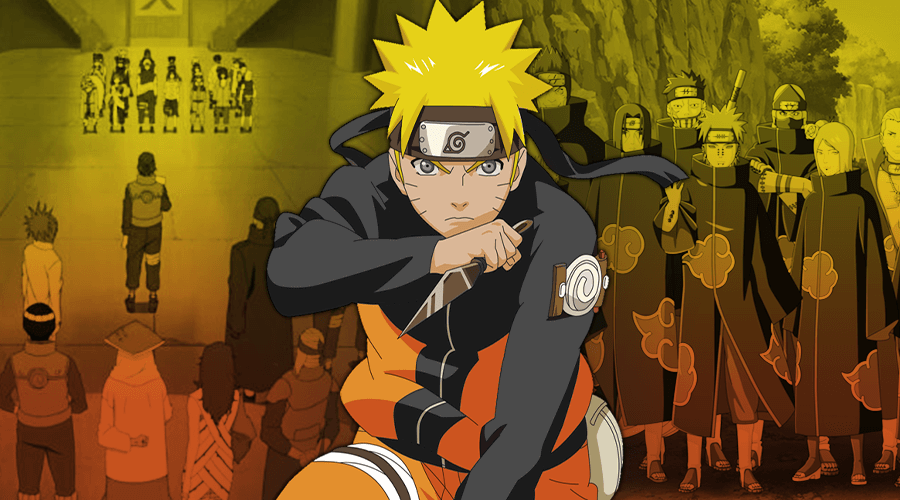