As you guys all know Manhwa is the general Korean term for comics. Outside Korea, the term usually refers to South Korean comics.

While manga is mostly black and white but a variety of manhwa are colorful and attract a lot of people especially teens.

So here with the new topic, I prepared the list of Korean manhwa series and only enjoy reading and also you don’t want their anime adaption if you read with your heart.

However, when his father takes interest in a girl named Kyun Yoo at his school and after protecting her he befriends her and does not follow his father’s orders any longer.

The story of E-rank Hunter Sung Jin-Woo wants to become an S-rank Hunter, the strongest rank in the world. And he discovers a dungeon that only he can see and level up inside.

This manhwa was like a war to me to be honest the war between monsters and hunters all around the world, gates started to open with monsters and dungeons inside.

However, people were awakened as hunters, giving them unique strengths and abilities like magic. They have now entered the career of hunting in and closing these gates.

The story about a boy name Shioon who is being bullied and badly beaten at school all the time and all time he keeps his mouth shut but one day, when his new substitute English teacher witnesses it, he yells at him for not fighting back.

So, he decided to become stronger and he heads to an academy to learn martial arts, but on his way, he witnesses his teacher defending himself.

After Videoing the scene of the teacher Shioon blackmails him and asks him to teach him martial arts. From there, he enters the shady world of underground martial arts known as Murim.

So here this story made me feel good ads this story is about saving the own world from destruction and from the massive loss that can be so bad for the future.

So, the story is about strange orbs descend from the sky, and without any sufficient military to fight these things, Korea decided to recruits high school and college-aged children to the military to survive by helping each other at a different level.

The manhwa about the boy who wakes up trapped in a building full of dead people with no difference in the outside world everywhere there is completed darkness.

The district of Gangnam is in complete darkness. There is no electricity, no cars, and there aren’t even stars in the blackness.

You should definitely read this magnwa and know what happnes next.

The story is about a boy who was left all alone at the bottom of a tower until he was found by a girl. Then they grew up together on the outer areas of that tower and one day this girl decides to go up the tower.

The boy then ran after her for he doesn’t want to be separated from her. Then they found themselves at the door and accidentally the one who was sucked in or rather chosen was the main protagonist.

Perhaps it is one of the longest-running manhwas!

The manhwa was based on greed like how can anyone kill any other person for greed. However, with mysteries from the past resurface, every encounter is met by cruel fate.

The royal palace is engulfed in flames after a murder motivated by greed. Two young survivors from the palace flee seeking a courtesan that will help them reclaim what has been lost.

Manshin-musas, or Shaman Warriors, possess the ability to harness spirits for power and to enter a berserk state.

Yaronf is one of those Shaman Warriors who accepts a position in the government for his valor in war.

However, when a political whirlwind engulfs the nation, he is forced to flee and sends his companion on a mission to protect his son.

13. At Each Other’s Throats

The manhwa story of twins, Bok and Baek like how they live daily.

From standard sibling rage to their skill at comedic double acts, they drive those around them insane.

Also Read:  8 Best One Shot Manga You Can Enjoy

Love or Brotherhood? I prefer both.

The manhwa story about Woojin and Gayoung who became good friends in high school although both have completely different in terms of personalities.

However, they were separated until Woojin returns from his military service and enrols in the same university as Gayoung.

Now older and in a different environment, their friendship shifts, but there is just something about them that draws them together.

11. Shall We Have Dinner Tonight?

Both young, single, and with a history of broken hearts, Do-hee and Hae-Gyung are brought together at random as they both dine alone at the same restaurant.

After the initial connection, they become friends and dine together every week. Each time they do, their relationship grows stronger, until they must finally face the broken hearts of their past.

Knight Run is the manhwa series which considered to be under the space opera genre mixed with fantasy and tragedy elements.

As the future looks grim, a new order of Knights is sent to fight against these creatures.

9. The Bride of the Water God

Devastated by drought brought on by an angry water god, Soah’s suffering village decides to marry her off to the god by sacrificing her.

However, she is rescued by the water god who takes her to his kingdom where her new life and new marriage begin.

The story is fascinating for me like how the moon shone up in the sky like never before, with all the chaos they Jae Hyuk meets Serin, a denizen of Chaos. They kill him, and he is resurrected as a zombie.

Now immortal, he can’t return to humanity and must enter the world of Chaos. Desperate to wanted his brother back he must now earn the right to open the door to the human world.

After his parents died tragically in a car accident, Cha is now forced to live on his own with a narrow budget. In his despair, he sets a date on which he will commit suicide.

However, before he reaches this date, horrific monsters overwhelm his town. Now stuck in his apartment complex with a few others, Cha finds that he is now desperately trying to survive.

Life is precious so don’t take it lightly he learn after going through it.

Like the name, this manhwa is based on romance where the first encounter with anyone changes the whole scenario right.

The story about Seowoo when he is standing outside taking a break from a noisy club when a girl suddenly approaches her singing and dancing in the rain.

As a student of film, Seowoo knows romance can bloom from chance encounters, so when he sees this girl in her film club later, after seeing her heartbeat skips a beat.

The story about Joo Seo-Cheon, a man who survives the age of war through sheer luck, becomes Hwasan faction’s elder only to live a life full of regrets and doubts.

He lives full of regret. While on his death bed, suddenly he finds himself thrust back into his past.

1,000 years ago, an alchemist, devastated by the loss of his son, aimed to build a human to fill his void of loneliness.

After many attempts, he was successful in creating Winter. While he could talk and has the senses of a human, he lacked emotion.

After the alchemist died, far into the future he finds himself living with a struggling writer named Jane where his emotions start to awaken.

3. So I Married an Anti-Fan

Working as a reporter for a magazine Lee struggle as a woman where Joon Hoo, on the other hand, is the perfect male model in every regard.

So, when Lee snaps a picture of him brutally turning down a woman, Joon scrambles to salvage his image and ends up getting Lee fired.

After all that now she is motivated solely to ruin his life.

2. The Greatest Wolf of My Life

Everyone struggles to make his or her life good so do our main character of this manhwa Eunbyul lives alone in a studio apartment, works at a convenience store and has no romance in her life.

But everything takes a turn when she has a bad run-in with her next-door neighbor who is a popstar and drinks with an old schoolmate and gets into a car accident with a friend every interaction was bad.

The manhwa story about 25-year-old Nah Hae-Young who is a high school teacher.

She’s pretty popular and well-received by her students, but she has one huge secret that she is actually in a relationship with one of her students.

While trying to navigate her story she tries hard not to allow anyone again in her life. 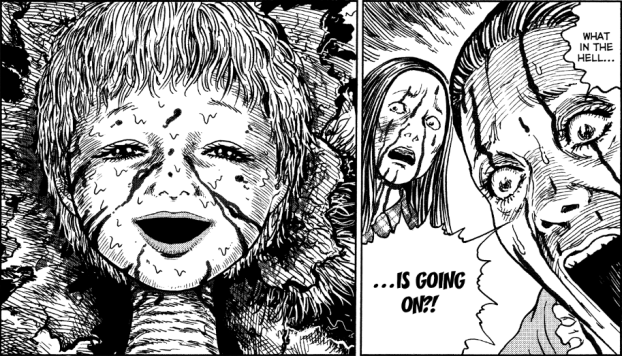