Every weeb wants to own a cool accessory of some sort like a robe, a bracelet, a belt or maybe a mask! What would your accessory be if you got Isekai-ed into an anime world?

Personally, I prefer masks, they make you look much cooler than any other accessory could. I like masks that cover half of the face rather than the entire because they leave some mystery about the character.

Masks in anime are generally given to those characters who have some mysterious stuff to hide or some twisted backstory or maybe some scars that they don’t want others to see. Masks also help create that mysterious vibe with the audience.

In this list, we are gonna explore all the coolest looking masks of all time in the entire anime universe from shounen to ecchi!

Let’s get started then!

Mononoke Hime (Princess Mononoke) is a story about San, a girl raised by the wolves in the forest. Her objective is to protect the forest from those who want to destroy it for their personal gains.

She is a fierce warrior, she acts like a wolf because of the fact that she was raised by the wolf goddess Moro. She treats Moro like her mother and her two wolf cubs like her siblings.

San wears a red mask with wavy white lines dividing the mask into three parts. It has yellow circles for both the eyes and one for the mouth as well. The mask also has two wolf-like long red ears.

He wears quite a unique mask, I don’t even know if I would call it a mask exactly but it does over his face and it is an accessory so why not?

He wears a hand which literally face palms him. He has several of these hands which has a yellow block like structure near the palm. He wears one on his neck, two on his shoulder and he wears one as a mask covering up his face.

He has such an eccentric personality. I think some things he says are just pure gold but he is not exactly a full fledged villain yet, just like how Deku isn’t a complete hero yet.

Mystogan, literally sounds like mystery and that is no coincidence.

He is the most mysterious character of the Fairy Tail guild. He is supposedly an S-Class Mage but hardly any people have seen him, his face or his skills.

He wears quite a concealing mask and a bandana over his head. He wears a dark green mask covering his entire face except for his dark eyes and the ends of his bright blue face.

His bandana covers his hair, concealing most of his forehead. He also carries lots of mage staffs on his back, they are quite creepy looking staffs I would say.

12. Gin From Hotarubi no Mori e

Hotarubi no Mori e is a movie about a young girl named Hotaru who meets a strange boy with a mask named Gin. Hotaru while visiting her grandfathers wanders in a forest where she meets Gin.

The plot of the movie is amazing and so is the animation. I love the characters and the main point of the entire story, though I won’t spoil it here but you should just watch this movie, it doesn’t even take one hour!

Gin is seen wearing a cute white mask with red whiskers on it. It is a traditional Japanese Yokai mask with a cute cat like smile and two big oval shaped eyes with black pupils. It even has two cute ears!

In the beginning, he is very shy and covers his face with the mask but as he gets comfortable with Hotaru, he removes the mask.

11. No Face From Spirited Away

Spirited Away is my favorite Ghibli Movie! It just speaks to me, the imagination, the world, and all that happens with young Chihiro, it’s a masterpiece.

One of the spirits in the movie is, Kaonashi which literally translates to “faceless”. He is let into the Bathhouse by Chihiro, unaware of the chaos that will ensue.

It is not made clear if the spirit wears a mask or if that is actually it’s face but for this list we are considering it as a mask! The mask portrays Kaonashi’s nature impeccably, it shows the emotion of indifference.

Kaonashi is what it ingests, thus its original mask is that look of indifference, meaning it is truly faceless. It has two oval shaped eyes with purple marks in a conical shape from the top and bottom of the eyes.

Inosuke is one of the main and definitely my favorite characters from Kimetsu no Yaiba (Demon Slayer). There is not a single moment in the anime that is both dull and has Inosuke in it, that’s how much fun it is to watch him!

He is a great fighter and carries two swords with shark teeth pattern on the back and a sharp edge to them. The best comedy scene in the anime is when we find out how he makes those shark teeth on the back of his sword. LOL.

He uses Beast Breathing, which is a unique breathing style that he created with a base as Wind Breathing and all the things he learned after living in the mountains alongside animals and birds.

He keeps his face hidden with a boar-head that he wears like a mask. The mask looks very realistic with brown fur and blue eyes which makes me wanna know how the hell did he obtain that mask.

9. Hei From Darker than Black

Hei is one of the main characters from Kuro no Keiyakush(Darker than Black), the anime is sci-fi thriller with shinigamis, contractors etc. Personally, I like the world-building of this anime and it’s plot.

Hei is one such contractor who works with organizations like the CIA. He is also nicknamed, “Black Reaper”. He has the power to throw electrical energy through things that can conduct electricity, like wires, water, etc.

His mask is cool as hell, it has two oval shaped evil eyes and a blue lighting scar on the right side which crosses his right eye and a long creepy smile across the mask.

He wears a white mask which is kinda minimalistic with nothing more than two eyes and one mouth but the way it looks is creepy as hell. The smile is shaped like the crescent of the moon but more exaggerated of course.

The shape of his eyes on the mask are like inverted smiles. His mask always looks as if he is smiling creepily all the time.

Next up on number seven, we have a man-eating ghoul and the leader of Aogiri Tree, Eto. Her last name is kind of a spoiler so we’ll leave that out.

She looks very cute with her short pale green hair styled in bangs that cover her forehead and border her face. Her mask is kinda scary, it makes her look like a mummy.

It is basically bandages wrapped entirely on her face covering every square inch of it with two holes for eyes. The holes for eyes look so hollow, it gives her mysterious and creepy vibe.

One of the coolest supporting characters in all of shounen anime! Kakshi Hatake is an absolute heart throb for the female weebs. He is actually ranked in the top 10 good looking anime characters of all time.

Do I even have to describe how he looks like? What’s the point? Most of us already know about his cool white hair and the way he wears his headband and the face mask.

He covers his lower-half with a black face mask that extends till his neck and he covers his left eye and most of his forehead with his Leaf-Village headband.

Tobi is introduced to the viewers as another member of the Akatsuki, the organization scheming the resurrection of the ultimate beast(don’t wanna spoil).

Tobi is partners with Deidara. He is quite the character when introduced in the beginning. He is clumsy and comedic, keeps on annoying Deidara and honestly it was fun to watch them both together.

He wears an orange-colored mask with a spiral pattern. His right eye seems to be the center point of the spiral which continues outwards till the end of the mask.

I don’t wanna spoil the experience of watching Naruto, but seriously if you haven’t watched Naruto, firstly, do not look up Tobi on the internet! and secondly, what are you doing here? Go watch it!

This is an iconic alter-ego character from One Piece. It is Usopp’s alter-ego called, “Sogeking”

Usopp after his leave from the crew makes this huge mask with three big horns or maybe they are sun rays, I’m not so sure, to hide his face from his crew.

The mask is golden in color with blue stripe pattern across the right forehead. It has googly eyes and red lips that look quite feminine. The funniest feature is the blue handlebar moustache.

Zero is a alter-ego and a public identity created by the main protagonist of the anime, Lelouch from Code Geass: Lelouch of Rebellion.

Zero wears a strange and big mask with big blue glass at the center of it. It has black spiky structures stemming from the sides and the back of the mask.

The mask covers up the entire face of the person wearing it! By the way you can buy a mask like this on Amazon which is pretty cool!

Ichigo Kurosaki the main protagonist of one of the Big Three, Bleach! He is one hell of a shounen character from one of the best shounen anime out there!

He is a tall young-adult with short orange hair and light brown eyes, though his main abilities don’t lie in his appearance, they lie in his personality.

The Hollow Mask is quite a famous topic in the anime, it appears when Ichigo is completely possessed by Zangetsu. The Hollow Mask only appears on the left side of his face.

The mask looks half-broken on the right end. It has a golden eye and red striped pattern on the forehead and on the cheek with a creepy tooth-like pattern for its mouth.

Everyone knew this was gonna be the first on this list. We cannot have a mask competition without one of the Tokyo Ghoul Masks winning the league!

Kaneki is the protagonist of the anime and after undergoing a bad accident he becomes something that he hates from the bottom of his heart.

The mask covers the lower of his face with creepy teeth for a mouth and bright red gums. The mask has weird silver-colored knob like protrusions from beneath both the cheeks.

What more can I say? This mask is just iconic. I placed it first because it was the first that popped up in my head when I wanted to list best masks in anime. 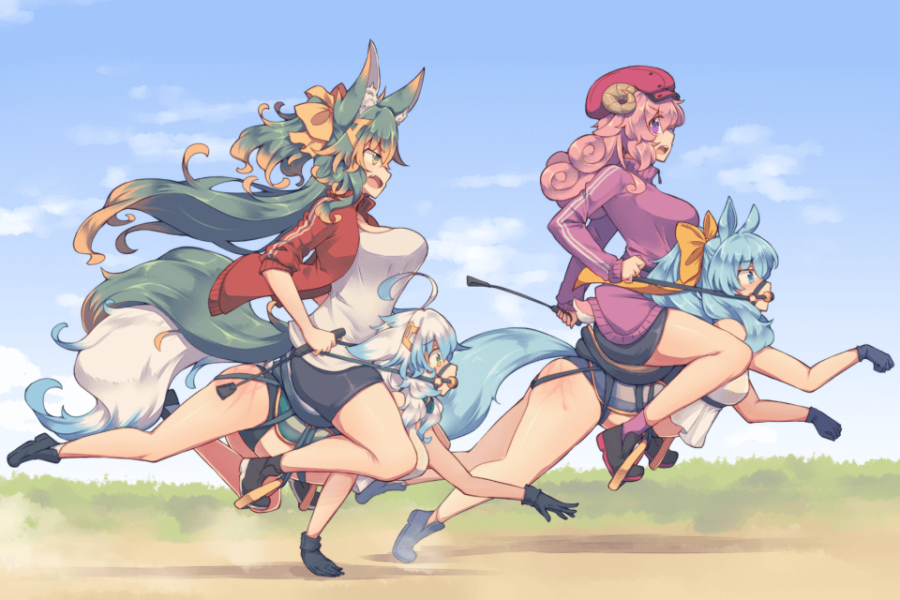