The international community loves horror anime, but the industry tends to shy away from the genre due to broadcast regulations. It’s a sad struggle, but luckily there is plenty of horror manga!

So.. if you are some one who loves horror manga and want that thriller in a night alone at home but i want to warn you read them at your own risk because after reading one of this manga i really don’t even go in restroom.

Right there you have been warned lets start…Here is some horror manga we hope will get an anime some day.

Quick Pitch: A young couple takes a trip to an idyllic vacation island in hopes of overcoming the death of their only son. However, Seichi plans to kill his wife deep in the forest. When his wife manages to escape, Seichi follows her into a dark cave and finds himself hunted by a creature that feeds on human flesh.

Why it Needs an Adaptation: Hideout is a short, but intense psychological story about a man trying to murder his wife. Seichi’s decent into madness is as terrifying as the monster that’s hunting him.

Quick Pitch: High school girl Yuri suddenly finds herself trapped on a rooftop of a high-rise building in a strange world. Yuri is tasked with finding her lost brother and escaping this world, but deadly people with masks are pursuing her. These mask-wearers are cruel, but Yuri learns that the other “normal” survivors are just as deadly.

Why it Needs an Adaptation: High-rise Invasion is a high-octane survival story that eschews towards action, but there is a constant atmosphere of dread since Yuri doesn’t know who to trust.

Quick Pitch: Shun Takahata usually has boring days at school, but everything changes at his teacher’s head explodes. Now, he and his classmates are forced to play children’s games, but with deadly consequences for losing.

Why it Needs an Adaptation: As the God’s Will takes harmless children’s games and turns them deadly in an interesting twist on the school survival genre.

Quick Pitch: Kii Kogami hates his normal life and wishes for some excitement. One school day, he looks out the window and witnesses a teacher’s head explode when a little girl hits it.

He goes to the bathroom to calm down but returns to see his classmates getting slaughtered by a “magical girl.” Kogami and his childhood friend Tsukune struggle to survive the deadly events that are happening around them.

Why it Needs an Adaptation: Dark magical girls are a rising trend, and Magical Girl Apocalypse appears to be the subgenre’s final form. It’s twisted, depraved, and filled with “magical” scares.

Quick pitch: Yuu Aikawa spends his free time playing a cellphone game called “Rabbit Doubt” with his friends. In the game, players are a group of rabbits, but there is a wolf among them. The group must discover the wolf before it kills them one-by-one.

One day, Yuu is attacked by a man wearing a rabbit mask. Yuu wakes up to discover that he and his friends are trapped in an abandoned psychiatric hospital and are being forced to play a real-life version of “Rabbit Doubt.”

Why it Needs an Adaptation: Doubt is a tense “locked room” story that features a group of friends trapped with a killer. The goal is to discover the killer before everyone dies, which could lead to fun speculations if this horror manga were turned into an anime.

Quick Pitch: Fran was created by Dr. Naomitsu Madaraki and has taken over the lab while he is away. Fran must take care of the various work that crosses her path, which includes resurrecting the dead or performing “cosmetic” surgery.

This body-gore manga will mess with your mind by sometimes being light-hearted and sometimes happily mutilating people.

Why it Needs an Adaptation: Franken Fran is a fun and macabre story about Fran trying her best to solve problems. Too bad Fran only knows how to perform twisted cosmetic surgery and creates abominations in this horror manga.

Quick Pitch: Trepanation is the procedure of drilling a hole in the skull as a way to improve blood circulation and to improve skull pressure. It’s also said to bring out a person’s sixth sense. Susumu Nakoshi is a homeless man and agrees to let a medical student perform the procedure in exchange for 700,000 yen.

Why it Needs an Adaptation: Homunculus is a thought-provoking look at the extremes people will go to achieve happiness – and it’s effectively shown through nightmare-inducing images.

Quick Pitch: Due to a magic attack, Kaiman has a lizard-head and no memory. With the help of a friend, he embarks on a quest of biting the heads of magic-users to find the one responsible for his disturbing new life.

Why it Needs an Adaptation: Dorohedoro juggles gore, humor, and world-building that is unrivaled in the horror genre. The only trouble is that the manga might be too graphic to receive an anime.

Quick Pitch: Emma, Norman, and Ray are orphans that live at the Grace Field House with other foster siblings and are allowed to do pretty much anything. However, they are forbidden to leave the compound or go to the gate. The children think nothing of this simple rule until they discover the fate of one of their recently adopted sibling.

Quick pitch: 35-year-old Hideo Suzuki works as a manga assistant after his own series fails to meet sales goals. His mundane life is filled with frustration due to unfulfilled goals, failed relationships, and hallucinations. However, Hideo’s life changes after learning about a disease that turns people into homicidal maniacs.

Why it Needs an Adaptation: I Am a Hero is considered a modern masterpiece for examining how society would fall apart during a zombie apocalypse. Suzuki’s thrilling quest for survival has been adapted into a critically-acclaimed live-action movie, and there’s no reason an anime could be just as good.

Quick Pitch: Kurozuchou is cursed coastal town. According to Shuichi Saito, the town is haunted by the spiral. The hypnotic shape manifests in different ways and spreads unescapable madness.

Why it Needs an Adaptation: Uzumaki is widely considered as Junji Ito’s best and scariest story. The story of madness could be adapted into a great anime, but perhaps the pressure is too great. 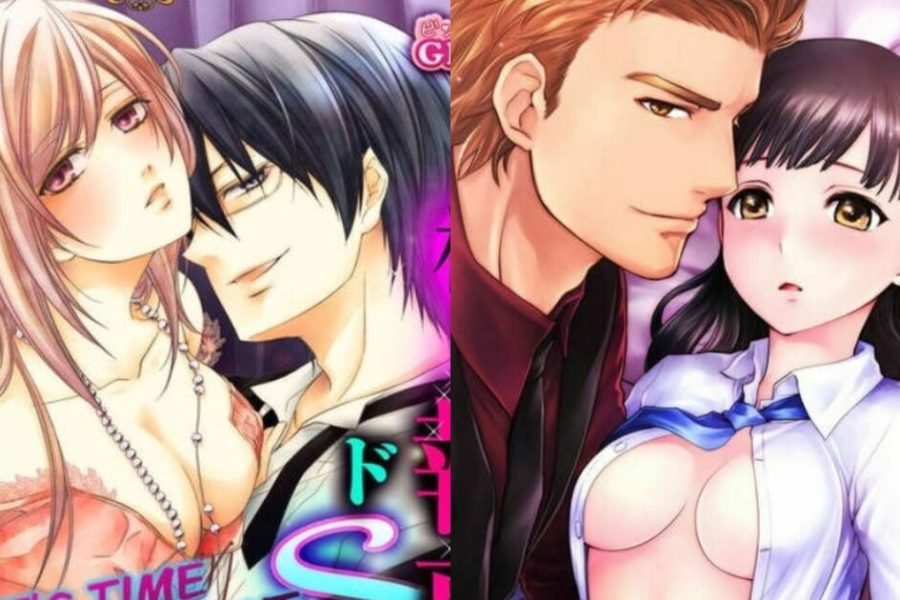