Yes, you read the title correctly!

There are anime like this where we get to see student and teacher relationships, and today, in this article, we will glance at some of the best ones.

Let’s not waste any more time.

So, here are the best anime about student and teacher relationships!

Negi decides to teach a class full of girls to show that he is just as good at magic as his father.

He wants to show that he can be a good wizard like his father and fit in with society.

He doesn’t have to teach them, and he also avoids their flirting and temptations.

He has to deal with more than just girls. He also has to fight the darkness.

Miru tights is a story about a group of girls who all wear tights made of silk and nylon.

How their friendships grow stronger and how much they enjoy school, laughter, and happiness.

But we’re talking about the relationship between a student and a teacher.

It happens in a certain episode. The episodes are short, but they are still fun to watch.

Onohara is a 17-year-old high school student, and she is hiding something from everyone.

She is married to her physics teacher. That is the secret.

Even though Ichimaru wants their relationship to grow, there are always things that get in the way, like Onohara’s father or other third parties.

A time when people and aliens lived together. Kusanagi falls in love with his teacher, who is an alien.

It is a story about a human and an alien who falls in love. They also end up getting married to each other.

Now they have to keep it a secret from everyone, which is pretty funny to watch.

Hana’s old classmate Okito, who is now a teacher at that school, found out that she was pretending to be a student.

Hana was helping her cousin, but it turned out that her cousin went to school instead of Hana.

Okito doesn’t tell Hana about the secret. Instead, he keeps it to himself, and their story starts with a kiss.

Even though it’s not okay for a student and a teacher to be close, this is a special case.

Daisuke, who is 23 years old, got his first job as a teacher at an elementary school.

where a student falls in love with him and calls herself Aoki’s girlfriend.

Even though she knows that he might lose his job, she goes after him very hard.

Aokiji’s problem keeps getting worse as more and more of his friends, family, relatives, and peers get involved.

18. My Matchmaking Partner is My Student and Troublemaker

We all wanted to go after the teacher we liked, but we didn’t. But anime makes our dreams come true.

Souji, our boy, did it. He switched places with his brother, who was going to meet Nano to get married, so he could be with her sensei Nano.

Nano also likes shouji, but because he is one of her students, she can’t decide.

Even though their families are okay with them getting married. But what matters is that both of them want each other.

Well, I know it’s not like a teacher and a student. But it’s between a teenager in school and a man with a job.

They started meeting on the train every Monday while he was helping her as her bodyguard.

But the reason I chose this anime is that you don’t have to be a teacher to teach something.

You can meet people you don’t know and learn a lot from them, like the people in this show did.

I know it’s not about how the student and teacher get along. It shows Hachiman’s love life when he was a teen.

But his teacher Shizuka has a relationship with him as a student. He even told her that he would marry her if no one else would. He thinks she’s pretty.

Both of them had good times with each other. It would have been great for their relationship if they were the main characters in the show.

Amawa Hibiki is a recent college graduate who is having a hard time finding a suitable job for himself.

He heads to the local middle school to get hired as a teacher.

However, the principal refuses to hire him as she only takes female teachers, and more than she hates men.

He didn’t give up and, with the help of his landlady, he cross-dresses himself as a female teacher and gets hired instantly!

This anime is about Kanata Age who is a skilled – swordsman and lives in the floating wizard academy city of “MIsutogan.”

He was once known as the “Black Master Swordsman”.

However, he is now despised as a traitor.

To repair his damaged reputation, he has been assigned the duty of teaching magic to a team named E601.

In this anime, we will have a look at life through the eyes of Nozomu Itoshiki, a deeply pessimistic high school teacher at an unnamed high school who sees everything in a negative light.

Also Read:  10 Best Boxing Anime and Manga of All Time

He thinks that his life isn’t worth living and on top of that he has to deal with a bunch of students who have different personalities just extreme as his.

The story revolves around a middle school teacher by the name of Nobunaga who is single and has a knack for gal-games.

He keeps dreaming about experiencing the gal – game – like situations.

The whole plot leads to a comedy-filled romance story when out of the blue a girl appears before him.

The girl announces that she was his bride but the only problem is that this girl is a bit young for him.

This story is about a middle school teacher named Satoshi Yabe who is newly – hired and assigned to teach class 6 – 3 that contains the troublesome Marui triplets.

He falls in love with a nurse and as the episode progresses so does their love.

The Marui Triplets try to lead the teacher and the clumsy nurse together.

As this is a Slice of Life Anime, it doesn’t have much story to it so each episode is divided into mini fun–based plot.

The story, in brief, centers around three girls (Anzu, Hiiragi, and Koume) who attend a lively kindergarten and their teacher, Naozomi Tsuchida, who is a recent college graduate.

There they have lots of adventure.

Anzu decides that she is going to marry Tuschi and does what she can to try to gain his romantic interest.

The story centers around a young man named Junichiro who is obsessed with games, manga, and anime.

At the age of 17, he used to publish Journals about Nature and Science.

However, he became a NEET after his graduation.

Her sister could not bear to see him like this, so she got him to work at the academy that she attends.

Junichirou is assigned as a teacher by the head of the school’s boarding committee.

The story centers around a young boy named Ayumu who suffers from a disease that makes him start to turn to stone whenever he’s stressed.

He wanted to have a “sparkly youth,” so he changed his style and hair and became more fashionable.

His homeroom teacher notices this change and told him that his stone transformation is beautiful.

Ayumu begins to develop feelings for his teacher in the process!

Also known as Scum’s Wish, this anime is about a girl named Hanabi who has loved her brother for many years.

Narumi, her brother, is her homeroom teacher and is in love with the music teacher, Akane.

Things become more twisted for Hanabi when she gets to know that another student in her class, Mugi, is in love with Akane.

The two unrequited ones start to examine the thought of becoming each other’s partner.

Masahiro Setagawa is a hopeless delinquent who often gets bullied by his neighbors.

Oshiba’s fighting abilities have earned him a powerful reputation and for some reason, he desires to protect Setagawa.

5. Why the hell are you here, Teacher?

Ichiro’s teacher Kojima is known as the “Demon Teacher.”

However, she seems to be clumsy around him.

These are known as “demi” who have lived alongside humans for ages under persecution.

In a world where half–human and a half–monster hybrids are integrated into society, there is a teacher named Tetsuo Takahashi.

He sets up interviews with the Monster girls to know more about them.

This anime follows a high school student, Kusanagi Kei as he falls in love with his teacher who is an alien.

Later, in the anime, they got married and kept their relationship a secret until the head of the school finds out.

Natsuo, a high school student, is unconditionally and hopelessly in love with his teacher, Hina.

Since he knows that he has no chance with his teacher, he lets his friends talk to him, going to a mixer where he meets a moody girl named Rui and ends up sleeping with her.

Soon after, his father announces that he is getting married again to a woman with two daughters.

Things became complicated when he got to know that his step-sisters were none other than Rui and Hina.

One day, Takao skips his school to sketch in a rainy garden, and there he meets Yukino.

Later, she is revealed to be a teacher at his school.

Both of them continued to meet each other at the same spot.

Takao realizes that he has feelings for her.

But the rainy season is coming to an end, he wonders if he has enough time left to confess his feelings! 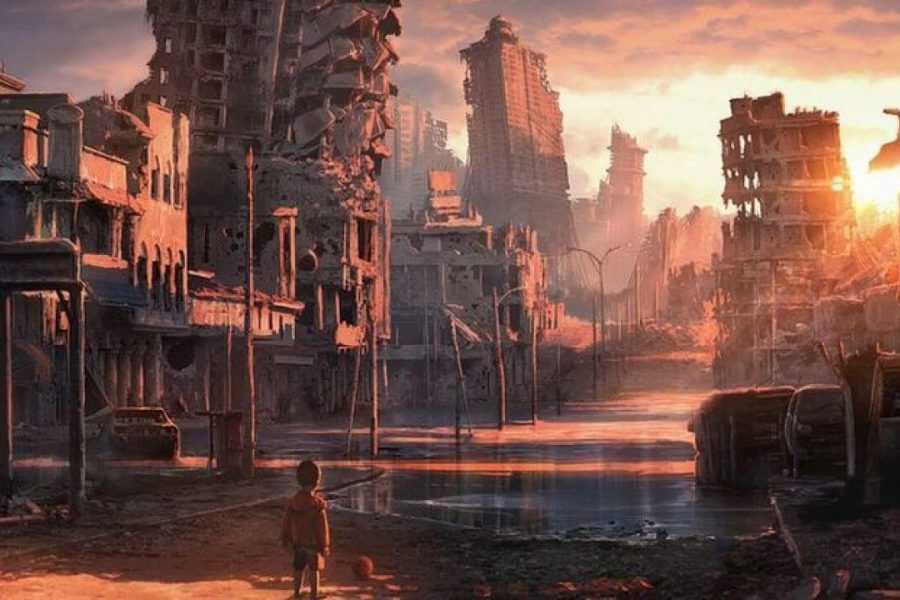