Today we are discussing the 9 best Imouto anime that you should watch. There are many types Imouto anime series that you can watch every single character is not the same, same as real life, some take care of everything in the house like cleaning to cooking and some may be relying heavily on others.

Some imouto can bully MC and some are protective about their older sibling and yes in some caes you might some imouto with brother complex (brocon) and like wise the onii-san (Big brother) can have sister complex (siscon).

So here we are discussing 9 anime that we find you might enjoy watching. and if you want to know in detail what does the Imouto mean ? then we highly recommend reading our this article What Does Imouto & Himouto Mean?

The most beautiful among many likes her hair tied in two ponies.

However, the perfect ladyship is also courted by her jealous attitude, which later turns out to bring a positive change in her ways of looking at someone.

The plot is rather sad, but the middle takes you through many wonderful implications of loving and making love alike.

This Pisces personality is a very colourful girl.

Often represented as careless and dumb, Komachi has a very intense relationship with her brother.

She is a popular girl who mostly prefers to stay in her school uniform, and to be rigorous, looks perfect on her.

She is a better cook than a lot of girls in anime.

Though the innuendos aren’t very exotic, the storyline is a smooth flow with all the ups and downs in the severity of romantic tension.

The youngest Minami sister, Chiaki Minami, is a tall looking petite girl who likes to wear short skirts with plates.

To call her a nerd would be demeaning, but apparently, she is an A grade student who can be seen many times reading or studying.

The dynamics of her bond with her sister are otherworldly and inspiring.

You will find many pairings, some of which would never be expected, but each brings fun and excitement and a bit of hormonal surprise to keep it pure.

Her picturesque is complete with the word- scream.

She can be seen shouting almost in each episode.

She is bold, clever, and angry.

But that frowny face does not do injustice to the contrast she fulfils in delivering cuteness wherever she goes.

But when observed keenly, she is shy, social, submissive to her role as a working and careful lady.

She also has the power to deduce people’s thoughts by their expressions as well.

This human form of a purple sister is an insight into everything Pernambucano, which is a race to be specific.

She goes from a confident gal to reimburse a scared outlook in the game whenever something dangerous seems to occur with her elder sister Neptune.

They both study in the same school, namely Fist High School.

Now by the looks of it, she is a very slender looking gal.

But it looks so good, and it captivates you in the scenes.

Miyuki has a slight mischievous attitude towards Mikihiko and Mizuki.

Suguha is the main lady act who is a cousin to Kirigaya Kazuto and is raised alongside him.

But, her body physique, due to kendo training, is very ardent.

Her bust, waist and other structural personality is very demanding and carries a dominating presence throughout.

She is very social and creative when it comes to starting conversations.

Overall, as an imouto, Suguha Kirigaya is a typical outburst in the minds of those who love to watch anime.

Mikan Yuuki is a responsible character who keeps herself busy with household tasks even though being so young of an age.

She represents an arduous personality, easeful and maturer than her siblings.

Mikan gets attached to Yami, who is an attractive male character and gets the attention of the opposite s*x in a click.

The composite is very wide when you get involved in the storyline.

The youngest member of the Aragari family, Tsukihi, is a phoenix who has the traits of humans.

The plot is inductively conspiring as it creates a relationship dynamic.

She has an indifferent sense of style and can see wearing a hair clip resembling egg yolk.

She is short-tempered but sensitive.

Tsukihi spends most of her vacation at home dealing with the elder siblings in the house. 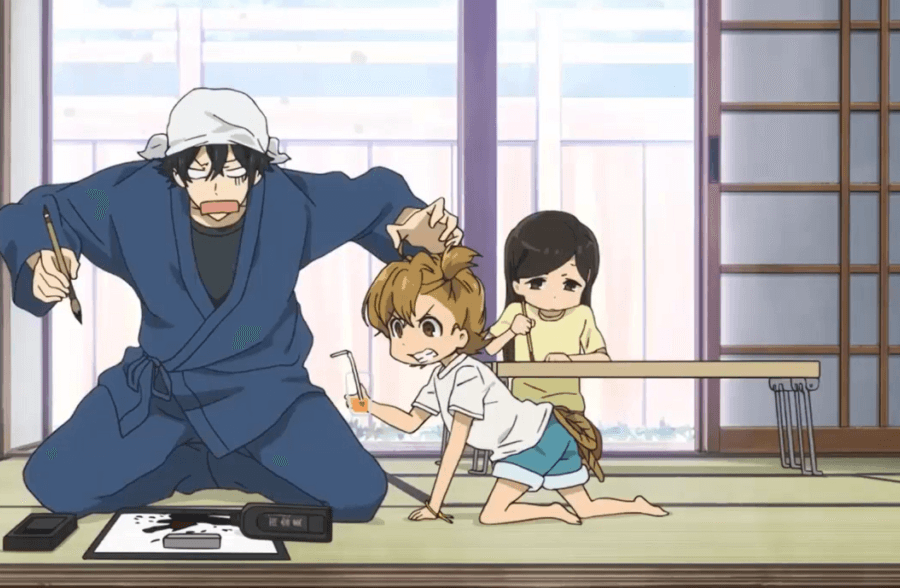