KonoSuba is one of the most popular comedy anime series thanks its parodies of the isekai genre and video game tropes.

The story focuses on a NEET who gets re-incarnated in a fantasy world after an embarrassing death while buying a video game.

Here are some similarly themed anime like KonoSuba you should check out!

Quick pitch: The Demon Lord Satan was about to conquer the land of Ente Isla, but he plans are stopped by a hero named Emilia. Forced to flee through a portal, Satan finds himself in modern day Tokyo. With no powers or money, he finds a part-time job at a fast food joint called MgRonald’s just so he can pay rent.

Watch if: You enjoy anime like KonoSuba​’s unique take on the isekai general. The Devil is a Part-Timer! is more of a reverse-isekai in that a fantasy character enters the real world.

5. Is It Wrong to Pick Up Girls in a Dungeon?

Quick pitch: Bell has hopes of becoming a great adventurer so he can impress his crush Ais. In order to become an adventurer, a person must join a familial. Since Bell is incredibly weak, he can only join Hestia’s familial…and is her only member.

Watch if: You love anime like KonoSuba​’s video game and adventure parodies. DanMachi is not an isekai anime, but it does have a lot of callbacks and tropes related to old-school adventure games.

Quick pitch: Jin carves a statue out of a sacred tree trunk for a school project. To Jin’s surprise, the statue transforms into a goddess named Nagi, who takes her anger out on Jin for destroying her tree.

Watch if: You enjoy anime like KonoSuba purely for the antics of Aqua, Darkness, and Megumin.

Quick pitch: While playing an MMORPG, Kon receives an online request from a female character. Thinking he found an online girlfriend, Kon is mysteriously taken to a fantasy world and accidently saves a princess. With no way to back home, Kon becomes a member of the princess’ honor guard.

Watch if: You want a series that is as close to KonoSuba as possible. Ixion Saga DT has a faster and wilder sense of humor, but is filled with parodies.

Quick pitch: Shinichi is an otaku thanks to having a light novel author as a father and an eroge illustrator as a mother. While his “special knowledge” has no use in the real world, he is chosen by the government to be a moe missionary to a fantasy world.

Watch if: You enjoy KonoSuba​’s light and comedic take on the isekai genre.

Quick pitch: 1,000 years ago, the Demon King wrecked havoc in the human realm until he was sealed away by the hero Creasion. In present time, a hole has appeared which acts as a gate between the demon and human realms.

It is up to Creasion’s descendent to re-seal the Demon King…but there are 75 possible candidates! Alba is number 45, and with the help of the sadistic knight Ross, he embarks on a journey to fulfill his possible destiny.

Watch if: You love KonoSuba‘s jokes about video games and the isekai genre. Senyuu. was among the first series to parody both topics, albeit in a short form format. 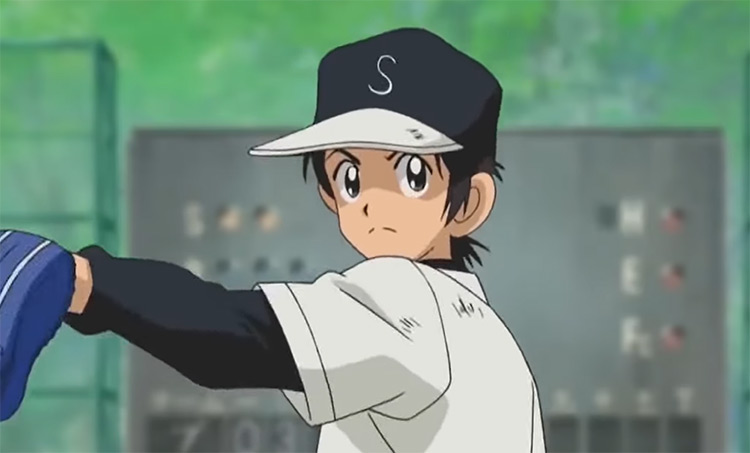