Hey otaku’s you must be wondering what are Anime Aesthetically Pleasing to watch. Well… there is a saying never judge a book by its cover but as we all know we judge most of the thing how they look because we are 70% visual according to science so it can’t be helped.

and if we talk about anime then i believe anime is nothing without good visuals yes story and plots matters but with a pleasing look we can’t enjoy anime to its fullest.

without aesthetic anime it has nothing to stand on. So with that in mind here i present to you this list with anime aesthetically pleasing to watch.

Since Yona is the only princess of a grand kingdom, she has been raised with great care by her doting father and protected by her childhood friend/guard Son Haku and others.

However, her fate changes on her 16th birthday, when her beloved cousin Suwon murders her father to claim the throne. She flees the castle to Son Haku’s hometown and begins her new life.

Other name: Yona of the Dawn, Yona: The girl standing in the blush of dawn, 暁のヨナ

When Hitagi falls down the stairs into his arms, he discovers he weighs almost nothing, and offers her help from a middle-aged man.

Koyomi encounters different apparitions in a series of interconnected stories.

Oreki Hotaro is a high school boy, who always acts passively. One day, he enters “Koten Bu (Classic Literature Club)” as recommended by his elder sister.

There he meets Chitanda Eru, Fukube Satoshi, and Ibara Mayaka. Chitanda is a calm beautiful girl but she turns into an embodiment of curiosity once she says, “I’m interested in it (Watashi, Kininarimasu)”.

Fukube is a smiling boy with a fantastic memory, he never deduces anything on his own. Ibara is a short girl and is strict with others and herself. She loves Fukube, but he always dodges her approaches.

They begin to investigate a case that occurred 33 years ago. Hints of the mystery are buried in an old collection of works of the former members of Koten Club. The collection is titled “Hyouka”.

Kobayashi lives alone in an apartment, until one day, Tooru appeared and they ended up living together.

Tooru looks down on humans as inferior and foolish, but having been saved by Kobayashi-san, she does everything she can to repay the debt and help her with various things, although not everything goes according to plan.

A mythical everyday life comedy about a hard working office lady living with a dragon girl.

Madoka, an ordinary second year of Third Takihara Junior High; one day, a girl named Homura that looks exactly as she appears in Madoka’s dream transferred to her school.

Also Read:  25 Sexy Anime That Are Too Sexy to Air on TV

From that meeting with a miraculous girl, Madoka have to stand against her new fate as a magical girl.

We have met, for each of us to walk forward.Takao, who is training to become a shoemaker, skipped school and is sketching shoes in a Japanese-style garden. He meets a mysterious woman, Yukino, who is older than him.

Then, without arranging the times, the two start to see each other again and again, but only on rainy days. They deepen their relationship and open up to each other. But the end of the rainy season soon approaches…

Other name: The Garden of Words, 言の葉の庭

11. Kabaneri Of The Iron Fortress

As the world is in the middle of an industrial revolution, a monster appears that cannot be defeated unless its heart, which is protected by a layer of iron, is pierced. By infecting humans with its bite, the monster can create aggressive and undead creatures known as Kabane.

On the island Hinomoto, located in the far east, people have built stations to shelter themselves from these creatures. People access the station, as well as transport wares between them, with the help of a locomotive running on steam, called Hayajiro.

Ikoma, a boy who lives in the Aragane station and helps to build Hayajiro, creates his own weapon called Tsuranukizutsu in order to defeat the creatures. One day, as he waits for an opportunity to use his weapon, he meets a girl named Mumei, who is excused from the mandatory Kabane inspection.

During the night, Ikuma meets Mumei again as he sees Hayajiro going out of control. The staff on the locomotive has turned into the creatures. The station, now under attack by Kabane, is the opportunity Ikoma has been looking for.

Other name: Kabaneri of the Iron Fortress, 甲鉄城のカバネリ

10. KINO NO TABI: THE BEAUTIFUL WORLD

Composed in the form of a series of short stories, this is the story of the travels and observations of the human Kino and the talking motorbike Hermes.

Kino and Hermes visit various fantastic countries – a country that can’t coexist with others due to the development of telepathy; a country striving to make everything equal, whose residents are extremely united; and so on.

Small ripples are formed in the everyday lives of the people living in the various countries by the appearances of the unusual Kino.

These ripples gradually become a major influence, rattling the foundations of their normal lives. What will Kino and Hermes see in their travels? And what will be left in the hearts and minds of the people they encounter?

Hatori Chise is only 16, but she has lost far more than most. With neither family nor hope, it seems all doors are closed to her. But, a chance encounter began to turn the rusted wheels of fate.

In her darkest hour, a mysterious magus appears before Chise, offering a chance she couldn’t turn down. This magus who seems closer to demon than human, will he bring her the light she desperately seeks, or drown her in ever deeper shadows?

There are words Violet heard on the battlefield, which she cannot forget. These words were given to her by someone she holds dear, more than anyone else. She does not yet know their meaning.

A certain point in time, in the continent of Telesis. The great war which divided the continent into North and South has ended after four years, and the people are welcoming a new generation.

Violet Evergarden, a young girl formerly known as “the weapon,” has left the battlefield to start a new life at CH Postal Service. There, she is deeply moved by the work of “Auto Memories Dolls,” who carry people’s thoughts and convert them into words.

Violet begins her journey as an Auto Memories Doll, and comes face to face with various people’s emotions and differing shapes of love. All the while searching for the meaning of those words.

Shirayuki was a young girl born with unique apple-red hair. She meets a famous but foolish Prince Raji, who falls in love with her at first sight and orders her to become his concubine.

With nowhere else to go, Shirayuki cuts her hair and escapes to a neighboring country. While traversing through the forests, she meets a young boy, Zen, who helps her after she boldly cures his wounds but then gets poisoned by an apple given to Shirayuki.

Meanwhile, Prince Raji sends out henchmen to search for her. What will happen to Shirayuki? What is Zen’s true character? A refreshing fantasy story between an optimistic heroine and a prince who constantly stays on her watch

Other name: Snow White with the Red Hair, 赤髪の白雪姫

On a summer day… Suddenly, an immense terrorist bomb struck Tokyo.The culprits behind the act that woke up this complacent nation, were just two boys. The culprits known as Sphinx now, begin a massive game that envelopes Japan.

Other name: Terror in Resonance, 残響のテロル

One morning, Naho Takamiya receives a letter in the mail claiming to be from herself 10 years in the future. The letter reveals a series of events that are supposed to take place that day.

At first, Naho thinks it’s just a prank; but when the letter mentions a transfer student named Kakeru Naruse, who really ends up transferring into her class later that day, she is forced to believe in its contents.

As Naho continues to read the letter, her future self mentions several regrets, urging Naho to take the right decisions now.

Somehow these regrets all seem to be connected to Kakeru, and with the burden of the knowledge that the boy wouldn’t be with her and her friends in the future, will Naho be able to make the perfect choices that will alter what seems to be fate?

Akko has been fascinated with magic from the moment she had seen her first magic show. Now, she is enrolling into Luna Nova Magic School, a famous school for magic in Europe.

However, contrary to her expectations, she is finding that lessons are boring. Magic lessons are staid and conservative, and not at all exciting.

One day, an emergency occurs threatening to destroy the school, and it is up to Akko to save the day!

Set in Japan in the year 2071 where the world has been mostly destroyed by mysterious monsters known as the Aragami.

An organization known as Fenrir was made to exterminate Aragami using weapons called God Arcs which is made from the cells of an Aragami.

Those who specialize in exterminating Aragami are known as God Eaters. Originally God Eaters had one type in which their God Arcs can only keep gun form or blade form.

however a new type has been discovered that can switch between gun and blade form. Since then, they have been classified new-types and the previous as old-types.

Accepting the post of Royal Tutor at the court of the king of Grannzreich, Heine Wittgenstein is a little professor with a big job ahead! Each of the kingdom’s four princes has a rather distinct personality.

Does their diminutive new instructor have what it takes to lay down some learning? It’s a comedy of educational proportions!

Other name: The Royal Tutor, 王室教師ハイネ

1. Land Of The Lustrous

In the distant future, a new immortal and genderless life form called Gems populate the Earth. The 28 Gems must fight against the Moon Dwellers, who attack them regularly to abduct them and to turn them into decorations.

Each Gem is assigned a role, such as a fighter or a medic. Being only 300 years old, Phosphophyllite is the youngest of the Gems and has no assignment yet.

He wants to help to fight the Moon Dwellers, but is too weak and brittle for battle. One day the master of Gems, Kongou (Adamantine), assigns him the task of creating a natural history encyclopedia.

Other name: Country of Jewels, Land of the Lustrous, 宝石の国 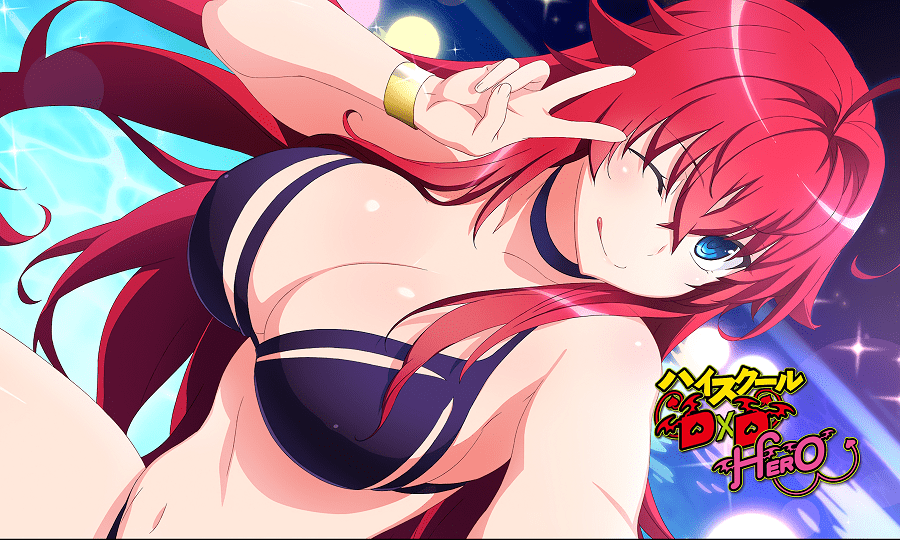