Luffy’s mother has always been a mystery that we need not necessarily solve.

Just after the completion of the Enies Lobby Arc, Garp told u about Luffy’s father, the world-famous criminal Monkey. D. Dragon.

Well, there are a bunch of theories floating around and we will discuss the prominent ones.

Sir Crocodile or famously known as the “Croco-mom Theory”: Yes. The theory is that Sir Crocodile is Luffy’s mother. As bizarre as it sounds, this is probably the most credible theory we have as to who Luffy’s mother is since Oda-Sensei doesn’t really care.

One Piece is a story that tells us that bonds of the heart are more important than bonds of blood. Thus, with canon data whatever we have until now and some heavy theorizing and speculation, Croco-mom is the best theory that explains Luffy’s mother. It might sound unreasonable at first, but there’s a couple of different reasons for it.

Since the introduction of Ivankov, the concept of gender-bending has become canon in the One Piece world.

According to his interaction with Sir Crocodile in Impel Down, Ivankov seems to know a ‘secret’ or ‘weakness’ (official translation) about Sir Crocodile.

It is a secret that Crocodile wants to protect enough for him to work with Luffy who overthrew his entire plan to conquer a country, which he was inches away from succeeding.

Crocodile’s entry in One Piece Vivre Card Databook makes a specific statement about the relationship between Crocodile and Ivankov stating, “He’s got a ‘weakness’ when it comes to his past that he can’t oppose. He definitely owes something that Ivankov gave to him.”

Now, what could Ivankov’s Horm-Horm fruit have given Crocodile? The ‘Homr-Horm’ has a lot of abilities including gender-swapping, healing, stamina, growth, and so on.

Since Crocodile is a logia fruit user in the Paradise part of the Grand Line and him being seen as a notoriously benevolent pirate catcher, it is strange to think of Crocodile to either need healing or want plastic surgery from Ivankov.

What makes sense though and would be an embarrassing reveal is that he got turned into a woman by Ivankov.

This solidifies and gives much more credibility to the theory of Fem-Croc.

The ‘Sir’ in Sir Crocodile is an explicit implication of being a man, which isn’t found in any other characters as if he is trying to reinforce his manhood or get over a traumatizing incident.

Ivankov is a high-ranking member of the revolutionary army which has the main purpose of taking down the world government. One thing that will help take down the World Government is…well…maybe an ancient weapon or two?

It is worth noting that at this point Crocodile also has Nico Robin by his side who he was using to decode Ponegliffs to be able to find the location of the ancient weapons. Robin was already known as the ‘Light of Revolution’ 10 years before the Battle of Marineford.

According to SBS Volume 78, Sir Crocodile was a Shichibukai by his mid-twenties which is about 20 years before the current timeline which is around 8 years before Kuma became a Warlord.

Kuma was doing the job of getting intel from the Marines and the World Government to the Revolutionary Army. He also was able to prevent heavy Marine action. For eg, if it hadn’t been for Kuma on Sabaody, the entire Straw Hat would’ve been over then and there.

Having a Shichibukai as a member meant that not only would the Revolutionary Army be able to gather intel by infiltration and plan their moves accordingly, but also being able to access restricted government facilities like Punk Hazard as Law did casually under the pretext of a ‘vacation house’.

Once they approached Crocodile, they encountered Robin and decided that they could have a deal for Robin to join the Revolutionary Army instead if he refused.

Robin, at this point, did not really care since she had not met Luffy and the crew and just wanted to use either side to get to her purpose in the end.

Since there was already a Ponegliff on Alabasta, Robin decided that it was beneficial for her to stay with Crocodile at this moment to be able to read this Ponegliff.

Sticking with the Revolutionary Army also meant declaring a complete opposition against the World Government and also burdening good people with her past and presence.

Being with Crocodile allowed her to be invisible since he was running an underground criminal organization under a false name and it would also help her gain his trust.

Considering Robin’s point of view, she would benefit from staying with Crocodile when she is so close to the Ponegliff rather than going off with the Revolutionary Army.

In order to persuade him or just play around, Ivankov turned Crocodile into a woman. During this time Madam Crocodile and Dragon would conceive Luffy and Crocodile immediately disregarded any attachment, demanded to turn back into a man, sent the Revolutionary Army off along with Luffy, refusing either his or Robin’s assistance.

In the SBS of Volume 44 when a reader asked if Oda would draw Luffy’s parents, Oda replied with “His parents? Well, I think you will be pleased with the next volume.

Get excited!” And yet Oda did not show us any significant characters with the possibility of being Luffy’s mother in Volume 45. It could be one of his subtle signs that she’s dead like Ace’s mother or isn’t even significant enough to mention.

Dadan: The second theory comes from Oda’s description of what he wants to draw as Luffy’s mother. She is definitely not a young attractive woman.

She is a strict middle-aged woman with permed hair which aptly describes Dada’s looks. She was introduced soon after Oda made this comment.

So, it would be okay to assume that Oda had Dadan in mind while describing Luffy’s mother.

Got your own theories? Let us know in the comments below! We’d love to hear from you! 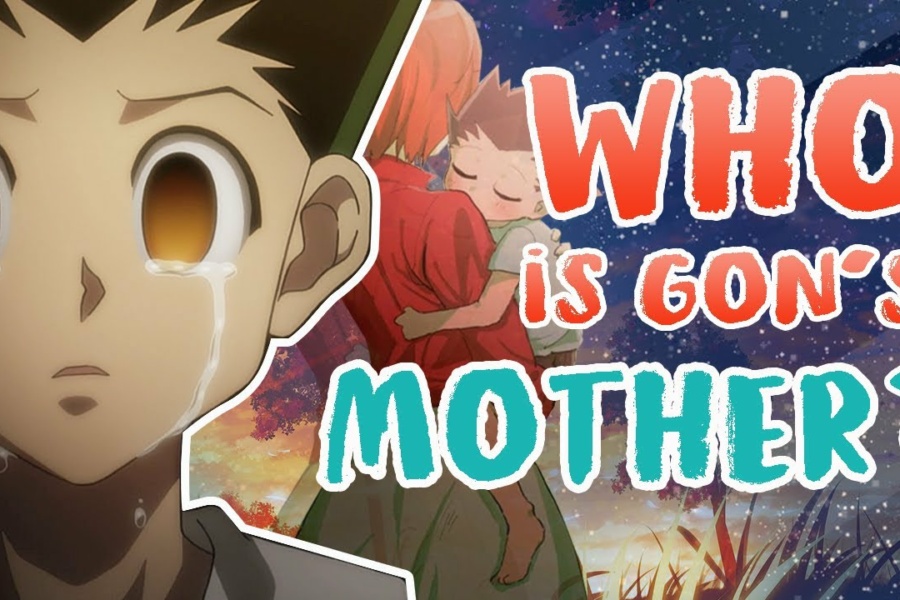