Revenge-based anime has a separate fan base, this type of anime is full of action, suspense, and thriller.

And if you are looking for an anime about revenge then you are in the right place,

A samurai lord offered away the organs of his newborn infant to forty-eight demons in exchange for dominance on the battlefield.

Yet the abandoned infant survives by a doctor and the child decides to take revenge on those who did wrong to him. He was ready to kill demons and foes because with each death he recovers his one part.

On his journey, he meets an orphan boy Dororo. The two boys decide to fight together for their survival.

It is Dark Fantasy, High fantasy, Sword, and sorcery drama.

Guts is the leader of a mercenary band known as Band of the Hawk, he knows he destines to suffer, he’s going to have a cruel end.

In a world infested with evil, he wants to kill a man who took advantage of him. He makes friends and goes on a journey to take revenge.

the city of Fukuoku is filled with criminals and detectives who try to catch them.

Zenji Banba is trying his best to stop criminals but for him, it is not an easy word to do.

But one day when an organization sends Lin, a hitman to kill Banba, instead of killing Banba he decides to join hands with him to eradicate crime from the city.

Also Read:  10 Mafia Anime Series if You Like Gangsters

12. Blade of the Immortal

Blade of the immortal is an action drama.

Manji has turned into an immortal swordsman; he was not able to protect his little sister so he swore to kill a thousand villains.

In his journey to kill villains, he meets a little girl, Rin, who lost her parents to a swordsmen group known as Itto-Ryu.

This anime has quite an interesting storyline.

The story takes place in the year 1930, a group of people known as “jaegers” goes on slaying vampires.

Amongst them, there is a werewolf, Yuliy, who lost his village to vampires. Since then, he is

This is a perfect revenge anime to watch.

Blast of tempest is Dark Fantasy, Mystery anime. This anime has quite unique plot

Hakaze the princess of the Kusaribe clan gets betrayed by the people of her own clan, they seek to revive the tree of Exodus, but she knows it can put whole humanity in danger.

But Hakaze has little magic so seeks help from Mahiro Fuwa, who agrees to help her on one condition: if she can track the murderer of her sister.

Claymore is an anime that combines adventure fiction, dark fantasy, sword and sorcery, and magic.

The story is set in a world where monsters known as Yoma can blend into human society by taking on human appearances, and they feed on humans.

There exist Claymores, who are half-demon, and half-human, and are meant to stop demons.

Raki, a young boy banished from a village, joins the journey with a claymore named Clare.

It’s the story of Angelo Lagusa and his quest to seek revenge against the Vanetti Family.

Angelo Lagusa, a young man whose family was murdered in a mafia dispute while he was the only one to survive,

Seven years later he gets a letter with the name of the people who murdered his family and he decides to end each of the men involved in the killing of his family.

The way the writer has narrated the story and described Angelo’s character is beautiful, it’s anime with a much darker theme, and things like violence, gruesome killings, and fast pacing are inevitable.

So it may not please all but with each episode, the story gonna progress and gets really compelling.

But the last son of the Belmont clan, Trevor Belmont decides to fight against Dracula.

This anime has excellent action scenes and a great storyline.

Yona of the Dawn is Adventure fiction, High fantasy anime.

Princess Yona was living a peaceful life in her palace; she had no problem except wanting to get married to her cousin su-won.

But one day her father gets murdered, and Yona had to escape from the kingdom along with her bodyguard. How will she reclaim her kingdom?

Shu Ouma is a boy who acquires an ability known as the Power of King that enables him to draw out weapons from another person.

Keyaruga was a hero of healing so he was used by the princess and her brutal underlings for healing.

One day in a fight with the demon king he finds an item that has the power to revert time.

Keyaruga becomes the hero of healing and gets used by the princess and her brutal underlings.

But in a fight with the demon king, he finds an item that can revert time.

After going back in time Keyaruga decides to take revenge on the princess and her underlings.

Attack on Titan is Action fiction, Dark Fantasy, Apocalyptic and post-apocalyptic fiction, and Drama. It is one of the popular anime.

The story is set in a world where humanity lives inside cities surrounded by enormous walls, one day the first wall was broken by a Colossal Titan, and as a result, other titans got an opportunity to enter the inside wall.

Eren Jaeger a young boy witnessed his mother getting eaten by a titan. After that Eren swore to kill every single titan from the face of the earth.

This revenge anime has intense actions and a great storyline.

Code Geass is one of the most imaginative animes it is full of surprises.

Japan was conquered by the Holy Empire of Britannia. locals kept on rebelling against the oppression even after the takeover.

Lelouch Lamperouge a Britannian student got caught up in a clash between rebels and the Britannian forces, with a strange girl’s help he got out alive, but also attained a special power called Geass.

Lelouch was using his power to take revenge on Britannia and end the terrible reign of the Empire.

It is one of the best revenge anime.

The story begins with a young boy Thorfinn who always loves to listen to the stories of Vinland were nothing else but peace.

When the war between England and Danes was going on, he and his father set sail but unfortunately his father gets murder by a mercenary leader. 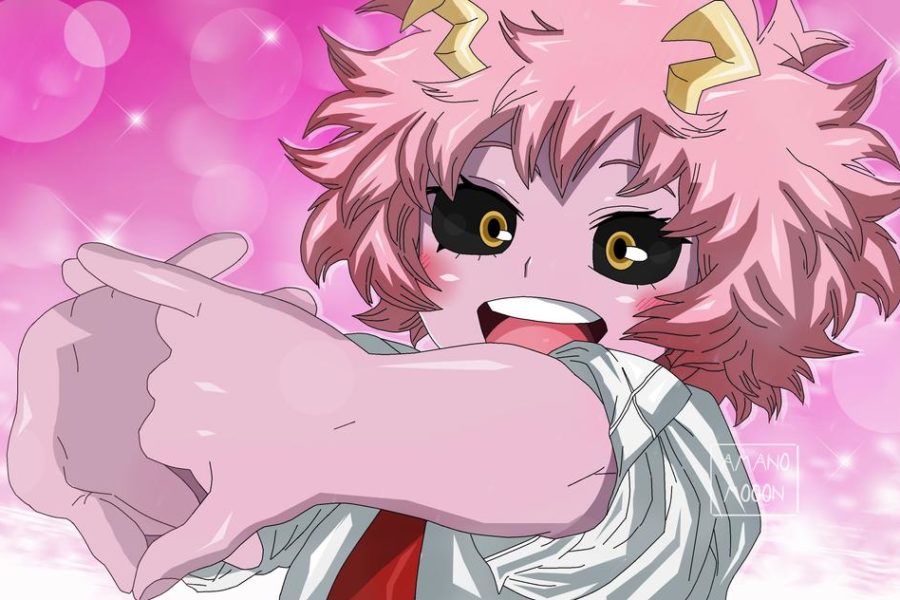