In the previous four decades, Yu-Gi-Oh! has become a shonen anime and manga icon that has impacted fans’ lives.

Yu-Gi-Oh! is one of the few franchises that has lasted as long as it has, and it’s because of its great collection of Duel Monsters.

That is not to suggest that all monsters are equal; rather, the opposite. Certain forms of monsters, or “archetypes,” are much more enduring than others.

Support cards are included in archetypes to help strengthen decks centered around that particular archetype and have a similar string in the titles of their cards.

Let’s examine some of the most recognizable archetypes in the entire Yu-Gi-Oh!

Unfortunately, for a very long time, the Beast type has been incredibly underrepresented. There aren’t many archetypes, and there are even fewer generic Beast-type support cards.

Raccoons are the appropriate archetype for you if you have your heart set on this type.

Similar to raccoons in real life, raccoons in Yugioh are bothersome animals that are challenging to capture.

While the illustrated Raccoon monster may appear unimpressive, teaming it up with other Raccoons and Link monsters can be rather effective. This monster is their greatest boss.

Tri-Brigade, which will be available in late 2020, blends well with other Beast, Beat-Warrior, or Winged Beast-type monsters.

Tri-Brigade main deck monsters are just there to recycle cards and summon more potent monsters in a combination deck that is especially focused on producing Link monsters.

They can therefore be used as an engine alongside other strong archetypes.

Since they are very pricey, you might want to hold off on buying them till a Fraktall reissue.

They are a package that is worth picking up if nothing else.

A straightforward Code Talker deck, which can be found in a variety of starting and structure decks, is an excellent way to get started with Link monsters.

Decks that are entirely built on Cyberse offer a ton of help for searching, drawing, and recycling your way through tactics.

U-linking is fun for Code Talkers, who occupy both Extra Monster Zone locations to entirely block your opponent from Link summoning.

Despite this, the combos can often brick and are challenging to master.

The Dinosaur type at last has enough room to launch itself from the receding memories of Yugioh.

Since they were terrible, no one had bothered to use a Dino deck for a very long time.

However, Ultimate Conductor Tyranno and his buddies have developed into one of the finest decks in the entire game since the publication of the Dinosmasher’s Fury structure deck.

Whether playing casually or competitively, Lost World Dinos will succeed.

After throwing a bunch of dinosaurs into the graveyard, you try your best to call the big boss shown above.

Tyranno, the Ultimate Conductor, is unbeatable and is supported by hand traps and strong trap cards.

Rokkets are a Dragon-type archetype with a dark attribute that combines unique summoning and destruction abilities to obliterate your opponent’s field and summon powerful Link monsters.

Although there is little competition in pure rokkets, most players use a variety of dragon cards to build a Dragon Link deck.

Blue-Eyes is your go-to archetype if you want to build an entire deck (and an additional deck) around one particular archetype.

However, Rokkets are far more competitive than Blue-Eyes decks.

With their relentless burning, recycling, and swarming being too much to handle, Trickstars, now the finest monster archetype in the entire game, twisted the meta upon their release.

A Trickstar deck will undoubtedly drain your bank account, but it is virtually unbeatable.

Trickstars cause a ton of disruption in the form of spell and trap assistance, burning, and swarming.

With no problematic match-ups or countermeasures, they are rather amazing in how much they can do.

Unchained is a strong budget archetype that focuses on taking out cards from both ends of the field.

The Link monsters force an opponent’s monster into a Link summon with them as they destroy one another to summon others from the hand or deck.

Many cards are immune to card effects, making direct use of them as link materials epic.

You do require a few large boss Link monsters, which can be costly, but there are several less expensive options available.

The deck list below should be modified if necessary if you really, genuinely want a pure Fish deck. Since there isn’t a single pure fish archetype to employ, I created it myself.

The large difference between the three Aqua, Fish, and Sea-Serpent varieties indicates a problem with the water attribute.

I think Nimble Fish is the closest thing to a good, pure Fish-type deck you’ll find.

They quickly swarm a large number of fish, just like these creatures might in the real world, and use the Extra Deck to win and do damage.

The Krawler series in Yugioh swarms the quickest of all Insect archetypes.

Based on Flip monsters, all Krawlers have one of three effects—destructive, searching, or recycling—and when they are destroyed, they call out two new Krawlers.

Flip monsters are currently bad in Yugioh, as I’m sure you’re aware.

A monster that is face-down is just a prime candidate for banishment, destruction, or attack so that its impact is reduced.

Drytrons have made a big impact on the competitive Yugioh scene and are currently one of the top-ranked decks.

Every Drytron monster has a ton of potent abilities, such as the ability to special summon cards or recycle/search the cards you require.

The amazing part is that they aren’t even pricey! Such stability is priceless in the competitive arena!

The Ancient Gear monsters were the main attraction in Yu-Gi-Oh! GX, along with the HERO archetype.

These powerful machines, led by the eccentric Vellian Crowler, were adversaries of Jaden’s Elemental Heroes.

Crowler would use his robots as one of the hardest exams his pupils may encounter in the dueling arena as the director of the Duel Academy.

After all this time, Ancient Gear monsters are still one of the strongest game archetypes and can hold their own on the battlefield.

The Buster Blader archetype in Duel Monsters is possibly the best example of fantastic design.

In his fights with his rival, Yugi often got out of trouble thanks to the strong fusions of his warrior monsters.

In addition to incredible power and heavy metal construction, Buster Blader’s distinguishing feature is its capacity to combine with other monsters.

No other monster archetype may represent its signature duelist more accurately. Toon monsters are a satirical take on the other Yu-Gi-Oh! characters.

Maximillian Pegasus, the designer of duel monsters and the antagonist of Yu-Gi-Oh’s first arch, is known for his exuberant Toons.

Toon monsters are famous not only for their appearance but also for their unique playstyle.

They have several annoying effects that they can use on their opponent, making them a real nuisance on the battlefield.

Wheeler may have had a tough start, but by the time his dueling career was through, his deck was far from “fourth-rate,” as Seto Kaiba put it.

The might of the Red-Eyes Black Dragon, the enraged younger brother of the Blue-Eyes, is largely to blame for this.

Red-Eyed monsters more than make up for the Blue-Eyed archetype’s lack of sheer power with their potential.

In the current dueling meta, they are likely one of the most helpful archetypes on this list. They frequently rank among the top competitors in the popular Duel Links smartphone game.

As they are not as power-heavy as some of the other entries before it, Kuriboh is one of the most distinctive archetypes in the game. Instead, Kuriboh monsters are mostly utilized to counterattack and protect.

These are some of the most useful battle effects in the game.

The anime’s depiction of Kuriboh creatures is what gives them their true charm.

The Kuriboh monsters in the anime are renowned for being the main characters’ Spirit companions and owners of various iterations of this card.

The agile Kuribohs, as opposed to Yugi and Jaden’s powerful monsters, provided some of their most epic moves.

One of the more well-known duelists from the anime, Mai Valentine, has the harpies as her defining archetype.

The tenacity of her Harpie Ladies and Mai’s determination to triumph combined to make a potent winning force.

Outside of anime, Harpie monsters are valued by competitive duelists because of their capacity to consistently hold an advantage over their adversaries.

After the debut of the potent “Harpie Channeler” card, the archetype is also one of the best illustrations of the more recent Xyz summoning technique.

Fun fact: Harpies are frequently cited as one of the original duel monster “archetypes.”

Since the very beginning of Yu-Gi-Oh!, the Dark Magician archetype has been a force to be reckoned with thanks to the iconic design of the Magician’s armor and the terrible magical powers that the various spellcasters can deploy.

One of the most iconic monsters in all of Yu-Gi-Oh! is Yugi Muto’s signature creature, known as Black Magician in Japan.

The Dark Magician monsters are the best representation of the supernatural aspect of the genre, serving as Yugi’s ace throughout the entire Yu-Gi-Oh! Duel Monsters anime series.

It is simple to understand why Dark Magician monsters are a fan favorite given that they have appeared in some of the most dramatic events in Yu-Gi-Oh! history.

Seto Kaiba’s ace card is one of the most potent monsters ever created and is arguably the most well-known individual monster in all of Duel Monsters.

The Blue-Eyes White Dragon, which had unmatched attack power in Yu-Gi-Oh’s years, is still one of the most threatening archetypes nearly two decades later.

Players can strengthen their destructive dragons with a variety of support cards available in the broader Blue-Eyes archetype.

More epic scenes in the anime featured the Blue-Eyes White Dragon than any other archetype.

They served as a formidable foe for Yugi to defeat, but when the audience turned against Yugi and supported Kaiba, they emerged as the episode’s heroes.

Perhaps the most recognizable fusion monster in the entire Yu-Gi-Oh universe is the Blue-Eyes Ultimate Dragon, a three-headed fusion of three normal Blue-Eyes.

Overall, whether in anime, manga, or real life, Blue-Eyes is the only monster archetype that can compete with it. 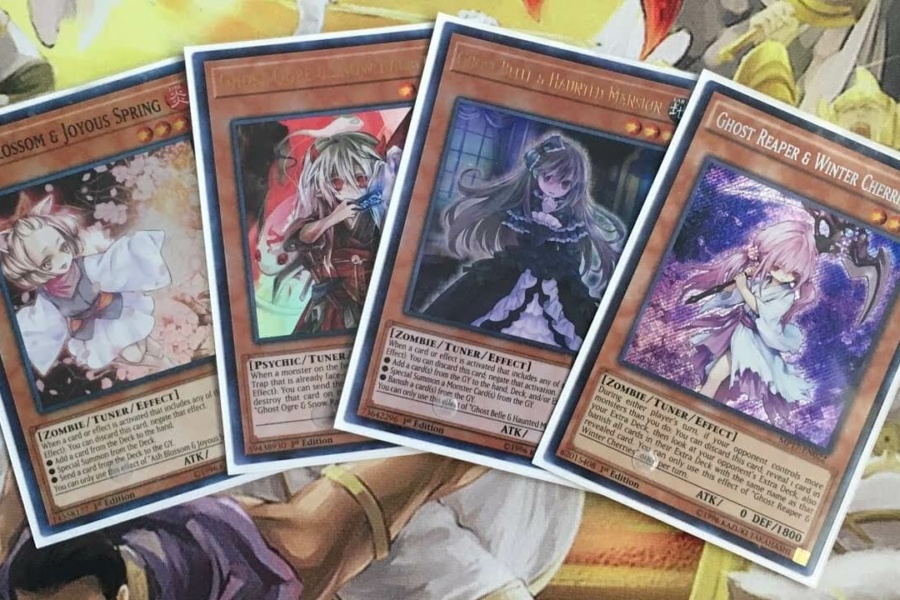