Yugioh has so many different archetypes that it seems like every player may have a favorite. There are fire dragons, enormous warriors, ghosts, dinosaurs, and more.

But occasionally, you desire a different style of deck.

One that presents an entirely distinct theme from those mentioned above. Or perhaps you want to start playing Yugioh but prefer something a little more endearing.

There are several cute archetypes, all of the varying feasibility.

Naturally, the vast majority of moral prototypes won’t win tournaments. There are, however, at least 15 with respectable power levels and a handful who can compete.

There are several amazing machine archetypes in the Yu-Gi-Oh universe. They are frequently built around being powerful or cool.

That’s not exactly the case with the Deskbots, though. They are a gang of little creatures, and they’re all based on textbooks.

It’s like a group of child robots who can only use materials found in classrooms as armor and weapons, such as rulers, glue, and watercolor paint.

Their job is to swarm the field and boost one another’s ATK until they can eliminate the enemy in one or two attacks, even though their abilities are cute to their opponents.

Exosisters ask other monsters like Inari Fire and Dynatherium for assistance. They can create several adorable Exosister XYZ monsters when working together.

Exosisters have a ton of methods to special summon monsters and a ton of ways to defend themselves against decks that like to manipulate cards in the graveyard (which is essentially most decks these days).

They combine combo and control strategies in a way that makes them incredibly enjoyable to play.

Windwitch’s deserved a spot on this list, despite having a small card pool. Due to the scarcity of cards, you won’t be able to utilize them as a standard deck.

This archetype, though, functions as an engine all by itself and can be used with practically any deck you can think of.

Windwitch is ideal if you’re wanting to enhance an already adorable deck.

You can summon Glass Bell by summoning Ice Bell (seen above), which gives you another Windwitch in your possession. When the battle phase begins, you can Synchro summon Winter Bell and use its effect to call the Windwitch you added to your hand (usually Snow Bell).

From there, you can summon the very potent Crystal Wing Synchro Dragon, a boss monster that is immune to card effects because of Snow Bell.

Small stuffed creatures known as Fluffals include a cat, dog, bear, and dolphin among others. Even though they are adorable, they can develop into dangerous, vicious animals. Actually, quite literally.

Frightfur monsters are created when the Fluffal archetype merges with the Edge Imps side archetype. What happens if you merge stuffed animals with saws and blades? The visual style is similar to that of the Five Nights At Freddy’s video game series.

Edge Imps aren’t exactly charming, but Frightfurs have their own charm with their slightly broken and scary-looking stuffed animals. This deck has a lot of swarming potential and can easily be adjusted to become an OTK deck or a stunning deck.

Each of them has effects that are activated when they are utilized as the basis for a Fusion or Link Summon followed by the summoning of a different relative.

To ensure that the laughs and good times never stop, their Extra Deck Monsters also let you retrieve cards from the Graveyard in one manner or another.

Even only the Extra Deck Monsters’ names are sure to lighten the mood of the Duel: Highlights include Bow-Wow Bark, Dodo-Doodle-Doo, and Meow-Meow-Mu.

The Level 4 Earth Monsters that make up the Traptrix archetype are all of the Plant and Insect kind. Even though they exude an air of mystique and intrigue, unwary players may disregard them as mainly harmless. The main focuses of its gimmick are the trap card trap hole and other hole cards.

Their strategy is to exhaust their opponent’s resources before capitalizing on a weak spot in the opposition. However, if you play a Traptrix deck, you should be mindful that their reliance on Trap Cards can be exploited by cards like Jinzo and Royal Decree.

If you will, these “Performance Pals” are circus animals decked out in charming bowties, top hats, and ribbons.

They are one of the more varied archetypes (with a variety of powerful cards), and one of the protagonists in Yuya employed them. They are also important historically because they are the original Pendulum Monster archetype.

There are numerous strategies possible because of how many monsters there are in this archetype. Performapals can draw cards for you, strengthen your monsters, search cards, and do many more things.

They did take the stage at one point in the history of the game because of their adaptability and significant cards, such as Performapal Monkeyboard and Performapal Skullcrobat Joker.

Melffy, sometimes known as Merfae, is the archetype for furry, faerie-like creatures. The most notable aspect of their work might be how charming it is.

But these little, spirit-like Beasts are the fighters. Being a Beast is a huge advantage for them because there is a ton of support for them; well-known examples include Rescue Rabbit and Obedience Schooled.

When you have enough resources, Melffy Playhouse allows you to clear your rivals’ board and strengthen your Beasts so they can launch the last assault.

Ghosttricks have a unique brand of unsettling allure. This archetype is inspired by Halloween ideas and folklore creatures. Instead of relying just on raw might, you may lock, mill, and burn your opponent with the help of these semi-creepy but endearing monsters.

They even included a different way to win with the Ghosttrick Angel of Mischief card (the player can declare victory outright when enough XYZ Materials are attached to this card).

Ghosttrick monsters, while not particularly powerful on their own, use the assistance Spell Ghosttrick Mansion and their Flip-focused Effects to aid you in winning the Duel.

The Dark Magician and his counterpart, the Dark Magician Girl, are well-known and adored by the majority of Yu-Gi-Oh! old-school enthusiasts (likely to remember these cards).

Old admirers might be shocked to learn that there are now more varieties of Magician Girls besides Dark ones. There are currently Apple, Chocolate, and Kiwi Magician Girls.

The archetype contains a total of six Magician Girls, each with a unique set of skills and levels. Their effects let you bring more spellcaster monsters from your hand or graveyard into play and attack those monsters.

They become a fantastic support option for all kinds of Spellcaster-focused decks thanks to these potent abilities.

When you defeat enemies like Blue-Eyes and Lightsworns with a level 2 Beast-type monster, it is a satisfying sensation.

Although raccoons are generally viewed as pests, they are charming and strong in Yugioh. With rather weak ATK/DEF stats, you’ll have to focus on dominating the field and keeping your opponent at bay.

Until you can call Ronin Raccoon Sandayu (Number 64), that is. You have plenty of room to provide it with backup considering how simple it is to enter the field!

One of the top value decks available, Ghostrick’s have stayed quite meta since their release. Cards like Ghostrick Night stop your opponent from retaliating by flipping monsters on both sides of the field face-down.

Why is this tactic so effective? The flip-down effects don’t target, so any XYZ monsters will lose their resources, but it just works so nicely. Ghostricks can easily defeat large bosses with immunity to destruction and negation.

You can either wait for Angel of Mischief’s (seen above) win condition to trigger, or you can use Ghostrick Mansion to gather enough monsters to OTK.

You need not go any farther on this list if you appreciate nature-based archetypes or monsters.

A pure Naturia deck, which is more control-based, is a fantastic place for any beginner or casual players to start.

Even their boss monsters are adorable, like the ATK-accumulating Naturia Dragonfly.

Since Naturia creatures can have a wide range of effects, variety is crucial. They have everything: draw power, negation, decreased ATK/DEF, delaying abilities, etc.

As a result, by combining different archetypes, you can develop a wide variety of strategies!

The uniqueness of Madolche monsters lies in the fact that they can be put back into the deck after being destroyed by your opponent. Known as a fan favorite because of their adorable artwork and jovial personalities.

It’s difficult not to enjoy them since they are based almost entirely on various puddings and desserts.

To grind resources and spam extra deck monsters, you should take advantage of their powerful recycling and search abilities.

Few decks can last as long as Madolche, so if you frequently find yourself falling behind other decks, Madolche might be the ideal choice!

Kuriboh is essentially Yugioh’s equivalent of Pikachu and is known all over the world. A Kuriboh deck is surprisingly entertaining, offering a wide variety of playstyles and strategies.

My preferred strategy is to delay, collecting as many Kuriboh creatures as I can. Then, use Kuribohrn to call everyone back so that tribute can be paid to the boss monsters.

You may have noticed that Winged Kuriboh LV9 and LV10 are absent. They take up too much of your hand and are too difficult to summon.

For more friendly duels, feel free to include them, but if you want to stand a chance of winning, leave them out! 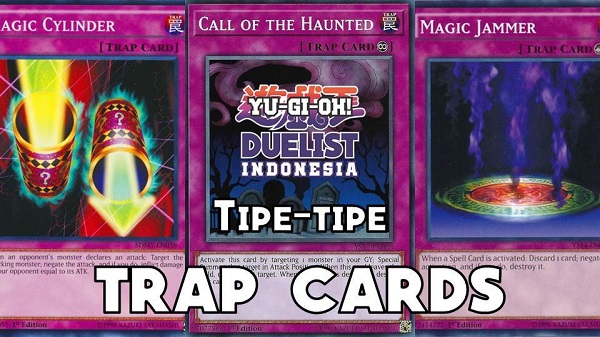