Ah! The Beach Episodes are what I live for in the Slice of Life Anime!

Although beach episodes are cliche, at the same time they are quite necessary, otherwise, where will we get our bikini shots for our favourite girls huh?

Sometimes the beach episodes are so good you just wanna watch the entire anime because you saw a clip of the main girl in a bikini from the beach episode but just watching that one clip doesn’t quite satisfy you so you spend several hours building up to that point and man isn’t that amazing.

Well, it is not necessary to have a beach episode for a bikini scene but that is usually the norm. I have included the exceptions that I loved too but it’s up to you to leave a comment and let us know about your favourites!

So let’s get started!

The navigator of the rag-tag bunch of pirates Luffy calls his crew is one sexy woman to have on a ship!

One Piece has no beach episode it is a beach anime, I mean it’s all about the sea ain’t it. Nami is quite the feisty and yet classy character that doesn’t shy away from bikinis!

Nami has beautiful orange hair that flows down up to her slim waist. She is quite intelligent and cunning. Don’t get fooled by her innocent looks, she is quite the con artist.

She pulls off many different coloured bikinis but her sexiest one has to be the rainbow-coloured two-piece bikini that she featured in the Glorious Island Special Episode for One Piece Film: Z.

K-On is quite an amazing anime. It has comedy, drama, and a very relatable cast of characters. It has an anime about a high school music band with five girls!

Mio is a writer and the main lyricist for her band and also the bassist and the second vocalist. She a kind and sensitive person that loves her friends and singing with them.

Mio is a stunning girl with long black hair and beautiful sparkly eyes. She has beautiful grey-blue eyes and a lovely face to go with it. She is said to be quite busty as well.

The tenth episode of the first season named, “The Club having fun at the Beach” is the famous beach episode in the series. We see Mio wear an all-black two-piece bikini with a sexy knot at the front.

Mirajane is the quiet and peaceful barkeep of the Fairy Tail guild. She is sweet and kind to all the members of the guild but she wasn’t like that always.

Although at first glance she is sweet and innocent and really calm. She is quite the opposite when she is forced to fight. When she fights she turns into a devilish looking powerful transformation wearing what looks like a swimsuit.

We also get a peek at Mirajane’s beauty when we find out that she also works as the model for The Sorcerer as a model and that too in bikini photoshoots!

She is quite busty with curves at all the right places. She has long white hair the front of which she ties up in a neat little pony and the rest she lets flow down up to her waist. Her most worn attire is a sleeveless red dress.

Lucy is the protagonist and also Natsu’s love interest! She is a sweet and caring person but at the same time, she is quite smart and a powerful Celestial Mage.

She wears a blue sleeveless top which goes well with her white silky short-skirt. She has long blonde hair with a pony on one side. She is a Celestial Mage with various keys that open the gates to the Celestial World and bring in warriors to fight her battles.

Ever wonder why Fairy Tail has some many ladies that are on this list? All the credit goes to episode 163, “The Bikini Contest”. In that episode, we see the girls in their sexiest bikinis ever!

Asuna is not exactly the sexiest that comes to mind when you think about anime girls in a bikini but hey it has got the right assets to be one for sure.

She is seen wearing a white bikini with red stripes with a beautiful knot at her front chest. Her two-piece bikini is quite the treat.

Asuna is arguably the greatest tsundere there is and Kirito sure does appreciate her.

Asuka is a highly energetic girl with dark blue eyes and long auburn hair. She is usually seen wearing her school uniform but she also has this really cute pale yellow dress.

In the tenth episode, we see Asuka go shopping for swimsuits with her crush Kaji. She tries on swimsuits and tries to impress Kaji.

She wears this sexy two-piece bikini swimsuit with a zipper upfront and red and white stripes.

I absolutely adore Chitanda and her quirks. She is an amazing character with more than beautiful looks and a cute smile!

Chitanda is a fair and slim girl with dark purple eyes that glitter! She is very sweet and kind but at the same time, her curiosity is off the charts!

Her most famous line from the show is, “Watashiwa Kinninarimasu” which translates to “I’m really curious!”

In the beach episode of the show, Episode 11.5 she can be seen wearing a lovely white bikini laced with wavy patterned cloth on the edges.

Kosaki is a sweet girl and a slightly timid girl with a big crush on Raku. She has a beautiful face and brown wavy hair. She is a very considerate person and thinks twice before saying anything!

The 18th episode of the show called, “At the Beach” is quite a treat. Raku and the gang go to the beach, everyone wears swimsuits!

Kosaki wears an amazing pink two-piece bikini with a wavy pattern. She looks amazing in the outfit and Raku is quite impressed by it too.

Uzaki-chan wa Asobitai is a wonderful slice of life drama anime. It has great comedic scenes, wonderful character development, and many ecchi scenes too.

Uzaki-chan, a freshman in the college reunites with her senpai from high school, Sakurai Shinichi. She is quite delighted to meet him and wants to hang out with him.

The sixth episode of the anime is called, “Summer! The Beach! I Want To Test My Courage!” is when the gang goes to the beach and oh my god this episode is amazing!

Uzaki is seen wearing a blue and white bikini highlighting all her curves!

Yuno is the ambiguous protagonist of the famous series, “Future Diary”. Yuno, for the most part, is sweet and quite feminine but sometimes she can be dark and harsh.

Yuno can be seen wearing a sexy two-piece bikini in the third episode of the series called, “Early Predicament”. She wears a cute green bikini bordered with wavy pink lace.

Yuno is an amazing girl with quite a curvy body and the bikini makes her even more enjoyable.

Ai is one of the protagonists of the anime. She is on the swimming team for her school and can be seen in her swimsuit a lot!

She has a unique sweater which is coloured blue instead of the normal beige one all of the other girls wear. She has really short black hair and purple eyes.

She wears a dark-blue one-piece swimsuit which makes her look curvy and busty.

So, which one of our girls do you think is the best?

Let us know in the comments below!

Hey there! I am Shubham, currently a final-year engineering student and a blogger. That's about it. 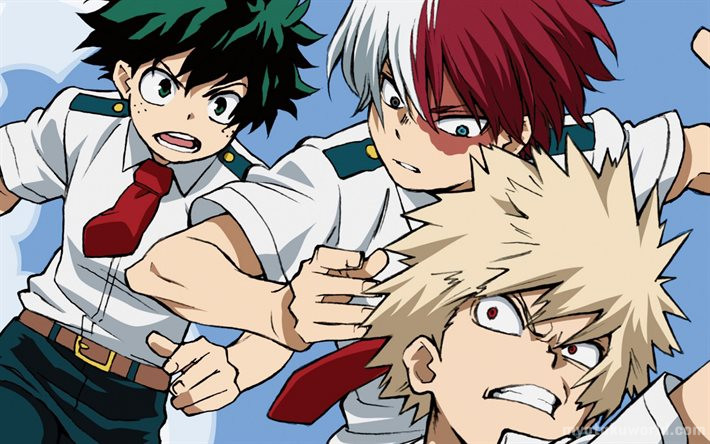