Fairy Tail has aired 328 episodes over the past 12 years.

Fairy Tail’s Twitter account held a poll to celebrate its 12th anniversary on October 12, 2021, Fans can vote for their favorite characters from the TV Anime adaptation Fairy Tail.

December 2nd will see the announcement of the result.

Let’s first look at the characters that received only one vote before we move on to the top spot.

Mickey is a bird-lover and hates boredom.

Not much else is known about her.

Her leadership of Young Megadeath has made her fearsome to the team.

She has since taken to liking the name Demon Princess and has dressed up to match it.

Levy is a happy and positive person and can get along well with her guildmates.

She is too kind to fight for “just fun” and is reluctant to take part in brawls between guild members.

She is also very kind and forgiving.

Gajeel Redfox tortured her and her team before the Fairy Tail-Phantom Lord war began.

Gajeel later accepted her as her partner in the S-Class Promotion Trial, although he more or less declared himself her Partner.

Frosch is happy-go lucky, speaks in the third person and supports other opinions, no matter what they may be.

Frosch is known for asking redundant questions, as well as asking questions others might not consider redundant.

This was evident when Lector scolded Frosch for asking which side would win between Warcry and Orga.

He was seen with her in Sabertooth and was visibly upset by her excommunication.

Frosch is afraid of being excommunicated.

Rogue says that his fears are unfounded as he is already there.

Ultear is manipulative, ruthless, and ambitious.

Her mother is a woman she regards with cold contempt.

Meredy is a close friend and she is calm and thoughtful about her mother.

Meredy calling her “Ur” is not something she likes.

This could indicate that she has issues and hatred towards her mother.

However, Meredy later claims that Ultear suffered because Ur died.

Ultear is not afraid to sacrifice her life for what she wants.

She will even control her children.

Zeref is believed to be the most evil, darkest Mage in history of the Magic World.

He created many Demons and mastered the Black Arts.

As opposed to this, Zeref is a frightened man when he meets Natsu.

In modern times, Zeref is calm, sincere and conflicted.

Zeref wants to die in order to atone for the many sins he may have committed and will continue to commit.

He is concerned for others and warns them to stay away from him.

He can also be emotionally fragile.

When he realizes Natsu isn’t ready to kill him, he tears down.

Zeref is known for killing without any prior knowledge or incentive.

Aquarius, unlike other Celestial Spirits who serve Lucy with obedience, is easily annoyed by her.

Aquarius can summon Lucy or attack both, depending on her mood.

Aquarius is concerned for Lucy’s health despite this.

Scorpio is her boyfriend and she is kind and loving to her.

She also threatens Lucy to not talk about her moodiness in front Scorpio else she will turn Lucy into a “drowned corpse”.

Aquarius often makes comments about Lucy not having a boyfriend when she is around her.

Lisanna, when she was younger, was just as kind to Elfman as a child.

Natsu Dragneel wanted her to help him raise an unknown egg.

She was a bit more knowledgeable than Natsu.

She was surprised to see a more gentle side of Natsu Dragneel, who is usually very flamboyant.

He learned that it was impossible to win an argument with her while raising the egg.

Lisanna seems to like animals, especially cats, but hates studying.

She is a person who can adapt to any situation and be accepted by everyone.

Loke is very friendly with women and was fourth in the Sorcerer Magazine’s Wizard I’d like To Be My Boyfriend Rankings.

He almost got killed when he attempted to flirt with Erza Scarlet.

A group of girlfriends was always around him during Fairy Tail’s early years.

He is not a fan of those who abuse women or exploit them.

He is loyal to his friends.

To protect Aries from Karen Lilica’s abuse, he remained in the human world for a prolonged time.

He is also very loyal to Lucy his owner and will follow her orders without hesitation.

Gajeel was quite cold and apathetic when he first appeared.

He doesn’t hesitate to injure his allies if he gets upset.

Iron-clubbed another Phantom Lord Mage, who was praises his abilities while he was eating.

Gajeel is devoted to the guild he belongs to.

He actually instigated Fairy Tail-Phantom Lord Guild War because, as long-time rivals, he believed the Fairy Tail Mages were enemies.

His sense of comradeship increased after he was recruited to Fairy Tail.

He went so far as to reprimand Laxus Dreyar for trying to kill Natsu using his Lightning Magic, even though they were supposed be friends.

Mirajane, in her younger years, was called “The Demon” (Mo Ren Majin).

Before Lisanna’s pseudo death, she was a very fearsome person, well-known among criminals and guilds alike.

She wore a punk-gothic outfit and was temperamental.

Erza, with whom she had a long-standing rivalry, was also her style.

Despite her Demon-like powers, she initially was very shy and had reservations about her identity.

Mirajane was skeptical about her abilities, even though Makarov assured that it was just a form of Magic.

Her brother and sister managed to reconnect with her again after learning their Take Over Magic.

As it’s first master and creator of the guild, Fairy Tail is protected and loved by Mavis.

She guides, protects and cares for the guild whenever possible.

She is cheerful and smiles a lot.

Mavis is also a carefree and reckless person.

She allowed Jellal Fernandes, an ex-member of Ten Wizard Saints, to take part in the Grand Magic Games with Team Fairy Tail B.

However, the guild could be ruined if they find out more about her.

She also lent Cana Alberona Fairy Glitter in order to win the MPF.

Sting is calm and smiles a lot. He rarely loses his temper.

Sting believes that those who abandon their comrades in arms are scum, and he will punish them accordingly.

However, Natsu Dragneel, who claimed that he had entered the Grand Magic Games to fight for his comrades, angered him.

Sting appears to not be ashamed of having killed his foster father.

He believes that killing a dragon is natural for a Dragon Slayer.

Rogue and Sting later admit that this is false.

They express their regret at Crocus being attacked by the Dragons.

Sting believes that Dragon Slayers who lose to a Dragon are a disgrace.

Sting, a Dragon Slayer, is also known for his comical, but stifling, symptoms of motion sickness.

He describes the phenomenon as being typical of a “real Dragon Slayer”.

Happy, despite his diminutive stature and odd appearance, is loyal to his guild members and his teammates.

He also has a significant amount of knowledge about the Magic world, sometimes more than Lucy or Natsu.

Happy is a Natsu Dragneel fan, and his responses often mirror Natsu’s.

Happy is a quick-witted, cheeky person, especially to Lucy Heartfilia.

However, he sometimes displays a darker side, such as when he comments on the terrible aspects of Magic his comrades.

Laxus was originally portrayed as being arrogant and selfish.

Laxus believed he was the strongest Fairy Tail member and reprimanded anyone who was weak.

He even resolved to harm them if they crossed his path.

Laxus didn’t seem to care much about his guildmates.

He suggested that they have to give him something to get his help.

In one instance, when asked for his assistance during the Fairy Tail – Phantom Lord confrontation, he proved to be very lecherous.

He offered to help only if Lucy Heartfilia became his girlfriend.

Jellal, when he was young was kind and compassionate.

He cared deeply about his friends.

Despite his status as a slave, he was cheerful and optimistic.

He accepted Erza’s punishment after a failed escape attempt and never lost faith in the possibility of becoming free.

Later, when he was convinced that Zeref’s ghost was controlling him, his life changed dramatically.

Jellal became obsessed about the idea of creating a new R-System, and began treating slaves better.

To the point where they no longer believed they were slaves.

They did more work and this was Jellal’s final reason for treating them like slaves.

He regards his actions as a game, even if it results in the death of his own family members.

Wendy is shy but polite.

Because she is close to Carla, her Exceed companion, Wendy is always with her.

She is eager to make new friends.

Wendy cares deeply about her guild members and suggested that she go to Exceed’s home-town to help them evacuate when they were in danger.

Insecure at first, Wendy was portrayed as of her ability to help her allies. (eg, her breast size).

However, Wendy has grown more confident and courageous over time and she tries to help whenever she can.

Juvia’s first appearance portrays a face that is emotionless.

She seems more isolated from the rest of the Phantom Lord Guild.

Juvia is remniscent to a “rain-woman” as it rains whenever she is sad.

After she joins Fairy Tail, she develops a happier demeanor.

Gray Fullbuster is her obsession and she considers anyone who shows affection for him a rival.

Juvia became agitated when Meredy threatened her and began to act strangely.

Erza and Meredy are both scared of Juvia.

Gray is laid back, but can be serious when needed.

They can be seen fighting verbally and physically but they are both very concerned about one another.

Gray was a reckless and obstinate young man.

However, Gray has become more patient and cautious as he gets older and is able to deal with difficult situations better.

Gray is loyal to his guild and very concerned for his comrades.

However, he can be a bit sarcastic from time to time.

Lucy takes great pride in her appearance, and she is confident in her sexual appeal.

She often displays a bit of vanity.

Despite her superficiality, Lucy is intelligent, kind, and truly caring.

Lucy loves literature, and she is currently writing her own novel about Fairy Tail’s adventures.

However, she doesn’t like sharing the details with anyone.

She is part of the Heartfilia conglomerate family, which was once the richest and most influential in Fiore.

Erza is very strict and often criticizes the bad behavior and habits of guild members.

Most of them have to apologize as they fear she might inflict her wrath.

Erza is impatient and dislikes people who take too long to answer her questions.

Due to her awkward social skills, and her tragic childhood, many guild members avoided her.

Erza deeply loves the guild and the well-being of her guild mates and often goes out of her way to do reckless things just for the sake of Fairy Tail, like challenging all 100 monsters in the Pandemonium.

She is proud to be a Fairy Tail member and has a strong sense of justice.

Natsu is reckless and carefree in his nature.

However, despite his constant brawls against the Fairy Tail members, he is fiercely loyal and protective of his friends.

Natsu is not afraid to fight for his friends, no matter how futile.

Natsu is a straight-talking individual who often approaches problems with a hands-on approach.

Natsu is not averse to being disrespected or confronted with hostility.

It’s not surprising that all four protagonists took the top 4 starts starting from Natsu, followed by Erza, Lucy, and Gray. 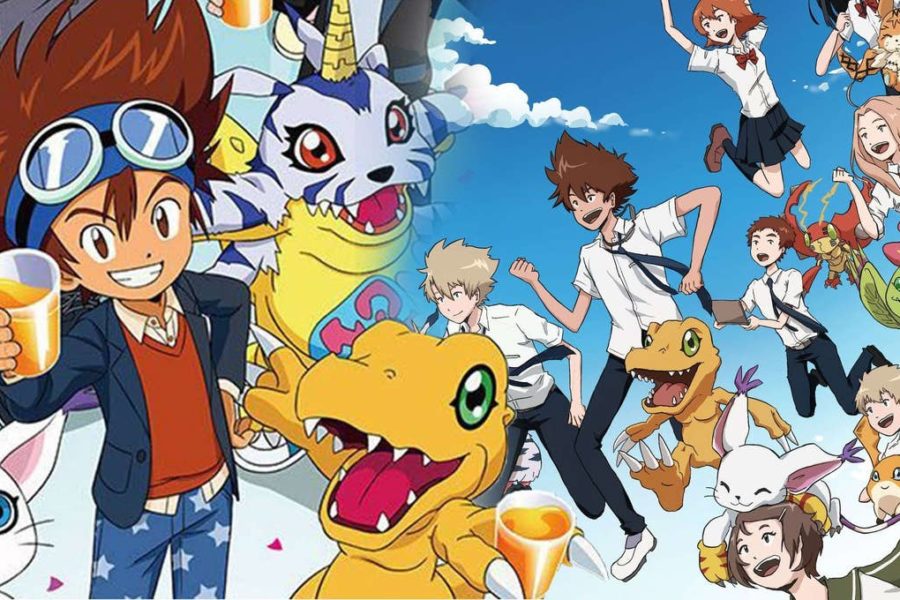