If you’re not familiar with the term “Floodgates” in Yugioh, it refers to a card that tries to stop an opponent’s gameplay mechanics.

They may be prevented from drawing, using cards or effects, or even calling forth monsters.

There are a lot of floodgates used in stall decks like Exodia, but some of them are so strong that they can be used in competition.

If your opponent doesn’t have any spell/trap removal, you’ve already won if you can go first and set the proper floodgate trap.

But it’s crucial to keep track of the greatest and most meta floodgates. You’ll gain insight into the weaknesses of your best deck as well as strategies for overcoming rival decks.

I’ve therefore compiled a list of the top 15 floodgates in Yu-Gi-Oh!

It is relatively simple to summon the Fusion Monster El Shaddoll Winda. It can be summoned using Instant Fusion because it has a Level of 5.

Even cards like Salamangreat Almiraj can be used to play around with Instant Fusion’s drawbacks. Both players are unable to Special Summon more than once each turn due to El Shaddoll Winda.

This is especially helpful when the game’s Nibiru The Primal Being is involved because it can’t activate because it Special Summons two Monsters.

El Shaddoll Winda can be played at the end of the player’s turn, therefore they won’t be affected by the drawback because they will already have a board in place.

One of the simplest to create and by far the greatest Masked HERO Monster is Masked HERO Dark Law.

It merely has to be summoned with a Dark HERO Monster and Masked Change. It is a common Monster that HERO decks use when they go first.

When Masked HERO Dark Law enters the battlefield, all cards the opponent controls that would otherwise be put to the Graveyard are instead banished.

Vanity’s Fiend can be sided into any deck that can summon it successfully, but it is most helpful in a Monarch deck.

Your opponent will have very few alternatives if you can summon this monster before their turn begins.

Very few decks can handle not being able to special summon monsters without expending so much energy.

Despite being a Monarch support card, Domain Of The True Monarchs can be used in any deck that employs tribute summoning.

The opponent cannot access the Extra Deck as long as you have no Extra Deck and you are the only player with a Tribute Summoned Monster.

Due to the abundance of Field Spell searchers throughout the game, Domain Of The True Monarchs is also a Field Spell, making it simple to reach.

You can summon certain Monsters without sacrificing them if they have the bonus (2800 Attack/1000 Defense), which is also given to Monsters with those particular attributes.

When the Secret Village of the Spellcasters is active, the game is won. As long as you control a spellcaster monster, your opponent cannot use any spell cards.

Although you’ll only be using Secret Village of the Spellcasters in decks where you’ll always have access to spellcasters, it still has an impact on you.

In Yu-Gi-Oh!, spell cards are the most significant cards, which contribute to the excellence of the Secret Village of the Spellcasters.

It is one of the most lethal floodgates available, completely closing off many decks.

Each characteristic has a corresponding Barrier statute that can virtually eliminate your opponent’s approach.

Of course, you’ll run into some issues if their deck includes monsters with the same attribute.

However, because it doesn’t happen very often, it’s generally a very simple and inexpensive approach to stop the special summoning.

Known as one of the most despised cards in current Yu-Gi-Oh play because of its capacity to destroy whole decks.

The opponent must explicitly use spells or traps that can negate a spell to win the fight.

Mystic Mine is a fantastic cheap floodgate for many decks that don’t rely on monsters, however, it is most frequently employed in burn decks.

You can set Anti-Spell Fragrance by activating or setting your Spell cards without having to worry about getting locked out.

Flip this Trap card as soon as your opponent draws to stop their spell activations.

Few floodgate cards will be as powerful against spell-heavy decks like Sky Strikers and True Draco as this one!

Numerous archetypes have emerged after the debut of Knightmares that aim to Link climb effectively to either FTK or create an impenetrable board.

Thankfully, Knightmares have a variety of qualities, so Gozen Match also lets you play Yugioh.

Of course, not every deck has a unique set of traits. The majority of them, like Blue-Eyes, only make use of one trait, making Gozen Match situational as a whole.

This card, although may only be used once per deck, is nonetheless very strong, making it a wise pick for competitive play, particularly in decks that frequently spam high ATK beaters.

For the amount of power it offers you over the combat, paying 1000 life points is practically nothing.

Decks that primarily rely on trap cards may be destroyed by this. The reason Royal Decree is so good is that it excludes one-third of the game mechanics.

It can even be used by some trap-based strategies, most notably Altergiest because Altergiest Protocol will stop Royal Decree’s effect from negating their cards.

Even decks that don’t play any trap cards can utilize it to neutralize a deck that does.

While Dimensional Fissure and Macro Cosmos have a very similar impact, Macro Cosmos is superior since it can catch the opponent off guard during their turn. Any card sent to the graveyard will instead be banished if Macro Cosmos is active.

Strategies that rely significantly on placing their cards in the Graveyard may be entirely stopped by this.

Additionally, some decks, most notably Thunder Dragons, may even profit from it.

Because it is a trap card, it can be used to disrupt an opponent’s combinations and possibly end their game plan with just one activation.

Necrovalley stands out among all the Fiend spells in the game. The Gravekeeper’s parts on this card aren’t important because of how great its other effects are.

The graveyard is used by practically all half-decent strategies, as I just explained, thus stopping any cards from affecting it is excellent.

A Cat of Ill Omen is a fantastic addition to the deck because it can set any Trap card from your hand as long as Necrovalley is on the field.

The rivalry of Warlords, a more dependable Gozen Match (also listed earlier on this list), can’t stand Knightmares but does prevent other forms of Link climbing.

Certain archetypes, like Lightsworns, Cubics, and Burning Abyss, struggle against this trap card.

Having said that, Rivalry of Warlords is also powerful against Knightmare decks because many of them are warrior-based.

Imperial Order is absurdly powerful, which is why it can only be used in one copy per deck.

If you can establish this floodgate first turn, it will shut down practically every deck in the game by completely stopping all Spell cards and effects.

Even if you aren’t allowed to remove it from the field, if your best Spell cards have already been used, you’ll be well on your way to winning the game. 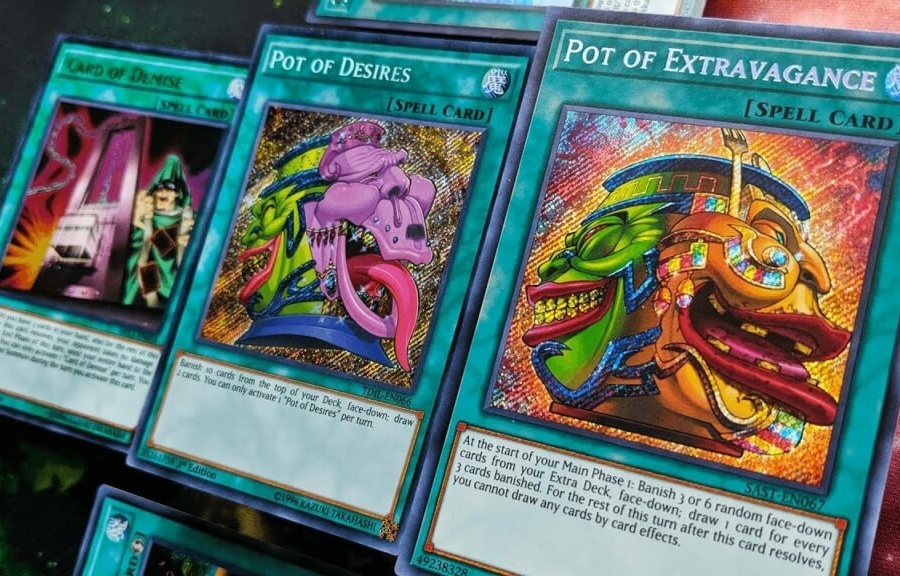