How can someone show their emotion or hide their emotion? Emotion is like a well with no water and if you want to fill it you need lots of hard work and a ray of light but in the end, a single person is not able to do that.

Not every anime character turns out this way, but this list is for the most depressed or sad characters out there – that’s what I’ll focus on in today’s content. Today I have prepared a list of sad, depressed anime girl characters.

To express your emotions, you have a lot of expressions like cry, sobbing, struggling with feeling, etc…

So, Let’s get straight to it.

She appeared to be one of the saddest girls in anime.

She is the humanoid interface in the series but looks like an ordinary human she has no emotion towards anyone, she rarely speaks with anyone.

Well with the reality that she is not a human so how can she show her emotion but later in the series she gains emotion.

16. Mizore Shirayuki From Rosario to Vampire

With the ability to manipulate anyone so when you have powers you have some lack of control over it so do our character has. She is lonely, depressed, and often misunderstood by the people of her school.

She is a schoolgirl but at a point, she can’t handle it also and tried to commit suicide but somehow cop up from that and start her new life.

Although Mizore loneliness faces she become more stressed and also accepts herself to be alone forever.

15. Shirahoshi “Mermaid Princess” From One Piece

Princess Shirahoshi is a mermaid daughter of King Neptune. But the fact that she is so giant and at the same time very emotional you really can’t believe she cry out for small and pettiest things.

With her nature she has always been pampered and loved by her family, although this crying does not make her depressed, this also comes under the part of emotion so she secured a place on this rundown.

Kise Yayoi is one of the five main Cures in Smile Pretty Cure!

She has a big heart and shy nature, she appeared as a cry-baby but she is quite strong when it comes to protecting her friends.

Somewhere for some reason, I put her on this list because of her open nature.

The romance writer Izumi Takanashi makes her appear sad. For one, she loves wearing black. Nothing says like the color black. Yeah, you could say she’s goth, but that look on her face is very blunt.

Because living alone, quiet, working all the time in a room locking yourself inside obviously affect your health and on the contrary, it creates some side effect too that make you sad and lead to the way of depression. Like our character.

Her shy character and socially awkward personality due to her power and intelligence make her stand and lonely. Hotaru grew up very alone, sick, and an outcast, bullied by her classmates who were frightened of her.

But contrary she is a sweet, kind, and young women with great warmth towards her family, friends. And whenever she feels to be alone, she takes care of herself a lot.

Tomoko wants to become popular in school but her character makes her weird and being alone all the time helps you to fantasize about many things and when you daydream you can imagine good, bad anything but every time her fantasy ends up with some disaster.

And imaging nonreal thing in the real world keeps on affecting your health, nature and create lots of changes thus this leads her in depression and become one of depressed the character in this rundown.

Our main lead of Hell Girl Enma is a spirit but in another sense, after being a spirit from a long age she feels sadness around her. She barely talks to anyone, but if it is necessary, she stands out.

Later in the series, her dark past is revealed where she sacrifices herself by her people of the village to the mountain god.

This is one big reason why she has so many emotions trapped inside her. And the biggest reason behind her depressed character.

Despite the fact she introduced her polite side first but after she revealed her evil side she started harming people and killing other people in the survival game. Tsubaki the owner of the sixth dairy Known as the “Clairvoyance Diary”

But when you find about her dark past you start feeling bad for her so you can understand her situation.

Like what she is going through? How she is feeling her emotion? and everything about her.

Mamimi is 17- year young character in the series. Her depression in the series is because of her breakup and we all know somewhere if you were deeply in love with anyone and suddenly that person or thing left, you started feeling lonely and sad and that journey is the starting point toward depression.

After her breakup, she started many weird things like adopting weird animals and also become a chain smoker. That void inside her causes her to way of depression and sadness.

7. Hayami Kohinata From H20: Footprints in the Sand

Hayami is the character with her cold and abusive nature from the outside, but warm and kind from the inside, and that is normal in the living being.

Hayami also has a huge fear of spiders, with some funny moments like we’re at one-point screams and jumps onto Takuma Hirose when she saw one in the hallway.

Kikyo was such a kind, caring, and helpful woman before her death, she is always kind toward everyone including her enemies but her death changes everything. And that thing turned her into dark and depressed.

After killed by Naraku change her personality into dark and after resurrected by the demon ogress Urasue.

After solving her death, she resolved to destroy Naraku and to purge the Shikon Jewel from the world.

With her dark character, I somehow feel the level of her depression is way too high from other anime.

The fact that even checking her email scares the hell out of her shows how terrifying socializing can be for her.

At school, she barely even makes eye contact with her classmates. With her soft toy, she feels comfortable when she feels depressed.

Rei is known as a “doll” because of her no emotions & no affection of nature towards anyone. Her Alone and Utterly sad behavior make her stay on the list.

What adds to her depressing personality is the fact that in the series nothing much is revealed about her past, and we don’t even know the exact reason behind her mysterious personality.

This mysteriousness of her depression makes her one of the most “bitterly unhappy” characters in the world of anime.

Her character, in the beginning, seems in a typical tsundere way, yet later revealed that deep down, she is crying for help and has been so weighed down by her depression.

She hates the world that forced her to give up on all her emotions and become tough to live.

With her cute looking feature, I’m shocked about her in the list but her awkwardness to society and her goofy persona create difficulty to make new friends.

Her liveliness not shows her depression in the series but later after her past revealed things get clear that she is living a cursed life because of the reason she can’t make friends and that loneliness pull her towards depression.

LaLa-Ru our character at first glance, all of her suffering is on the outside. LaLa-Ru barely speaks, and communicate through gestures. All of this depressive persona leads her character toward the wrong path in life.

Her personality of living alone throughout the series doesn’t change because people become angry, violent, when utilizes her powers and also when she says no to them.

Because living with special power like controlling the water make you strong as well as soft. 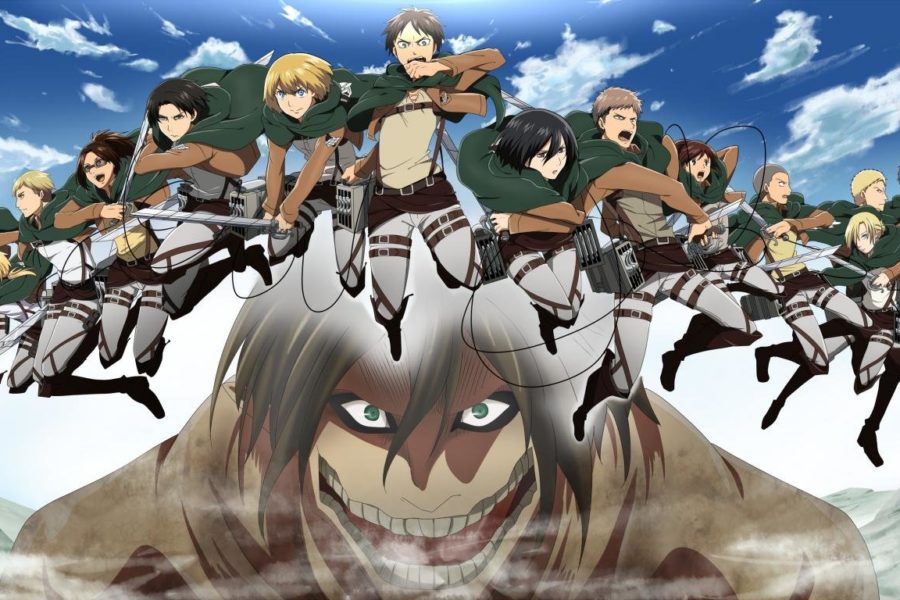