Trap cards aren’t as crucial as they once were since many players find that waiting a turn between drawing and playing a card is a bit excessive.

You must act swiftly, take the initiative, and win the game within a few turns.

Although there aren’t many counter-traps in the game, there are a good number of them that are actually helpful.

Instead of focusing on cards for certain archetypes, this list will examine the best 18 counter-trap cards in Yugioh while also considering their overall use and dependability.

In the current meta, “hand traps” and cards with graveyard effects are frequently encountered. Debunk aims to neutralize these impacts for free.

The drawback of this card is that if your opponent doesn’t make use of the effects mentioned, it is useless, but if they do, you will be at a significant advantage over them.

Ultimate Providence can be a useful counter trap card if you have the right cards. If you can get rid of a card of that type, it can stop a spell, trap, or monster from going off.

Typically, Ultimate Providence decks may draw a ton of cards, which guarantees that they’ll always be able to negate.

This can occasionally even assist in setting up your graveyard, converting its cost into a positive card advantage.

Since it is a universal card that may be used by any deck, decks that desire to go first should give it some thought.

The only Trap Hole card in the game that is also a Counter Trap is Chaos Trap Hole.

In metagames when powerful Light or Dark Monster decks are prevalent, it is a good option for the side deck.

Chaos Trap Hole can prevent the summoning of any Light or Dark Monster for 2000 Life Points.

Due to the limited cards’ ability to interact with banished Monsters, this banishes the Monster, making it much more difficult to retrieve.

Solemn Strike is a part of the group of Counter Trap cards called the “Solemn Brigade,” which was given that name by fans.

Solemn Strike can negate either a Monster’s special summoning or effect activation and kill it for just 1500 Life Points.

As long as you have the Life Points, Solemn Strike will nearly always be active due to its activation conditions.

The result is great at a very low cost. If used on a crucial component of an opponent’s combo, Solemn Strike can effectively end an opponent’s turn if utilized at the appropriate moment.

Blackbird Close is a potent Counter Trap Card that may negate a Monster effect and destroy it in exchange for banishing a face-up Blackwing Monster to the Graveyard from the Field.

The player is then able to Special Summon a Black-Winged Dragon to take its place out of the Extra Deck.

The fact that Blackbird Close can be used from the Hand is what makes it so great. Having a Blackwing Synchro Monster (or Black-Winged Dragon) on the field is all that is necessary to achieve that.

This indicates that it can be utilized similarly to a Quick Effect Spell that can be cast from the Hand during either player’s turn.

One of Yu-Gi-Oh’s most potent effects is Tachyon Transmigration. The player only has to be in charge of a Galaxy-Eyes Monster to activate it.

It will prevent the opponent’s Monster, Spell, and Trap Card effects from being activated during the whole chain. The majority of cards only react to one other card.

Furthermore, they are returned to the Deck, the finest method of removal in the game, rather than being destroyed.

If the player is in charge of a Galaxy-Eyes Tachyon Dragon, they can even utilize it in the Hand. Tachyon Transmigration has never been a problem for the metagame.

Although Dark Bribe is fantastic for milling decks, I wouldn’t use it for any competitive decks.

It’s risky to give your opponent a card in exchange for countering one of their spells or traps since you never know if the card they draw will be helpful to you or not.

If you can, set a few Dark Bribes aside; they might come in handy later.

You have a few monsters on the field now after using a few cards from your hand and taking some time to build up your combos.

Your opponent’s monster effect freezes you in your tracks as you prepare to strike, intending to deliver some damage.

Having a card like Chivalry can help to ease these challenges, because this can be really unpleasant at times.

Some people could argue that Breakthrough Skills or Memory Loss are superior in certain circumstances, but they don’t eliminate the threat as Chivalry does!

10. Seven Tools of the Bandit

I once had ten copies of this card, but I let them get misplaced among my commons because I always felt it was pointless.

What I could currently do with them.

At the cost of 1000 life points, Seven Tools of the Bandit will nullify any trap card, which is a minor price to pay considering the plays you can stop.

One of the most fundamental Counter Trap Cards available is wiretap. Wiretap will negate and reshuffle the Trap Card when the opponent activates it.

Wiretap can negate Trap Cards with no consequences, despite the fact that it can only be activated by other Trap Cards.

Additionally, Wiretap returns the trap to the deck, which is helpful because a lot of potent trap cards have abilities that may be used in the graveyard.

Wiretap is an excellent Counter Trap because it prevents the activation of Trap Cards, which have some of the finest effects available.

All that is necessary for it to activate is for there to be a co-linked Monster on the Field. It negates the card it is linked to and destroys it.

Both the card itself and its activation condition are incredibly simple to obtain. There are numerous cards in the game that can search World Legacy’s Sorrow.

Because World Legacy cards are so splashable, it’s simple to get to an Omni-negate, which is tremendously powerful.

Another Omni-negate Counter Trap Card is Orcust Crescendo, which just requires the player to be in possession of an Orcust Link Monster in order to be activated.

The negated card will also be banished following the resolution of Orcust Crescendo.

The card features a Graveyard effect that can be used after it negates on the Field in addition to being searchable.

Orcust Crescendo has the ability to add a Dark Machine Monster from the Deck or that is Banished to the Hand by banishing it from the Graveyard.

Orcust Crescendo can be used to out-resource the opponent because it has so many potent effects that love to be recycled.

The best archetypal counter trap in the game is Salamangreat Roar. The player only has to be in charge of a Salamangreat Link Monster to activate.

A spell, trap, or monster effect can be neutralized and destroyed by Salamangreat Roar.

Salamangreat Roar is exceptional since it is simple to recycle.

Salamangreat Roar can reappear on the Field if a player uses a card bearing the same name to Link Summon a Salamangreat Monster from the Graveyard.

It will banish itself after its second use, but Salamangreat Decks can easily obtain many copies of it.

The only Counter Trap Card on this list that is currently Limited and subject to any limitations is Red Reboot.

Red Reboot prevents an opponent from activating a trap card and lets them Set a trap card from their deck in its place.

Red Reboot then stops all further Trap Card activations for the remainder of the turn.

This is excellent since it may fully shut down Control Decks who depend on their trap cards for simple OTK victories (one-turn kill).

Even from the Hand, it is possible to use it, but it costs the player half of their life points. For what may be an easy victory, this is a tiny price to pay.

Nowadays, special summoning is the foundation of any Yugioh deck.

You need backup cards because it’s common for your opponent to special summon two or more monsters in the same turn, leaving you open to OTK attacks.

Grand Horn of Heaven is an excellent option for this because it stops your adversary before they can start.

Although it does force them to draw a card, which can negate this impact for many players, it still merits a spot in the top 5 on our list.

3. Cursed Seal of the Forbidden Spell

Using the Cursed Seal of the Forbidden Spell on the right card can win the game on its own, making this card an improved version of Magic Jammer.

If you use this on Polymerization or Mask Change, your opponent will probably give up right away.

If the very onerous prerequisite of discarding a spell card weren’t included, this trap would likely rank higher on the list.

When you defeat an opponent’s strategy without incurring any expense, Black Horn of Heaven is a big kick in the crotch.

As was previously mentioned, special summoning is the lifeblood of all decks, therefore you have a significant advantage if you can neutralize even one of your opponent’s special summons.

A Black Horn of Heaven is something you should definitely include in some of your decks.

The first card on this list has to be the solely limited card because it is currently regarded as one of the best trap cards in the game.

The Solemn trap series has several extremely potent effects, one of which is actually prohibited.

It’s entirely fair that Solemn Warning is restricted to one; I can’t even imagine how dull duels would be if this card were unlimited.

However, good luck trying to find one because they are pricey and especially hard to find in packs. 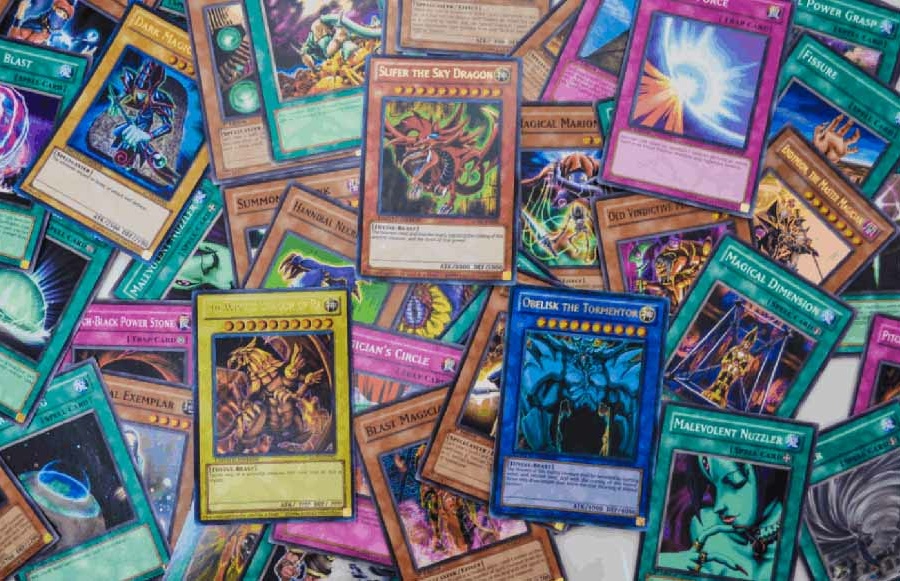