While there are limited shounen works that weave in tragedy, there is a plethora of popular seinen and shoujo series that layer tragedy in with artfully crafted sad manga stories.

They often have more realistic romances that have catapulted to being cult classics with the perfect amount of bitter and sweet.

If you long for real drama or can’t stand the unstoppable optimism in more mainstream series, these sad manga are must-reads.

Who doesn’t love a good cry? We’ve watched various Sad anime in the past, but a sad manga can be just as soul crushing!

Here are some sad manga that will destroy anyone.

Quick Pitch: Meiko and Taneda have been dating since their college days, but they have no real goals or direction. Meiko has been working as an office lady for the past two years and Taneda works as an illustrator.

They earn just enough to pay the rent. One day, Meiko decides to quit her job to find a worthy goal and Taneda decides to reunite with his old bandmates. The couple is prepared for the unpredictable future, no matter what hardships it may bring.

Quick pitch: A Silent Voice follows Shouya Ishida, a boy who is also getting into trouble. When a deaf transfer student named Shouko Nishimiya is introduced to Ishida’s class, he deems her as the perfect target for bullying.

Quick Pitch: Under the National Welfare Act, every first-grader receives a vaccine. A small percentage are injected with a radio-controlled capsule which will kill them between the ages of 18 to 24.

It’s believed that the threat of an unexpected death will increase productivity and prosperity with the citizens.

Kengo works for the government and delivers death papers 24 hours before a selected citizen’s death. He is unsure about the program, but the choices people make in their final hours will shape Kengo’s opinion.

16. Shigatsu wa Kimi no Uso (Your Lie in April)

Quick pitch: Your Lie in April follows Kousei Arima, a young musical prodigy. His mom meticulously taught him to play the piano, which allowed him to dominate music competitions.

After her sudden death, Kousei the will to play music and disappeared from the stage. His monotonous life changes upon meeting Kaori Miyazono, a violinist known for her free-willed performances.

Quick Pitch: Juri Mutou is a pianist who has attempted suicide three times and has grown to resent her mother. Monica, Juri’s aunt, is a member of the clergy at a prison and invites Juri to visit a death row inmate.

Yuu is a death row inmate convicted of murdering three people and has attempted suicide to escape his punishment.

He receives letters from Monica as part of a clergy program, but he views the letters as pity. Yuu decides to accept a meeting with Monica so he can request for her to stop sending letters but encounters Juri.

Quick pitch: This sad manga is about Punpun Onodera is a typical 11-year-old Japanese boy. He is a hopeless romantic and thinks he has a chance at first love with a girl named Aiko Tanaka.

Slowly, his naive worldview crumbles after learning that relationships are a lot of work and after witnessing his father assault his mother. These two events throw his life into a slow spiral.

Quick pitch: Daisuke is a popular high school student who would date any girl, except for Aikawa. He finds her “sweet virgin” type annoying and aversion to physical contact offensive.

His attitude changes after he accidentally learns of Aikawa’s secret past. Aikawa is not aware that Daisuke knows her secret, but becomes more relaxed around him due to his sudden compassion.

Quick pitch: In this sad manga During summer camp, 15 children discover a network of computers and electrical equipment hidden inside a grotto.

The owner of this equipment is Kokopelli and claims to be a programmer working on a new game, which involves a giant robot defending Earth against 15 alien invasions.

Kokopelli asks the children if they would like to test the game. All but one child agree and sign a contract, not knowing that they are about to enter a dark world.

Quick Pitch: This sad manga is about Mika is a normal high school girl who fantasizes about finding a wonderful love life.

One day, she meets Hiro, who seems to be the man of her dreams. Despite having a tragic life, Mika is always happy around Hiro as she tries to keep control in her life.

Quick pitch: In this sad manga Kazama Masamune is a single 23-year-old man. During the spring, he learns that an old lover has passed away…leaving behind his young daughter.

They meet for the first time and Kazama must come to terms with being a single dad.

Quick pitch: Fuuta Okeya is a 14-year-old boy with the ability to see ghosts. His somewhat peaceful life is disrupted after meeting a transfer student named Kouko Ishigami.

After first, she wants nothing to do with Fuuta, but upon seeing his birthmark, she becomes his sworn enemy. Kouko claims to have cursed Fuuta in one of their past lives and intends to make him relive his deaths before killing him in the present.

Quick Pitch: This sad manga is about Mitsuki is a 12-year-old girl with a great singing voice. She dreams of becoming an idol and becoming reunited with her crush, but a throat tumor crushes her dreams.

While Mitsuki can still manage to sing, she needs surgery to remove the tumor, but it will damage her vocal cords. Determined to push through, Mitsuki accidentally overhears two shinigami comment that she only has a year to live.

Quick pitch: Kurosawa is an anti-social student who looks down on his classmates, but he has a secret. Every day, he sneaks off to the rarely used girls’ restroom and beats off.

His dirty hobby is discovered by Aya Kitahara, who uses the information to blackmail Kurosawa. What begins as a dirty joke ends up a heartbreaking coming-of-age story.

Quick Pitch: Shinichi and Yuuki die in an accident, but God gives them a second chance at life. There are strings attached: they have seven days to enjoy life with each other, but one of the must permanently die after the time limit.

5. Satougashi no Dangan wa Uchinukenai: A Lollypop or a Bullet

Quick pitch: Nagisa Yamada is bored of the countryside and plans on joining a military school. She meets a peculiar transfer student named Umino Mokuzu, who claims to be a mermaid in search of a true friend.

Quick Pitch: Ayu is a 17-year-old high school student with a cynical outlook on life. She doesn’t believe in love or happiness, and that money is the only thing that matters.

This leads Ayu to prostitution, but an encounter with an elderly woman may lead to a new worldview.

Quick pitch: Kouno Jun fell in love with Hasebe Rino while in kindergarten. After Kouno confesses his feelings to her, Hasebe disappears. The strange thing is that no one seems to remember Hasebe except for Kouno.

Several years later, Kouno is excited to learn that Hasebe has transferred into his high school…only to be distraught that she is not like how he remembers.

Quick pitch: Asumi Kamogawa dreams of exploring the stars and enrolls into the elite Tokyo Space Academy. Her motivation is tied to a tragic rocket accident that happened when Asumi was 1-year-old.

If she wants to be a part of Japan’s first manned space mission, she must overcome physical and mental trials.

Quick pitch: Ikuru is slowly dying. The organs that were transplanted to save his life are now killing him. Filled with distraught over the news, he requests the companionship of an AGH-RMS.

The “Ai-Ren” units are artificially created humans with implanted personalities due to requested specifications. They are created to proved a sense of comfort to terminally ill patients, allowing them to rediscover happiness before their end arrives. 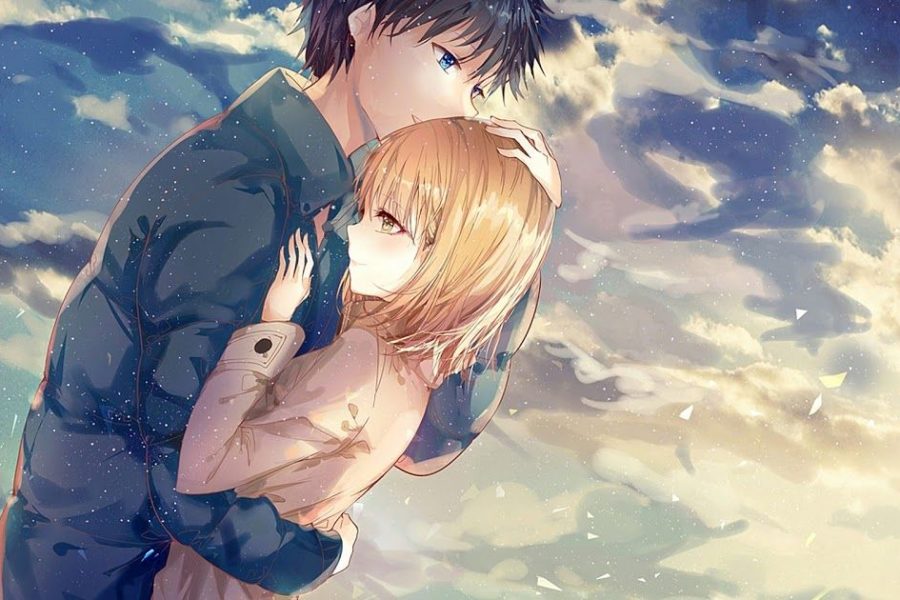