In the past we have talk about Flower Pokemon, Bat Pokemon, Fish Pokemon etc but today we are going to talk about mushroom Pokemon in this list.

So, Here are top 9 best mushroom Pokemon of all times.

Amoonguss is a mushroom-like Pokémon with a large, light-colored Poké Ball designed cap with warts.

It uses the Poké Ball-like patterns on its arms to lure in prey, though it doesn’t work too well in most cases. It also blows poisonous spores at its opponents.

Ladylichen is a humanoid mushroom Pokemon. It has long hair made of mold fuzz, and a dress made of slime mold. This Pokemon is a fan fiction Pokemon.

Ladylichen rots everything near it. They take residence in large, illustrious mansions… that quicky become dilapidated and condemned within hours.

It often acts as though it were a wealthy human and the building its estate. Ladylichen is a combination of ladylike and lichen, a type of mold.

Breloom is a bipedal, mushroom-like Pokémon with some kangaroo-like qualities. Most of its body is green, but its head to its neck and its tail are beige.

On top of its head is a green, mushroom-like cap with beige gills underneath and a round, red berry-like growth with a hole in the middle on either side.

It has oval, black eyes, a beak-like mouth, and frilled segments around the base of its neck. There are two red claws on each of its hands and feet.

Paras is an orange, insectoid creature that resembles the nymph stage of a cicada. Its ovoid body is segmented, and it has three pairs of legs.

The foremost pair of legs is the largest and has sharp claws at the tips. There are five specks on its forehead and three teeth on either side of its mouth. It has circular eyes with large pseudopupils.

Parasect is an orange, insectoid Pokémon that has been completely overtaken by the parasitic mushroom on its back.

It has a small head with pure white eyes and a segmented body that is mostly hidden by the mushroom.

It has three pairs of legs with the foremost pair forming large pincers. The fungus growing on its back has a large red cap with yellow spots throughout.

Foongus is a white mushroom-like Pokémon with a cap that looks quite similar to a Poké Ball. It has stubby, digit-less arms, a large pink mouth, and pinprick-like dark eyes.

It uses the Poké Ball-like pattern on its head to lure people and Pokémon in grassy areas, then releases a cloud of poisonous spores to defend itself.

The spores can also be used as a stomach medicine if thoroughly dried. It moves by either hopping or turning on its side and rolling on its cap.

This one is also one of the fan fiction Mushroom Pokemon Ladylichen is a humanoid mushroom. It has long mold fuzz hair done in a beehive hairdo, and a poofy dress made of slime mold.

Queenlichen are elderly Ladylichen. They have complete rot control, able to rot anything or even stopping the rotting process all together.

Its mold also has a similar degree of control to it.Queenlichen is a combination of queenlike and lichen, a type of mold.

Vileplume is a blue, bipedal Pokémon with rudimentary hands and feet. It has beady red eyes and a small mouth.

On its head is a massive red flower with an orange-brown center. Vileplume’s flower is said to have the largest petals in the world and is almost too heavy for the Pokémon itself to support.

The rounded petals of the flower are red and covered with white spots. A female Vileplume has fewer, but larger, spots on its petals.

Shroomish is a small Pokémon similar to a mushroom. It has beady black eyes and a half-triangle-shaped mouth. Its upper body is beige with frilled segments along the bottom and a small opening at the top.

There are green spots marking its upper body, while its lower body is completely green. It has small, round feet and no visible arms or hands.

When it senses danger, it shakes its body and scatters toxic spores from the top of its head. 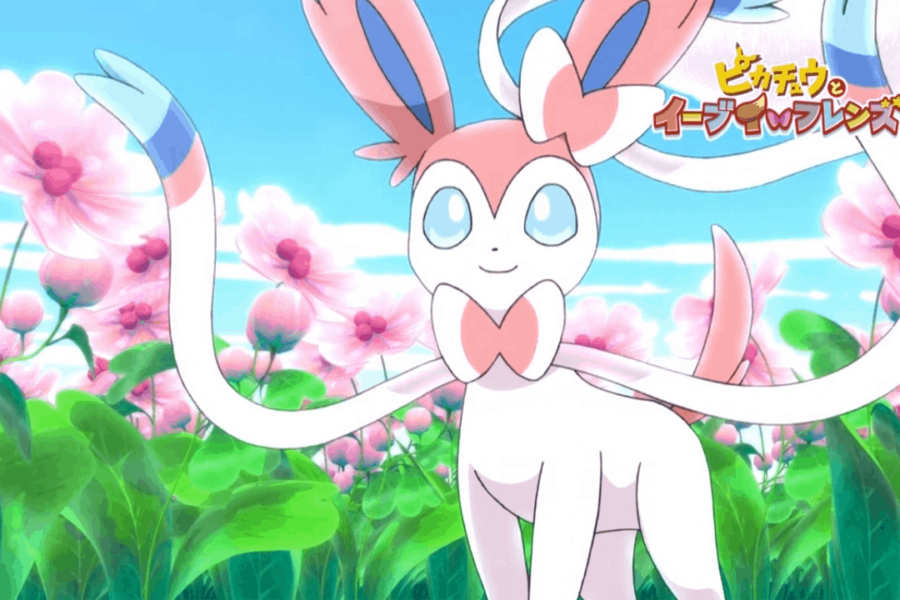