These truly beautiful Flower Pokemon are underappreciated for making Pokemon Universe so beautiful and fun place to live.

Pokemon can be categorized by Type, by Egg Group, by Generation, by Abilities, etc. But the Flower Pokemon category often get ignored even if this is consistently updated every new generation of Pokemon.

Flowers Pokemon can kill too they are not just beautiful like a blossom or growing a cute cotton head. So today we decided to create an ultimate list of these beautiful flower Pokemon.

Lets start the count down for these 19 truly beautiful flower Pokemon.

This Flower Pokémon stretches sticky vines from its head to pick flowers to create the ring around itself, and will give these rings to those it likes. The flowers can also be thrown at enemy Pokémon to create an opening to either flee or attack.

However, it feels uneasy without flowers. Comfey spreads oil from its body along its flower ring. The oil changes the flowers so they emit a soothing fragrance that affects both Comfey and its allies.

This aroma can also help with the treatment of people and Pokémon at hospitals.

Floette also holds a flower with five rounded petals that can be red, yellow, orange, blue, or white. The flower has three yellow stamens and a long green stem with a single leaf.

A more gorgeous flower contains more power for Floette. It flutters around and cares for flowers by giving its own power to them. If the flowers of a well-tended flower bed bloom, Floette celebrates with an elegant dance.

However, it will never forgive anyone who tramples a flowerbed.

Flabébé is a small Flower Pokémon with a white upper half and green lower half. It has beady eyes, a pink blush mark on each cheek, long, notched ears, and a small, pointed nose.

On top of its head are several spheres of pollen that form a crown. It has stubby arms and a tail, but no visible legs. Flabébé is a female-only species with no male counterpart.

It is one of the smallest Flower Pokémon in existence.

Gossifleur prefers living in lands with clean water and air. The pollen it produces has a healing effect, and it used to be made into a tea as a common folk remedy given to sick children in the Galar Region.

This Flower Pokemon can travel long distances by riding the wind, controlling which direction it goes by twisting its body and petals. While it travels, it starts to sing a joyous song that is said to charm many people into raising it.

Glossifleur can anchor itself to the ground in order to bask in the sunlight. When it absorbs enough sunlight, it spreads its petals as it blooms brilliantly.

This Flower Pokémon exudes a delicious smell from its entire body, which has made it popular with people of the Alola region. This scent has a calming effect on people, so they are often used as living air fresheners.

However, its sweet scent has also caused it to be swallowed whole by other Pokémon, especially Toucannon. It is too sweet for human consumption, but its sweat can be used to make a juice.

While fleeing danger, Bounsweet skips along in a way that does not convey its desperation. As a result, no one ever comes to help it.

Cherrim is a small Flower Pokémon with two different forms, both of which are dependent on the weather. During normal weather conditions, Cherrim is in its Overcast Form. Two purple petals enclose its deep pink body.

A short purple stem and a green leafy sepal sprout from the top of the petals. Its eyes appear to be near its short legs in this form. When there is strong sunlight, Cherrim is in its Sunshine Form. Pink petals similar to cherry blossoms surround its head and cover its chest. Several of the petals radiate outward from a yellow sphere on the back of its head.

There is a small, triangular patch of green on its neck. Additionally, two berry-like orbs, resembling cherry-shaped hair ornaments, adorn its head. It has stubby limbs, with the arms being pink and the legs being yellow.

Vileplume is a blue, bipedal Flower Pokémon with rudimentary hands and feet. It has beady red eyes and a small mouth. On its head is a massive red flower with an orange-brown center.

Vileplume’s flower is said to have the largest petals in the world and is almost too heavy for the Pokémon itself to support. The rounded petals of the flower are red and covered with white spots. A female Vileplume has fewer, but larger, spots on its petals.

Vileplume can shake, flap, or burst its petals into bloom with a bang in order to release clouds of pollen. The larger the Vileplume’s petals are, the more potent the toxic is.

Sunflora is a Flower Pokémon with a sunflower-like design. Its trunk and limbs are green, and its head is cream-colored. Its head is circular and has yellow petals growing along the rim.

The petals become more vivid as the weather becomes warmer. Sunflora has leaves extending like arms from its round body and two toes on each foot.

Sunflora converts sunlight into nutrition. Because of this, it tends to pursue sunlight and is always looking in the direction of the sun. While the sun is up, it moves around in a hectic manner.

Bellossom is a primarily green Flower Pokémon with circular blue eyes and red markings on its cheeks. It has two bright red flowers on its head and green and yellow leaves around its waist that resemble a skirt, all adding to the appearance of a hula dancer.

Bellossom’s petals are said to be more beautiful the worse the Gloom it evolved from smelled. When it rubs the petals on its head together, it creates a pleasing sound.

Bellossom does not possess feet; in the anime, its center-most leaves bent as it was getting ready to spring, suggesting that it uses its leaves as substitutes for feet or legs. However, the Pokédex does classify it as a biped.

Meganium is a quadruped, pale green Flower Pokémon that resembles a sauropod dinosaur. It has a long neck, yellow eyes, a short, blunt snout, and two stamen-like antennae on top of its snout.

Meganium’s petals release an aroma that calms aggressive feelings and its breath has the power to revive dead grass and plants. Its soothing, regenerative powers can even affect those who stand nearby.

Meganium tends to be very docile and has been portrayed as a peacemaker in the anime. Meganium can rarely be found living in grasslands.

Roserade is a bipedal Flower Pokémon with an appearance that incorporates features of roses and masquerade attire. It has hair made of white rose petals, and a leafy, green cape with a yellow, collar-like bangle on its neck.

The cape pattern reaches toward the back of its head, in spiky, sepal-like extensions on the hair. A male will have a shorter cape than a female.

It has a dark-green mask over its red, yellow-lidded eyes. The lower portion of its face is light green, and it holds a bouquet in each hand.

It has a red in its right hand and blue in its left. Its limbs and underside are light green. Its feet end with yellow tips.

One of the light green leaves, on the back of its head, is about as long as its body and resembles hair. Two light green leaves loosely hang down from its head. Its head and abdomen are white and its eyes, which resemble seeds, are a light shade of scarlet. It has dark green, linear leaves for arms, and a golden sepal under its neck.

It wears a large, light green, tulip shaped collection of leaves, resembling a dress. There are two long, dark green, linear leaves coming from its back to around the bottom of its “dress”. It also possesses another golden, sepal-shaped extension underneath its “dress”, resembling feet.

Lurantis both looks and smells like a flower, a trait that it exploits to lure foes in for a surprise attack. Its brilliant coloration and elegant moves have earned it acclaim as the most glamorous Grass-type Pokémon.

However, it does disguise itself as a Bug Pokémon for protection. Maintaining its appearance requires detailed grooming.

If a Trainer does a good job caring for it, Lurantis will have an easier time trusting them than a lazy Trainer and have gorgeous, brilliant colors.

Above its head is a green crest that fills a notch in its head and connects the cotton atop Eldegoss to its head. There are also brown seeds that can be found scattered on the top of its cotton.

Tsareena is a bipedal, plant-like Pokémon with a humanoid appearance. Its torso, arms, and legs are dark purple, while its hips and head are white. It has heavy-lidded, dark purple eyes with purple eyelids and long purple eyelashes, but has no visible mouth or nose.

The lower part of its face is hidden behind a short ruff extending up from its body. While its arms are slender with rounded, digit-less hands, its legs are long and powerful.

The upper portions of its legs have three pointed projections just before the hips, creating the impression of long boots.

The lower portions of its legs taper into small, pointed feet. It has wide hips made up of six segments that resemble the flesh of a mangosteen.

Venusaur is a squat, quadruped Pokémon with bumpy, blue-green skin. It has small, circular red eyes, a short, blunt snout, and a wide mouth with two pointed teeth in the upper jaw and four in the lower jaw. On top of its head are small, pointed ears with reddish pink insides. It has three clawed toes on each foot.

The bud on its back has bloomed into a large pink, white-spotted flower. The flower is supported by a thick, brown trunk surrounded by green fronds. A female Venusaur will have a seed in the center of its flower.

Shaymin is a small, white hedgehog-like Flower Pokémon. In Land Forme, it has green grass-like fur on its back and a pink flower with two leaves on each side of its head, which resembles the Gracidea flower.

Several Gracidea-like flowers also appear on its back whenever it feels comfortable, but when it senses an impending danger, it rapidly hides it back. Its legs are short and its underside is plump. Shaymin is the smallest Mythical Pokémon to date.

Florges is a slender Flower Pokémon with a white upper body and a green lower body. Its head is rounded with a pointed, upturned nose, long teardrop-shaped ears, and dark eyes with lengthy green, plant-like lashes Surrounding its head is an ornate bouquet of flowers that can be red, yellow, orange, blue, or white.

It has slender arms with three tiny fingers and two black diamond-shapes on its chest. Its lower body resembles a mermaid’s tail with two large leaves sprouting above the tailfin. It is a female-only species with no male counterpart.

In Sky Forme, it has a slender, canine appearance like that of a small reindeer. The fur on its back becomes a mohawk, and it has a red flower petal on the left side of its neck, resembling a scarf or cape.

It has flat, white ears resembling wings, a small tuft of fur on the front of its neck, and a stumpy tail. Shaymin will change into Sky Forme and back if it touches a Gracidea.

It reverts to Land Forme at night or if it is frozen. Shaymin can instantly purify any polluted area of all impurities in the air and transform it into a lush field of flowers. 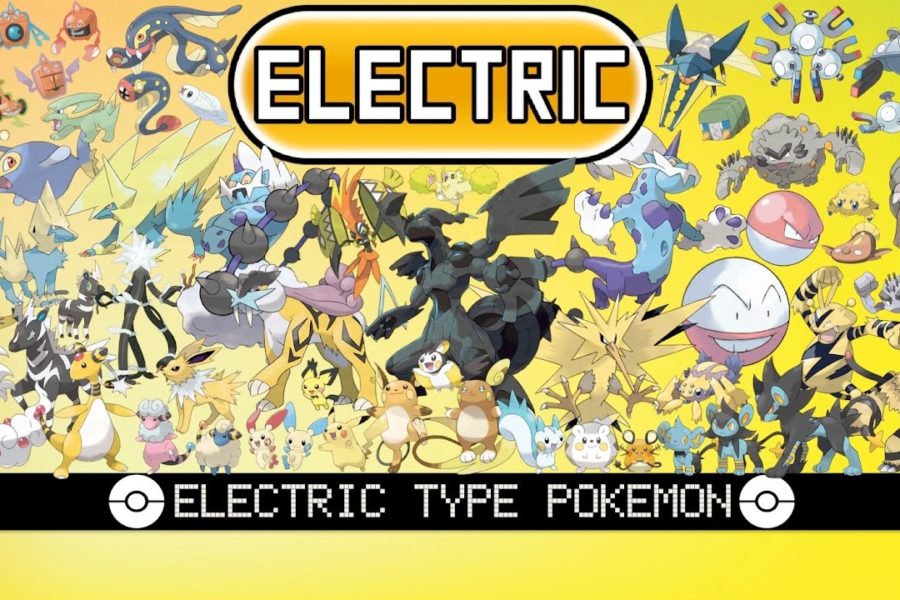