Here’s all the angry anime girls who you don’t want to rile up.

Deuteragonist to this Yuri anime explores the usually calm and collected coffee if reading character.

She often comically losses her temper at Al the careless things her counterpart does like eating snacks before lunch.

Her reprimands are often out of care for her friends and more towards the motherly side, which is very often an endearing sight to see.

Hazuki or ‘Okappa’ for short usually is calm and definitely looks like a normal person, but only in the beginning.

She often has violent outbursts of anger whenever something happens, like when someone dunks a basketball on her head, she will dunk you into the basket.

She is definitely not to be messed with.

Under the covers of this ‘prim and proper lady’, lies the tomboyish, prideful and short-tempered real Misaka.

A person of her own, Misaka often rages when things violate her sense of justice. Her judgment, resolve, and determination are often shown through her affiliation to crime-fighting organizations.

She is smart, caring, humble most of the times in addition to having a genuine care for human life.

Like most characters on this list, she is a Tsundere and has such a difficult time admitting that she cares about people.

Hitagi is the kind of person who uses her words like bullets and your heart as targets. She is blunt and straightforward and will say the most hurtful things without batting an eyelash.

Although she has a tongue sharp as a sword, she is sincere and earnest with everything that she says.

Talking to her might be a challenge but once you have crossed the wall, only gold awaits you.

She is one of the characters who use the lines of good and evil as a jump rope. She has her own definitions for them. If it helps her and her friends’ survival, it is good. If not, it’s bad.

Feminine, charming, and shy on the outside, she is cold and calculating on the inside. She doesn’t mind using violent and cruel means that result in pretty gruesome deaths.

The loneliness and sorrow that engulfed her in his childhood because of her abusive mother and absent father send nerve-wracking effects on her personality making her the way she is.

“You better make me happy Kenzou, because hardship doesn’t suit me.”

This one line sums her up entirely.

She will do anything to keep any hardships or even potential hardships at bay, dating people for fun without any feelings for them and dumping leaving them to suffer.

She played a minorly antagonistic role before changing after falling in love.

Her short-tempered tantrums, obviously,  didn’t change even after that, just softening up a bit.

Ikumi = Tsundere = hiding your loving maiden heart with a veil of anger.

This lady is a meat expert and always carries a butchering knife with her. Not only for cooking but for the time when people manage to piss her off which frankly speaking is quite easy to do.

Just calling her by her nickname will make you a nice and easy A5 quality human steak that is ready to be converted into a delicious dish.

Just talking to her will do that just as easily for most people.

Or it was supposed to be.

Rather than seeing Sakura healing people, most of Sakura’s time is spent on yelling at people and in general being angry.

But she definitely shouldn’t be taken lightly. Her chakra control is so precise that her strength is enhanced hundreds of times making her able to throw giant rock pillars at people and killing them in one punch itself.

There’s no way, we’re talking about angry girls and there’s no antagonist on this list.

Quick to snap and resort to harsh words and insults, Albedo, is cruel and doesn’t mercy anyone.

She views humans as a weak race that should be annihilated and will do so without any hesitation, unless her master says otherwise.

Her rivalry with her enemies isn’t supposed to be taken lightly considering all the super strength, magical abilities, and axemanship that she has.

Let’s look at the perfect example of the tiny girl who would yell at you for anything you say.

Taiga is not afraid to speak her mind as is often considered rude, foul-mouthed and even conceited by people.

Underneath all the prickly thorns that are Taiga, she is a very kind and loyal person. She is quick to snap but also knows that it isn’t something nice. She often apologizes to her friends if she says something hurtful to them.

Wouldn’t someone just give her a hug? Because for every part angry that she is, she is just as sweet and cute.

Beatrice or ‘Betty’ has every right to be angry about everything that has happened to her.

Beatrice has skillfully covered all her hurt, sadness, loneliness, and despair under this flimsy blanket of anger.

“Hello, this is your principal. Yeah. We are bored with an all-boys school now. We are making it co-ed starting tomorrow. So, keep your behavior accordingly.”

Now being a girl Student Council President is so much more of a pain than it first looks like.

Having to deal with guys who went to an all-boys school and now suddenly are exposed to girls, constantly slack in their work, don’t finish cleaning up after, mess with girls for their clothes and hair is so much more than what she bargained for.

No wonder she always is screaming, yelling and reprimanding people for their behaviors.

In a world like this, where humans are just pigs with clothes on and the major weapon used are clothes…um…

Uniforms to be more precise ruled by one single dictator, all Ryuuko wants to know is the secret of who and why they killed her father.

This girl is not afraid to dirty her hands in fights, black eyes and swollen cheeks. She’s had it all. She picked fights, she’s been picked fights with, she’s broken bones, has had her bones broken.

Although angry is her default setting, she deeply cares about people who are her friends and allies.

With the expansion of Jujutsu Kaisen’s domain, Kugisaki Nobara has come into the limelight. She does what she wants, how she wants it and you can’t do anything about it.

If you try and lecture her, she’ll smack you with her mallet and walk away with you crawling on the ground.

As much as this light-hearted, funny, and city-loving sorceress is cute, she is every bit as badass and dangerous.

Nobara doesn’t care who you are. If you piss her off, she will show you who’s the boss. And let me tell you beforehand, she is. She is the boss. You are not.

You hear these words from Revy’s mouth, you’d better run and hide and pray and hire an army to protect you and do whatever you can to protect yourself.

This Caucasian is known as ‘Two Hands’ for a reason. Two hands and two cutlasses make the perfect combination for Revy.

Reliable and badass, Revy carries her heavy past on her shoulder that often manifests in the form of anger management issues.

Usually, someone who enjoys her ‘delivery job’, once you make her mad, don’t even expect an easy death. This woman will keep you alive and torture you until she is satisfied with hearing you oink like a pig and begging for mercy. 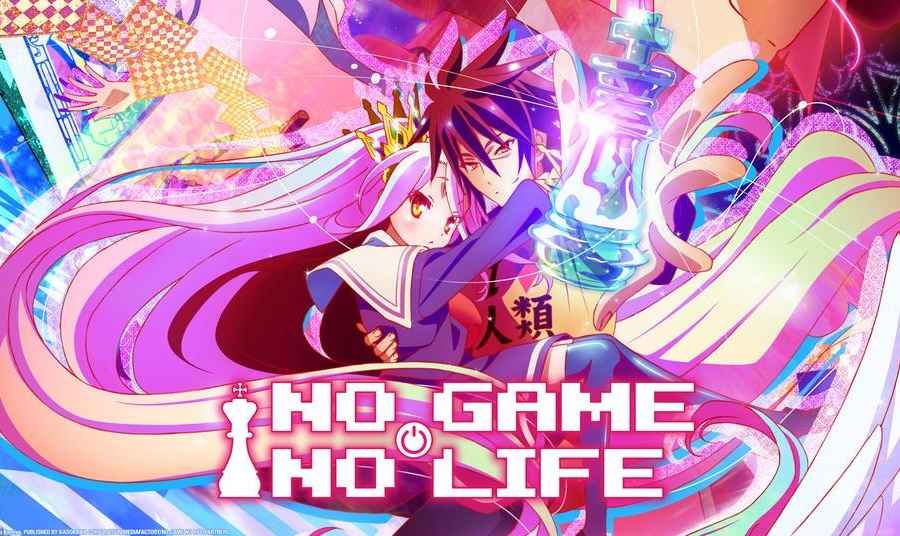