Today we are going to create a list for Crab Pokemon. If you are a regular reader of MOW you have seen we have created many list in the past like Ice type Pokemon, Mushroom Pokemon Etc.

So, Today we decided to cover crab Pokemon list as many Pokemon fans requesting it. I don’t know but i feel Crab Pokemon are the part of Fish Pokemon or Water Type Pokemon.

Lets begin the list if these 14 best crab Pokemon of all times.

Corphish is a red-shelled, crustacean crab Pokemon with a short tail similar to a lobster. Its eyes are saucer-like with small pupils, and it has three spikes on top of its head.

It possesses four pairs of limbs in total: two large pincers used for gripping prey, and three pairs of legs used for walking.

The upper segments of its legs, the underside of its body, and lower halves of its pincers are cream-colored.

Crawdaunt is a primarily red, crustacean crab Pokemon with a tan underside. It has circular eyes set in deep sockets and a large, star-shaped growth on its forehead.

The upper and lower halves of its underside are separated by a pattern of angular red shapes, and there are two blue stripes on its throat. Its forelimbs have two large pincers with spiked edges and tan lower halves form.

There are two sets of hind limbs. The foremost pair are simple claws with two spikes, while the rear pair are large and thick with two white claws. A yellow triangle marks the base of its lobster-like tail.

Clauncher is a crustacean crab Pokemon that resembles a bright blue shrimp. It has three pairs of the light gray legs; two pairs have simple blue spikes, while the foremost pair forms a larger set of claws.

One claw forms a single, sharp point and the other is much larger and forms a more traditional pincer with a tiny yellow claw. Each front claw has a black stripe across the top.

It has a pair of yellow antennae on top of its head, yellow eyes, and three pointed mandibles. There are three black stripes along its back that separate its body into segments, and it has a light gray underside. Two black, rectangular fins form its tail.

Clawitzer is a crustacean crab Pokemon that resembles a bright blue shrimp. Its body is divided into several segments by black ridges and there are three small spikes behind its head.

It has semicircular, yellow eyes, a black stripe across its face, and three pointed mandibles. Its tail consists of three rectangular fins: two black ones and one bright blue one.

It lacks legs, but has two clawed arms. The left claw is smaller and is dark blue with a black stripe along the back and a yellow tip.

Kabuto is a small crab Pokemon resembling a horseshoe crab. It is mostly flat with a protective, brown shell covering its body.

There are two small, black eyes on top of its shell, which it uses for sight when it hides on the ocean floor. Underneath the shell is a black space that hides the structure of its main body.

Only its four short, yellow legs and a second pair of luminescent red eyes are visible on its underside. In its original time, Kabuto was prominently found on beaches, likely aided by its fast and powerful swimming ability.

Dwebble is a small, orange hermit crab-like crab Pokemon with large pincers. It has dark, oval-shaped eyes supported by eye stalks. It has a hook-like tail that is concealed underneath the sectioned chunk of gray rock it uses as a shell.

This tail is possibly used to keep the rock in place or to carve itself a new home should its old rock get lost.

When finding a rock to use as its shell, Dwebble inspects the rock to see if it can be used, then it digs a hole in the rock’s bottom.

Kingler is a crustacean Pokémon resembling a crab. Its strong shell covers the outside of its body, featuring a red upper half and a light tan lower half.

Its upper half is topped with six tall, thin spikes that resemble a crown. Its light tan arms are also connected to its upper body. Its lower half doubles as its jaw with six fangs overlapping its upper body.

Its two outer fangs are much larger than the inner four and are roughly half as tall as Kingler’s entire body. Its hips visibly protrude from its lower body and connect to its four long, thin legs.

Krabby is a crustacean Pokémon with a strong outer shell protecting its small body. Its upper half is red and has its eyes and two small spikes on the top of its head.

Its hips are visible on the lower front of its body connected to its four long, thin legs.

Crabominable is a crustacean Pokémon that resembles a crab covered in white fur. The fur is fluffier around its mouth, shoulders, and claws; the fur is absent on its face, the tips of its legs and arms, and portions of its chest, abdomen, back, and arms.

On top of its head is a patch of yellow fur with two tufts extending upward. Its face is light blue with beady black eyes and a large mouth where two blunt teeth are visible.

Below its mouth is a dumbell-shaped, dark blue marking, and its abdomen is also dark blue with lighter blue stripes.

Paras is an orange, insectoid creature that resembles the nymph stage of a cicada.

Its ovoid body is segmented, and it has three pairs of legs. The foremost pair of legs is the largest and has sharp claws at the tips.

There are five specks on its forehead and three teeth on either side of its mouth. It has circular eyes with large pseudopupils.

Crabrawler is a crustacean Pokémon resembling a crab. Most of its shell is purple with blue and yellow accents.

It has two long, yellow antennae over its eyes. One blue eyelid is usually half-closed, giving it the appearance of a black eye.

The purple shell covering its body appears to be made of three parts: two plain plates covering the shoulders and part of the chest and one plate covered in blue stripes across its underside.

Parasect is an orange, insectoid Pokémon that has been completely overtaken by the parasitic mushroom on its back.

It has a small head with pure white eyes and a segmented body that is mostly hidden by the mushroom.

It has three pairs of legs with the foremost pair forming large pincers. The fungus growing on its back has a large red cap with yellow spots throughout.

Crustle is an orange Pokémon resembling an insect or crustacean.

Its most distinguishing feature is its enormous shell, which resembles a cut-away block of sediment with multiple layers and strata visible.

The tips of its pincers and six feet are dark gray. It has two glaring yellow eyes. Crustle possesses a straight tail that is concealed underneath its shell. 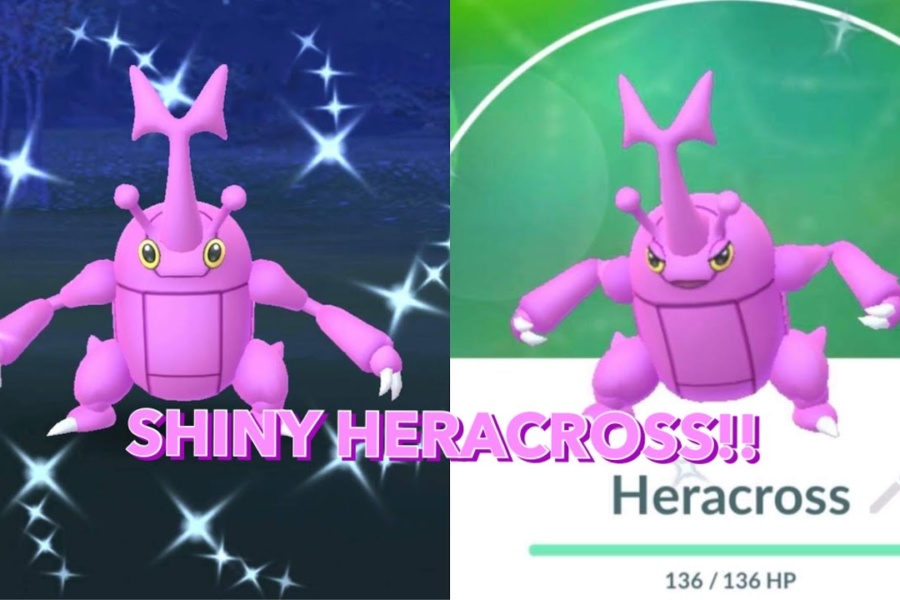