Many of us love Cars, Speed and thrill that comes with it so why not explore same thrill in anime world so today we are discussing 10 exciting anime about cars.

These anime about cars are very exiting to watch and I am sure you will love them if you love cars.

Without wasting any more time lets just dive into our 10 best anime about cars of all time you need to watch.

Sometime in the near future, in an age in which we have established contact and communications with planets outside our galaxy, Scan2Go has become a huge phenomenon throughout all of outer space.

Giant races are held at every locality, with each racer gunning for the title of the universe’s number one racer!

The main character in the series, Kazuya, possesses the power of the eagle, performed well with his blazing, innate power commanding his falconine beast spirit. He competes in a tournament, the “Pro-Racer Exhibition Race.”,

but was no match for the other teams that had won their way through the competitive Space Preliminaries.

Realizing the difficult obstacles that lie before them, Kazuya and his friends leave the small Earth behind and set off on a universe-wide quest to hone their skills as warriors!

Rick Wheeler was a police detective who got into a fatal car accident while pursuing the criminal Zoda. He was placed into artificial coldsleep for 150 years.

Wheeler is brought back to life by Jody Summer and Dr. Stewart, who work with a group of good racers who try to keep prize money out of the hands of unsavory people like the Dark Million Organization run by Black Shadow and Deathborn.

Arrow Emblem – Grand Prix No Taka. Takaya Todoroki’s dreams of becoming an F1 driver are halted when he crashes his self-built car, but a masked man offers him a second chance, and so Takaya takes on the challenge of establishing his talent with the new Katori Motors team.

The Mach 5 is one of the fastest and most technologically advanced race cars built by man. Equipped with various gadgets and a powerful engine, it provides a challenge for anyone who would dare race against it.

The driver of this amazing vehicle is Gou Mifune, a teenager who dreams of breaking into the world of professional racing.

In spite of this, Gou’s father and the creator of the Mach 5, Daisuke Mifune, does not want his son anywhere near a racetrack.

Undeterred, his girlfriend Michi, younger brother Kurio, and Kurio’s monkey sidekick Sanpei become Gou’s biggest fans as he sets out to become the greatest racer of all time.

However, Gou soon learns that becoming a professional racer is not easy. From the underhanded plots of corrupt businessmen to stiff competition in the form of his rival, Racer X, Gou faces many obstacles on the road ahead, and has a lot to prove before he can cross the finish line.

Twin brothers Frank and Karl live with Uncle Charles when their parents are away. They go to school and meet Mike and Sally.

They meet Sally, Norton and Mike and tell them all about R.C. Racing, but Karl tells that R.C. Racing is just babies games. Then after school, the guys go to the Race Tin club, and Mike races the duo.

Karl fumbles with the controller buttons and Frank copies Mike and comes into second. After the race, Sally and his father arrive. They get to the car shop and analyze some cars. Mike tells them what R.C. Racing cars are like.

He explains his car as an example, and he tells that the higher the level, the car will have to be modified with spoilers and new body kits.

Frank and Karl Race Marco and later on Sword, continuing to race Tommy and Norton, on-wards against Ocean, and they race Sword again in the finals.

The human race has recovered from the cataclysmic disaster now known as the Equator Winter.

Now, each country begins to battle one another with robots to establish the new world order.

Based on the manga by Tetsuhiro Koshita, Bakusou Kyoudai Let’s & Go!! has two main seasons evolving around the Go brothers and the TRF Victorys.

From there on, the series portraits those two boys, training and customizing parts to later on participate on Japans Cup, where all of Japan’s racers enter to be the best of the best!

The car has a dark history of accidents, leading some to believe it’s cursed; hence its nickname “Devil Z.”

Akio also discovers that the Z’s first owner shared his first and last name, and was killed in the car during a race with the Blackbird.

Taira Kappeita, or Capeta, was a 4th grader boy. He had lost his mother when he had been very little. Although he pretended to be tough in front of his father, actually he felt lonely.

One day, his father brought junk parts home from his workplace and made a racing cart. Soon, they went to a circuit to drive the cart.

However, Capeta found that its frame was bent and it could hardly run straight. But, with his technique he managed the cart. Furthermore, he followed soon after the fast cart and he could nearly leave it behind.

The driver in the cart was Minamoto Naomoi, the champion of the East Japan Junior Cart. Looking at their chase, Naomi’s mother, Minamoto Nanako, advised Capeta to take part in the official race.

Takumi Fujiwara is the son of the owner of a local tofu shop. At night, Fujiwara gets in his souped up AE86 Sprinter Trueno (AE86 Corolla GT(DOHC)) and races on the seldom-used Japanese mountain roads.

One night, the Akagi Red Suns team, a racing club, challenges the Akina Speed Stars to a race on the mountain where Fujiwara lives.

Keisuke, one of the leaders of the Red Suns, races his legendary Mazda RX-7 – only to be beaten by the mysterious Fujiwara. 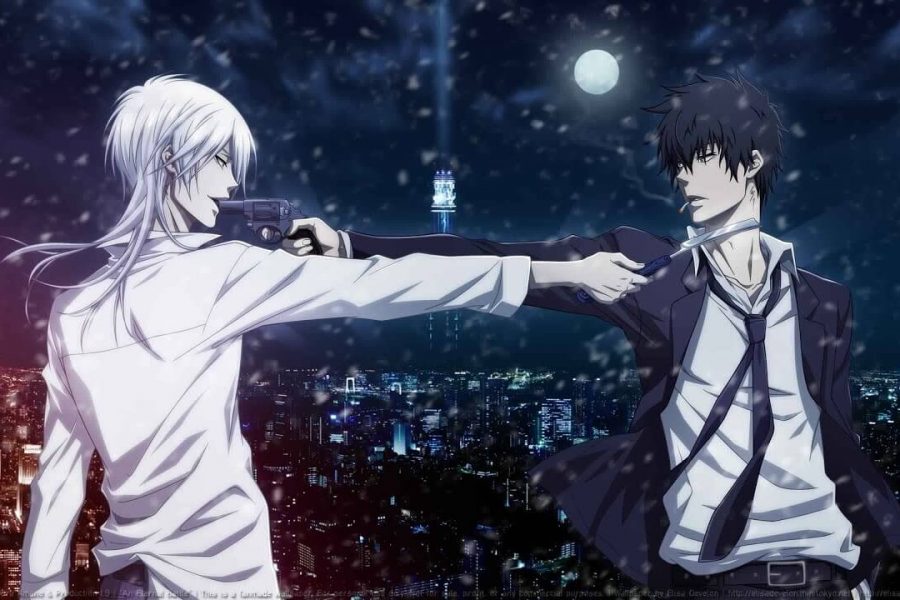