Berries have always been an important part of a strong Pokémon team, from the traditional berries of Gold, Silver, and Crystal with one word in all capital letters to the beautiful and unique berries of later generations.

In the world of Pokemon berries offer an extraordinarily diverse range of advantages, boons, and boosts and frequently decide the outcome of a conflict.

Berries have undergone a number of aesthetic and gameplay alterations since they first appeared in the Generation II games.

Many of them offer healing or the eradication of status conditions, but scientists are aware that this is only the tip of the berry barrel. The top berries and their effects are listed below in order of quality.

Unusual, but if used properly, by far the greatest berry in the game. The Wiki berry will replenish 50% of the Pokémon’s maximum HP whenever HP has dropped below 25%.

The Pokémon also feels perplexed if it dislikes the dry flavour. However, such a bizarre health increase is definitely worth investigating.

If they can handle the taste, the majority of Pokémon who don’t already possess a held item need to be carrying one of these!

A Berry that Pokemon can eat. A Pokemon’s Speed stat will rise in a pinch if it has one.

If a Pokemon who dislikes this Berry consumes it, they will experience the status condition of confusion.

Rest is one of Pokémon’s top moves. Your entire HP will be fully restored, and every non-volatile status condition will be resolved.

This has infinite applications and is quite advantageous. Rest’s one drawback is that it sends your Pokémon to sleep; they won’t awaken for three turns.

The Chesto Berry enters the picture here. It will awaken if the Pokémon is holding it.

The “Rest and Chest” tactic is straightforward: after using Rest to fully restore your monster, strike on the next turn after it consumes a Chesto and awakens. It’s ideal.

Pokémon GO is far too frequently a candy-collecting game. You’ll want that species’ candy in order to evolve your monster, give it greater power, a second move, and other things.

You’ll require a specific quantity of Pikachu candies, for instance, to evolve Pikachu.

A fruit that can double the quantity of candy you receive for a catch is an easy sell in light of this. The Pinap Berry was developed with this in mind.

However, there are times when choosing to double the candy over using a Razz Berry—which aids in Pokémon capture—will be the better option.

The risk involved is what draws people to the Silver Pinap. In addition to increasing the catch rate, it doubles candy. Nice.

Effort Values, or EVs, are a secret component of the Pokémon franchise that many new players are unaware of.

In essence, every time your friend defeats a Pokémon, it gains Effort Values in various attributes. You’ll note that these EVs have an effect on how certain stats develop and advance over time.

The issue with this is that each Pokémon can only acquire so many EVs in total. You should redistribute them if you earned them in the incorrect stats.

Fortunately, several berries, including Pomeg, Kelpsy, Hondew, Qualot, Grepa, and Tamato, allow you to do this. Each raises your’mon’s friendliness while also resetting a particular stat’s EVS.

As a result, Crobat can develop quickly and reach maturity sooner.

The Custap Berry is a cool technical item that is sometimes used in competition, usually on a Pokémon that is dangerous.

It lets you move first when your Pokémon’s HP drops below 25%. This is especially useful on Fortrrress, Toxipex, and Ferrothorn sets.

It’s kind of like a last-ditch effort, giving you the chance to set up one more risk that you wouldn’t have otherwise.

It also lets you get the most out of your slower Pokémon, making it a very powerful move.

Occa, Yache, Passho, Chople, and Charti. What feature do all of these berries share? They lessen the harm of certain types of super-effective techniques. In this instance, they are, respectively, water, ice, and rock.

The power of a move that hits the player holding the berry and is super-effective while matching the kind of the berry is reduced by half.

These berries can mean the difference between life and death for some Pokémon that are competitively viable but have awful vulnerabilities (or double weaknesses).

For instance, Garchomp is a favourite in the competitive scene, but its dual vulnerability to ice can be a serious problem. Add a Yache Berry, and you’re good to go.

With regard to features, functionality, and even a number of objects, the Let’s Go games are similar to a spinoff of Pokémon GO.

The berries, including the standard, silver, and golden varieties of the Razz, Pinap, and Nanab berries, were one element that the Let’s Go games stole.

The Golden Razz Berry is frequently regarded as the greatest of this trio. These berries greatly improve your chances of a’mon staying in the ball when you try to catch it, just like in Pokémon GO.

This might mean the difference between keeping that shiny or Mewtwo and losing it once more to a ball break-out.

Quite simply, when your Pokémon lose 10% or more of their maximum HP, an oran berry will restore 10 HP.

It only restores a minor amount of health, but on Pokémon with small HP pools, it can be rather helpful.

In essence, an Ether will restore 10 PP to a move of your choice when a Pokémon eats a Leppa fruit during combat.

Ethers are uncommon items, and PP replenishment may be difficult depending on your current activities. Leppa berries in your bag will help you save a tonne of time!

When your Pokémon is struck by a move with a special attack component, it will eat a Maranga fruit to boost its special defence.

When a Pokémon’s defences are boosted, like Snorlax, it becomes a major annoyance. Berries like these are great if you’re short on held things.

Similar to the Maranga berry, but when hit by a physical attack, it enhances Defense.

Every type in the game has a berry, which weakens a super-effective of that type.

A Grass-type Pokémon can use the Occa berry (shown) to lessen the impact of a Fire-type attack.

In general, you don’t want your Pokémon to actually take a particularly potent attack.

Even if it’s sometimes unavoidable, it’s very fantastic to be able to respond instead of getting knocked unconscious.

The Lum fruit is a fantastic option because it has the ability to treat any status ailment, including bewilderment, in the midst of combat.

Having a quick and simple choice available is a fantastic idea because so many Pokémon can prove to be annoying with their antics of freezing or putting yours to sleep.

While holding a Sitrus berry, a Pokémon will consume it when its HP drops below 50% in order to restore a significant 25% of its maximum HP pool.

Just keep in mind that it only works if your Pokémon lives and not if it is instantly killed.

Enemies never expect such a wonderful increase of HP. How to Get Sylveon in Pokémon Go? 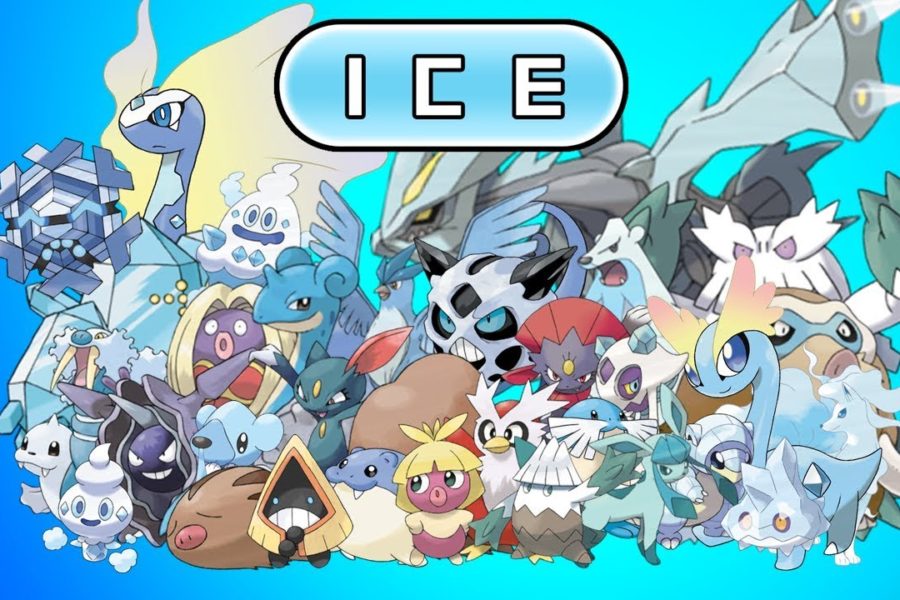