Jujutsu Kaisen expertly establishes Suguru Takeo’s role as the primary antagonist, the one who pulls the strings of the shadows right from the beginning.

As with all of us, I had plenty of questions after watching the show. I was still a bit naive about Geto, so I decided to read the manga.

By studying Gojo’s past arc, we learn that Suguru Geto was an undergraduate at Jujutsu High with Satoru Gojo.

A deformed sorcerer seems like a simple concept until Geto discovers that he died a while ago and then is believed to be possessed by the evil sorcerer Noritoshi Kamo!

However, this is also revealed to be a misunderstanding!

Suguru Geto was an ex-Jujutsu sorcerer who left Jujutsu High due to his views on society. Kenshuku, the current antagonist, adopts his deceased body to practice its curse manipulation technique.

Noritoshi Kamo was introduced in Chapter 60 as a strong sorcerer in the story of Jujutsu Kaisen. He is famous as the creator of the Blood Manipulation technique and the Nine Cursed-Womb Death painting.

He is thought to be a mark on Kamo’s name. The Kamo family name is due to the horrific tests he conducted on a woman who had special genetics that enabled her to bear the child of a cursed spirit.

When she became pregnant, she rushed to a temple that was owned by sorcerers. It was there that Noritoshi Kamo found her. The woman was pregnant nine times and had nine abortions, which resulted in the formation of nine death paintings of the cursed womb.

Noritoshi mixed his own blood with the cursed wombs, which led to his being the inheritor of the Kamo clan’s blood manipulation technique. This led to Choso as one of the death paintings that were allied with Yuji before revealing the true identity of Geto as Noritoshi Kamo thanks to their blood connection during Chapter 134.

However, in the next panel, Noritoshi or Kenshuku is claiming the fact that Noritoshi Kamo is simply one of his numerous names, which is a hint at his real identity.

Noritoshi Kamo was possessed by a sorcerer called Kenshuku. The fact is that it was revealed through Master Tengen in Chapter 145. Both Suguru Geto and Noritoshi Kamo have the same forehead scar, which indicates that their brains were altered.

It is likely that the evil actions of Noritoshi Kamo, including the creation of the Cursed-Womb Death Paintings, were the work of Kenshuku rather than Noritoshi Kamo.

Who is Kenshuku? What was the Reason he had Geto?

He states that Kenshuku is a master of barrier techniques, which is the second-highest rank after master Tengen himself.

It is possible to conclude that Kenshuku is over 1000 years old from his declaration in Chapter 136 concerning the vows to vow binding he made millennia ago, and also from his statement to Sukuna at the close of the same chapter on reviving the “Golden Age of Jujutsu” from the Heian Era.

Suguru’s Goto’s Curse Manipulation Technique is incredibly powerful, and it is probably the main reason why Kenshuku decided to take him on.

Kenshuku had a clear goal of removing Mahito and Jogo’s cursed methods right from the beginning.

The Geto’s Curse Manipulation has also assisted Kenshuku in setting his goals in motion.

The Sujo’s Past Arc: the Death of the Plasma Star Vessel Riko Amanai and the praise that was received from the Star Religious Group for the same, challenged Suguru’s belief in humanity.

Suguru began to feel resentment towards non-sorcerers. This hatred grew to the point of hatred as Suguru kept questioning the value of constantly inhaling curses and exorcising for the good of un-sorcerers.

Suguru was at his lowest point during Chapter 77, when he came across two young sorcerers, Mimiko and Nanako, who were mistreated by non-sorcerers. They murdered all the 112 residents of the village.

He later came up with the idea that sorcerers were more powerful than non-sorcerers and that all non-sorcerers had to be killed in the next stage of evolution. Sorcerers should not have to put their lives at risk for the weak.

Suguru’s views on evolution appear to be aligned with Kenshuku’s current plan and might have drawn his attention before Suguru’s demise.

Kenshuku’s experiments during his time with Noritoshi Kamo’s knowledge and the development of Cursed-Womb Death Paintings were likely his first attempt to bring about the evolution.

However, these experiments did not work because the results he was able to create were constrained by his own capabilities.

Also Read:  How Old Is Eri in My Hero Academia & Her Birthday?

In Chapter 136, the author states that he realized the ability to cause chaotic conditions beyond the control of his mind was necessary to get over the limitations. The chaos is in the shape of a culling game.

Then, he used this technique remotely on two kinds of non-sorcerers whose brains were adjusted to allow for sorcery. Then they used it to ingest cursed objects, such as Itadori Yuji, who were given the strength to act as vessels.

In the same way, Kenshuku made vows with various sorcerers throughout the past 1000 years, the remnants of these sorcerers are the cursed objects used to construct these newly constructed vessels.

An additional seal was also put on these cursed objects. The vows of binding that preserved the cursed objects were dissolved at the time Kenshuku was able to take over Suguru Takeo’s body.

Then he broke the seal after casting Idle Transfiguration—activating multiple cursed objects at the same time. Additionally, he released several curses he had gathered through the power of Geto.

In the culling game in place to make these new sorcerers along with curses to engage in combat, Gojo was sealed away and could not interfere. When the Jujutsu World’s leaders left, there was no time to react. The chaos that Kenshuku had hoped for is afoot.

Kenshuku will use Chaos from the Culling Game to acclimatize the new sorcerers to the jujutsu methods and to reach levels that could never be possible through their own training before integrating them into Tengen, the Master.

Because of fate and the influence of Toji Fushiguro, 11 years ago, Master Tengen was unable to join the Plasma Star Vessel. Since that time, he has gone beyond humanity.

He’s now the Cursed Spirit, rather than being a human, and has reached an additional state of being that permits him to join with other people who aren’t the Plasma Star Vessel.

Why was Gojo Satoru sealed?

Gojo Satoru is an incredibly powerful fighter, as he is the only person to be able to claim two of the Six Eyes and the Limitless Technique over the past 100 years.

It is believed that only those who have the Six Eyes can draw out the full potential of the Limitless Method.

If it was his, Gojo could easily defeat Kenshuku and all of the recently released curses and put an end to the culling game. Kenshuku secured Satoru Gojo to stop Gojo from interfering with this culling game.

Kenshuku’s plans are constantly stopped by the prior Six Eyes users. Instead of trying to take down Gojo and his friends, Kenshuku locked Satoru inside the Prison Realm because only one person can inherit six eyes at a time.

Master Tengen has developed to a point at which the Curse Manipulation techniques of Geto may be applied to Master Tengen.

Kenshuku is certain to get Master Tengen as he is an integral component of his strategy to help humanity evolve.

Kenshuku is planning to integrate Master Tengen into every human in Japan following The Culling Game to create a race of sorcerers at the highest level of human capabilities.

According to Master Tengen, Kenshuku has a wide array of curses to attack with and is also a master of barrier techniques. But, Kenshuku would have to fight Choso and Yuki as well, whom Master Tengen has requested to guard his position.

Yuji, Megumi, and Yuta are attempting to participate in the Culling Game to try and save the sorcerers and stop Megumi’s sister Tsumiki from being forced to join.

They have also gained access to the backside of prison territory, and they are searching for a sorcerer called Angel who can end the cursed techniques to free Gojo.

Yuta, Megumi, and Yuji make up a formidable trio. Together, they can break the culling game and stop Kenshuku. Kenshuku’s plans could be thwarted if Angel is located or Satoru Gojo is sealed.

The extent of his current strength is unclear. He could beat Geto as a novice sorcerer and has gone through many years of training since then.

However, Yuji has ingested 15 of Sukuna’s hands so far; however, he has not yet taken the Sukuna techniques.

Although he doesn’t have an inborn method of his own, Yuji has been recommended as a Grade 1 sorcerer.

Megumi’s strength and persona have also grown since his appearance in the Death Painting Arc, and he is motivated by the desire to save his younger sister Tsumiki. Together, they are certain to cause chaos during the culling game.

Jujutsu Kaisen, also called Sorcery Fight, is a Japanese manga created and drawn by GegeAkutami and has been published in Weekly Shonen Jump since March 2018.

A television adaptation of the anime series produced by MAPPA was launched in October of 2020.

The story centers on Yuuji Itadori, an aspiring high school pupil who, despite his dislike of sports, is incredibly athletic.

Yuuji is drawn into magic once his stomach is filled with a powerful talisman to safeguard his fellow students from the curse.

After realizing that Yuuji was not affected in any way after being cursed, Satoru decides to send Yuuji on a journey to rescue the entire world. 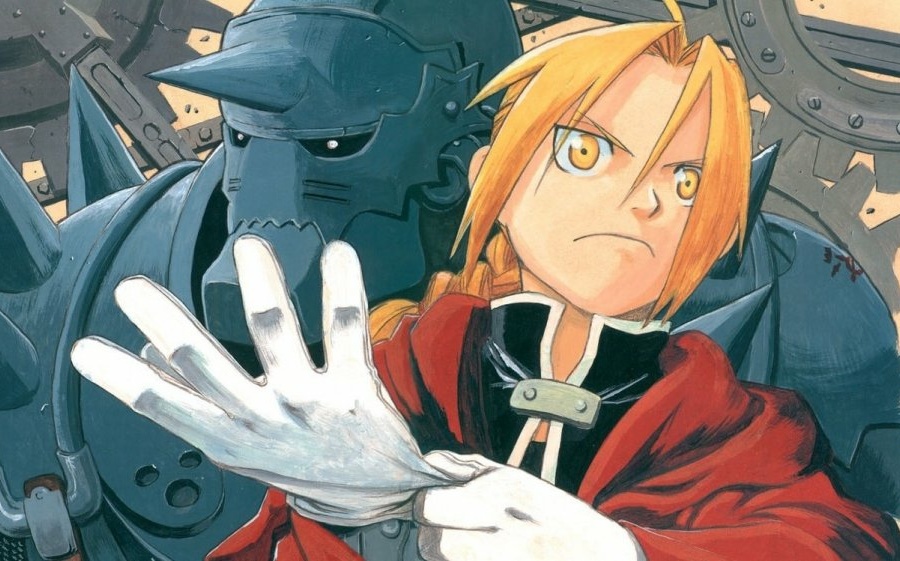