NieR: Automata is an action role-playing game, thus possessing the strongest weapons is essential, especially when you enter the hard and extremely hard settings.

Despite this, the game makes it difficult to choose the ideal weapon because there are so many options available.

There are numerous weapons, including bracers, spears, and small and huge swords, that can all be updated and given plug-in chips that alter their functionality.

The optimal weapon will also depend on individual playstyle; if you prefer quick combat, carrying a heavy sword won’t make much sense.

This is true even if the large sword is more powerful than the little sword.

However, some weapons have been routinely chosen by players because they are thought to be the best or the simplest to use.

So, depending on how frequently they are used and how much simpler the game is when using them, below are what might be considered the game’s top weapons.

One of those excellent games, Automata is already destined to become a classic before it even begins to age.

Finding new weaponry and experimenting with different playstyles are two of the game’s many replayability.

When fully upgraded, this weapon has been a favorite of many players. It does good damage for a small sword, and both Devola and Popola use it.

It’s popular because it has helpful special effects that seem almost made for beginners or veterans who like to take it easy.

It gives you endurance, which makes you more durable, and the Finish Blast is a satisfying explosion that ends a combo. It is for sale by Popola and Devola.

Location: Inside a hackable chest in the city ruins.

When fully upgraded, this sword does about average damage compared to other large swords.

When it’s upgraded, it gives the player a faster attack speed, which puts it above many of the others.

It also has a cool perk called “Phoenix Flash,” which sometimes heals the player’s health when they hit an enemy.

It’s not much, but if you’re bad at dodging, having a few HP come in during battle makes things easier.

When you first get to Earth as 9S, you can find this sword right by the wall.

How to get it: If you stop Emil outside the Resistance Camp, you can buy it from him for 20,000 G.

For those who enjoy the angelic theme, a weapon. Combat Bracers have the highest average damage, and the Angel’s Folly’s passive ability speeds up attacks.

When you beat an enemy, its second Special Ability, “Angel’s Mercy,” also heals you.

This kit is a fantastic option for surviving any damage and dealing with large mobs.

How to get there: Route B is started by 9S at the Cruel Oath.

The black katana used by 9S. This short sword shares all of the same stats as the Virtuous Contract, except for its “Dark Impulse” ability, which increases attack power when the user’s HP is 30% or lower.

The Cruel Oath’s Level 4 Special Ability isn’t nearly as beneficial as the Virtuous Contract’s, even though I prefer the darker color scheme.

How to obtain: Steal the Emil Mask item from Emil’s cave in the City Ruins after completing the Emil’s Memories quest. After speaking with Emil, return to his cave to take Emil’s head item out of a hackable chest. Finally, engage Emil in combat; if you succeed, he will drop the weapon.

These combat bracers look like Emil, a peculiar character you encountered while playing through the game.

You’re probably going to learn the more depressing elements of Emil’s background by obtaining this weapon.

But it’s absurd enough to merit a particular place on this list. The first passive power of Emil Heads makes it easier to shock adversaries, which helps imprison them.

The true twist happens after you fully improve the weapon to Level 4 because starting then, Emil will converse with you whenever you attack.

It has no fighting advantages and, depending on your preferences, it will either be incredibly amusing or upsetting.

How to get it: For 15,000 G, it may be bought from the weapon dealer at the resistance camp.

One of your first weapon side-grades in the game might be this one.

The first special ability of the Ancient Overlord raises the possibility of a critical hit, increasing damage bursts.

When fully improved, this sword enables the “Bullet Rupture” skill, which causes a shock wave to be released each time an opponent’s bullet is struck.

Even while Bullet Rupture may not always be helpful, the Ancient Overlord works quite well with the harder-hitting weapons in your other hand.

How to get there: Near the Forest Castle Gate, in a chest on a ledge (requires jumping on multiple pillars to get to it).

Despite its base Attack stats, this Short Sword has a very high critical rate delivering respectable bursts of damage.

The Iron Pipe is a complementary weapon that complements the Cypress Stick well when used together to weaken enemies. Whap away, then!

Obtainable by fishing in the area littered with debris between the City Ruins and the Abandoned Amusement Park.

This weapon might appear to be rubbish, yet it has surprising power.

Due to its ability to keep foes at a distance, stunning is a great starting weapon against both single and group enemies.

The Cypress Stick, though other strong weapons can also be used to complete combinations, is one of the best weapons to use with the Iron Pipe.

The Soul Box in the Flooded City has it hidden within a chest.

This sword’s attack speed more than makes up for any lack of strength, especially considering that it has an attack speed-boosting basic Special Ability.

However, if you fully improve it, Faith’s “Bullet Absorb” heals you every time you pierce a projectile. Even though it’s not always necessary, a little endurance never hurts.

Located in the Abandoned Factory, inside a treasure chest.

Fans of Final Fantasy 15 are going to fawn over the oddly shaped blade known as The Engine Blade.

Players will undoubtedly feel like a prince using this unique blade because of the richness of lore surrounding it and its regal origins.

It does a reasonable amount of DPS while dishing out quick combos because of its high base damage and special abilities that boost the chance of stunning an enemy.

Additionally, it features Shift Avoidability, which some players claim makes it the best weapon in the game, even if only for aesthetic purposes.

This ability does nothing for damage but transforms the player’s dodge ability into Noctis’ phase dodge skill from Final Fantasy 15.

Purchased from the store run by Popola and Devola.

If a player has enough items in their inventory, they can get this big sword pretty early on in the game. Its base damage is fairly high when fully improved.

Additionally, it has the unique capacity to improve a player’s endurance, which raises their defensive levels and makes them more difficult to kill in combat.

Additionally, it features a Finish Blast power that releases an explosion following a successful combo. It’s a wonderful skill that gives an attack a stylish flourish.

Although there are a few stronger weapons in the game, for players who are just starting or who frequently die, this sword can provide some much-needed defense and serve as an explosive motivation to figure out combos while still being a superb weapon later on.

Complete the Data Analysis Freak 2 side quest to get there. This can be found in Chapter 6.

This big sword is special because it’s one of the few that’s strong enough to fight by itself.

It boosts your odds of stunning adversaries in battle and deals a respectable amount of base damage.

It also has an energy charge that, once the user hasn’t used the weapon for a short while, increases their damage.

The energy charge also provides a pleasant blue electricity effect that makes this weapon a delight to hold, even if it is not necessary for inflicting damage.

The weapon is acquired during a side quest, making it a very popular game that is frequently used in harder levels.

Location: At the beginning of the game, it is equipped by default.

One of the stronger weapons for the remainder of the game is your starter weapon, which you acquire by just playing the game.

Although it is a little sword, players will have a difficult time finding a better weapon to complement their other hand.

This sword pairs well with Virtuous Treaty, the long sword counterpart of this weapon, thanks to its special abilities that boost attack speed and Holy Blessing, which improves attack strength while HP is full.

This makes for an extremely potent weapon that serves well for the rest of the game if players can maintain their HP topped off in combat.

3. Spear of the Usurper

Location: Finish the side mission “Heritage of the Past.”

This spear, the only one on the list, is preferred due to its extended spear strike range and respectable base damage.

But what makes this weapon sparkle are its unique capabilities. It has a better chance of causing critical damage than many other weapons on this list and has a special feature called Turncoat that can sporadically turn enemies against you into allies.

This weapon is effective against bosses and in groups due to its tremendous damage output on its own and the potential to turn adversaries into allies.

Because it relieves some of the pressure on the player and demands less input when allies are on your side, it is also the weapon of choice for more casual gamers.

Location: After finishing the prologue, turn around and head back to the abandoned factory.

This weapon is acquired very early on and continues to be among the best weapons throughout the game, much like the Virtuous Contract.

That’s great news for gamers who want to jump right into the action without worrying about finding anything better, but depending on your playstyle, there aren’t many better weapons for players who want to switch things up after a time.

The Holy Blessing special ability, which enhances attack power when the player’s HP is full, is one of the benefits of this white samurai sword’s improved attack speed.

With high base damage, quick attacks, and the correct player’s control, this weapon has the potential to be among the finest in the game. It also pairs well with the Virtuous Contract.

Location: Under a hackable chest in the Amusement Park’s underground.

The best weapon in the game, these bracers are regularly used by players in really difficult game settings.

These fighting bracers, which are shaped like a demon’s teeth, may not deal as much base damage as some of the other weapons on the list, but their special abilities more than make up for it.

The first special ability speeds up attacks so that players can land more hits than they would with regular weapons, while the second special ability, known as Devil’s Hatred, sends out a shockwave after an adversary is killed.

When fighting groups, players like to use this weapon since, in many cases, killing one enemy would cause the shockwave to melt the remaining enemies like butter.

It indeed is difficult when dealing with bosses, but since mobs are more common throughout the game, it is used more frequently.

This combo makes a player nearly unstoppable when coupled with a weapon like the Spear of Usurper, a popular combination among players on extremely hard. FFXIV: How To Get The Ixion Mount? 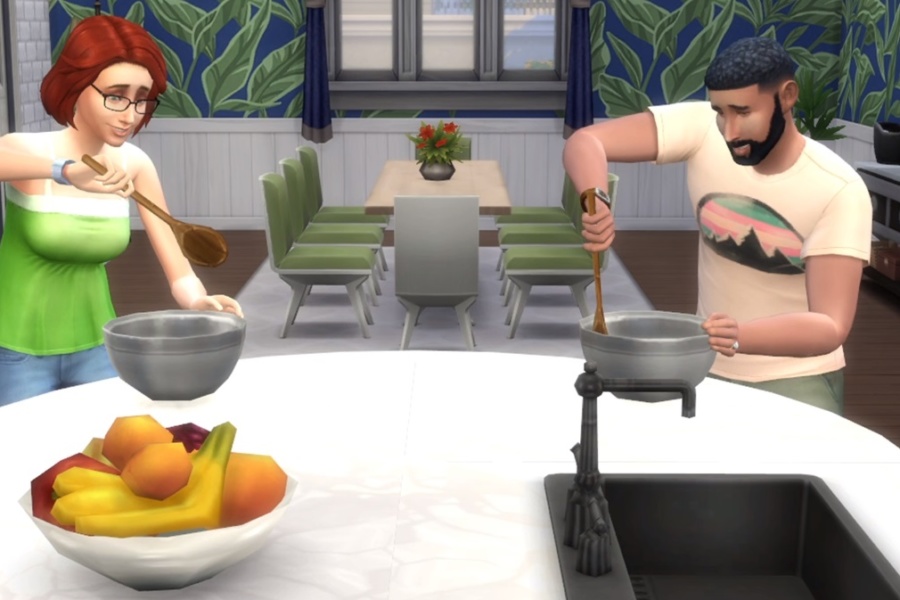 FFXIV: What is Item Level & How to Increase it?