Redstone can open up a new set of possibilities for Minecraft. There’s plenty to know, and an essential element to any Redstone wiring will involve Redstone repeaters.

Repeaters are a useful device that will extend wiring that can cause delays, as well as keep signals from moving backward.

There are a variety of ways to make use of Redstone. It might seem daunting initially however the principles of Redstone are straightforward.

Redstone repeaters offer several possibilities for your Redstone devices. There’s a lot more you can do, provided you wire things properly.

Making repeaters is an inexpensive and simple procedure. I’d like to demonstrate how it’s accomplished.

Essential Materials for making the Redstone Repeater in Minecraft

For making Redstone Repeaters You will require:

Redstone is abundant provided you dig enough. Once you’ve got your mine up and running, you shouldn’t have any trouble maintaining it in stock.

The recipe requires one Redstone dust for each repeater. Redstone dust is also utilized to connect devices so make sure you have lots of it on hand.

There are also three stone pieces. It is important to ensure that it is not smooth stone or cobblestone. Rather, it is the state that lies in between.

To achieve this type of stone block, you’ll have to cook cobblestone using a furnace.

Finally, you’ll need a 3×3 craft menu on the crafting table.

Steps to Make a Redstone Repeater in Minecraft

To construct the Redstone Repeater, open the crafting area that is comprised of the grid 3×3.

Set up two Redstone Torches in the first row on each side and then place Redstone in the middlebox in the row to the left and then complete the entire third row with three stones.

The Redstone Repeater has been created by clicking it. Simply click it to transfer it to your inventory.

Here’s the step-by-step pictorial guide to follow to create the Redstone Repeater in Minecraft:

For the beginning, you’ll have to dig to the bedrock level, or at least up to “Y” level 15. Begin a bit lower than the point at which Redstone begins to produce, so you’re more likely to discover it over you.

Redstone ore can be identified by its red-colored specks, and it’ll glow at times when it is walked over or struck.

A pickaxe made of iron is needed for the extraction of dirt out of Redstone ore. Find the most you can, and be sure to extract some cobblestone while you’re there.

Begin smelting your cobblestone into a regular stone.

Additionally, you’ll need Redstone torches that you can create from sticks and Redstone dust. It’s very much like making regular torches; however, you can replace your coal with Redstone dust.

After you’ve got your rock, Redstone torches, and Redstone dust collected and discovered, you are now ready to build a Redstone repeater.

To create a Redstone repeater, place your stone in the three spaces at the bottom. Then, you can place the Redstone torches over the stone in the right and left spaces, as well as the Redstone dust that is between and above the torch.

This is all you require to create a crucial element in Redstone devices.

How to Use a Redstone Repeater in Minecraft

Also Read:  Minecraft Guide: How to Make a Potion of Harming?

You can also click it when it is placed on the ground to increase the time required for the repeater’s signal to be transmitted the signal once more.

Repeaters come with four stages of delay that range from not having any delay whatsoever to 0.5 seconds. You can build this delay by putting in multiple Redstone repeaters.

Redstone repeaters are typically employed for extending Redstone pulses. If you’re not aware, most Redstone activators can only send out a pulse up to fifteen blocks.

If you’d like to move it farther than that, you can do it by using the help of a Redstone repeater.

This repeater “refreshes” the circuit so the Redstone circuit can travel for another fifteen blocks.

It’s the fundamental element for the automation of many processes. There are numerous kinds of Redstone clocks However, the one that is the easiest to keep in mind is also the smallest.

Simply put two Redstone repeaters and connect dust to them both.

I would suggest starting with each repeater with the highest delay. Start the clock, including the Redstone torch that connects directly to the dust, and then break it right away.

If you break the torch in a quick enough manner, you’ll notice that even with no power connection to the clock, it will continue to flash.

Q1. What is the best way to create the Redstone Repeater function as Dispenser?

If you connect a Redstone repeater to a dispenser, it will increase the duration of the pulse, but it won’t continuously fire.

Also Read:  How to Summon Lightning in Minecraft?

By connecting this clock a Redstone dispenser will keep repeating this signal till the dispenser has been empty.

Q2. How to Make a Redstone Pulse Extender?

Redstone repeaters will increase the frequency of the pulse produced from the Redstone source.

In rows will extend the time between the initial signal to its output. Make sure you set the repeaters with their maximum delay to avoid the pulse going from its source to its output in a too rapid manner.

To make this effect larger, you’ll have to incorporate Redstone comparators.

A comparator checks the power of your Redstone circuit, and instead of switching from an off or on condition, it’ll gradually shut down the power source.

Q. How can you create a Redstone Comparator?

Redstone comparators are constructed with three stones as well as three Redstone torches as well as one stone of Nether Quartz.

Comparators may be more complex devices, but their purpose is to test the “state” of certain blocks, for example, the level of fullness of a barrel as well as the orientation of a frame for an item.

Comparators that connect can also reduce the force of the Redstone pulse.

You’ve now got the information to tackle a Redstone device. The process of working with Redstone can be challenging to grasp.

But the fundamentals are simple. Redstone repeaters will become an essential component of many Redstone devices.

Being familiar with Redstone tools can open up an entire universe of possibilities.

You can build castle gates, organize your inventory, and even automate your farming! 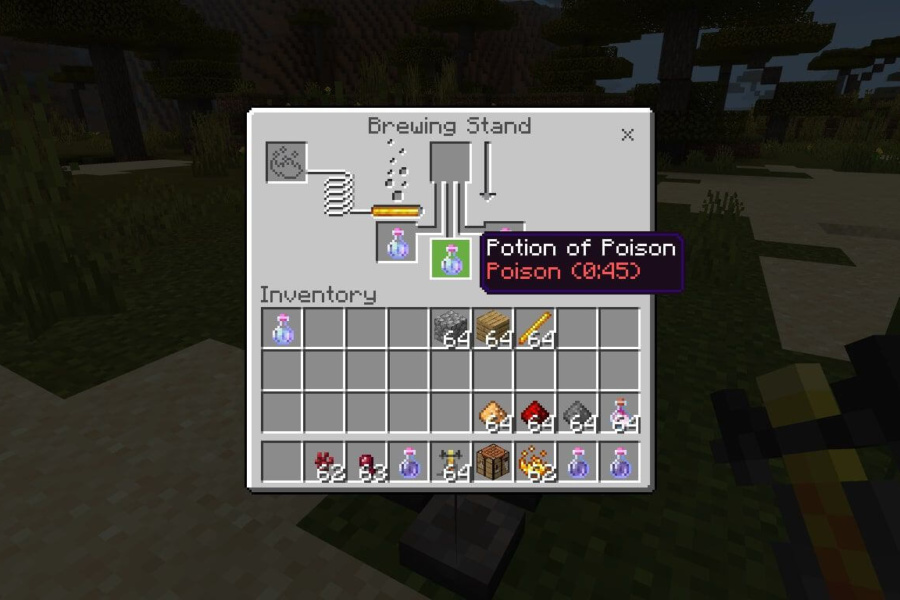