We all know sward art online is very popular and some times sword art online characters often get criticized as bad and unsuitable for the plot.

I personally have seen many SAO characters get bad mouthed and they also get negative feedback sometimes I agree with the feedback and with some I don’t.

But all this doesn’t matter what matter is the question at hand who is the best sword art online characters.

This sword art online character is very kind, bright, cheerful, and supportive of her friends. She also has developed a deep attachment to her Tamed Monster Pina to the point that she was heartbroken to see it die and overjoyed when told that there was a way to revive it.

At some point, Silica had become arrogant due to her fame, but realised her mistake after this led to her getting lost in the Forest of Wandering and losing Pina.

Silica is also easily embarrassed and flustered, especially when it comes to a romance scenario, such as grabbing Kirito’s hand, spotting many couples around her, or having her skirt flipped by a monster.

During Eugene’s duel with Kirito it was revealed that Eugene is interested in fighting strong sword art online characters, as, after Kirito withstood thirty seconds in battle with him.

Eugene claimed that he changed the plan to have their duel changed to a deathmatch as he really wanted to cut Kirito down.

Eugene is Lord Mortimer’s brother in-game and is presumed to be in real life as well.

Agil is a friendly and very helpful sword art online character who is always looking out for others. He is also someone to rely on such as when he defended the beta testers against Kibaou, giving Kirito a place to stay, and helping players on lower floors.

He also can be a leader on the battlefield and will help his comrades and friends no matter what the cost may be.

Although he acted as if he only cared about the money, Kirito commented that Agil had spent all of his money helping mid-level players level up.

Talken is a skinny-looking Leprechaun youth sword art online character with small eyes, tidy, brass-coloured hair and round, iron-rimmed glasses that give him the impression of a student.

In battle, Talken wields and wears Ancient-level equipment: he wears a copper-yellow light armour and wields a terrifyingly long lance.

According to Nori, Talken frequently gets nervous while talking to girls, as he stuttered while introducing himself to Asuna.

Nori, like all Spriggans, has darker skin, gray wings and black hair. However, This sword art online character has thick eyebrows and lips, as well as a large physique which are not common traits among Spriggans.

In battle, Nori is equipped with comfortable, non-metallic armour with a black choker and a long steel quarterstaff that almost touches the ceiling of an inn.

Like all of the Sleeping Knights members, Nori suffered from an illness and thus she ended up in terminal care.

Klein is one of the friendliest sword art online character in the series and sets the mood when he is around. He never holds grudges against others and is always ready to lend a helping hand.

He cares deeply for his friends and always wants to be by their side fighting alongside them when they are in danger even to the point of getting angry when Kirito was fighting Death Gun, saying he should have converted to Gun Gale Online as well.

He gets angry when people get into situations that can get them killed since he wants to protect as many people as he can.

Quinella was an extremely beautiful sword art online character with long silver hair, including eyelashes and eyebrows, which may appear blue or white depending on the surrounding lighting.

Her eyes were silver in color, seemingly reflecting the seven prismatic colors.

She was voluptuous, donned light clothes, which were hemmed with «Stacia Window»-silver threads, and had an unreservedly open neckline.

Death Gun is a group created by Shinkawa Shouichi and Shinkawa Kyouji to use an in-game avatar, named «Sterben», in Gun Gale Online (GGO) to imitate the ability to kill a player in real life from within a virtual world I know this is not a sword art online character but I have include them because they are very strong in the series.

Their goal was to make the players of GGO or, to a bigger extent, all VRMMO game players fear their alleged power.

Despite having once been a prodigy swordsman, Renly had lost the courage to fight after accidentally taking the life of his childhood friend, which resulted in him developing a post-traumatic fear of killing.

This fear of battle was only exacerbated by an inferiority complex Renly developed due to failing to invoke the Armament Full Control Art for his Divine Object and failing to fulfil his duty as a knight.

Regardless of his genuine capabilities with his weapons, which demanded a high level of concentration to use properly.

Calm and cool are two words that best describe this sword art online character personality. In battle and most of the time in the game, she keeps a cool head, which earns her respect from her friends.

However, Sinon has a violent temper once angered, best seen with her interactions with Kirito.

It is actually said that Kirito is the first one to make her extremely angry. Despite all this, Sinon, while perhaps hard to approach, is generally a friendly person and does not mind helping others.

Alice was a determined, hard worker that aimed to master the Sacred Arts.

Although her personality was serious, she was also adventurous and even mischievous, such as when she found loopholes in the Taboo Index and was willing to travel far to the Mountain Range at the Edge with enthusiasm, despite the risks.

Alice has sparkling blue eyes, and long, golden hair that is tied to both sides of her head, and a braid running down from the back of her head, a bow attached at the end of the braid.

Nobuyuki hides his true personality, especially in front of Asuna’s father but shows his true colors to Kazuto as soon as they were left alone.

Nobuyuki is an amoral and greedy entrepreneur, having kidnapped 300 players from SAO for his experiment on manipulating the human mind, which he planned to sell to other companies.

Nobuyuki also has a habit of framing others for his problems, especially Kayaba as he felt that he was the source of all of his problems.

Yui had become melancholic when the death game began, as she was not allowed to comfort players and was forced to continue monitoring their psychological parameters.

When she finally, after nearly two years of only seeing insanity, misery, and anger, noticed a couple, expressing happiness and joy.

She became overwhelmed with curiosity, which led to her ignoring the Cardinal System’s command not to interact with players.

Unlike her cousin Kazuto, Suguha is upbeat and outgoing. She is much more social and converses easily with others.

Even when Kazuto began to push her away after finding out they were not really siblings, she still treated him with good spirit and tried to get back in his life.

She can be very aggressive towards those that annoy her or cross her and can easily lose her temper.

This is demonstrated in one case when Recon attempted to kiss her after confessing his love to her and she punched him.

Although Kayaba Akihiko appeared as his true form only a few times throughout the series, he was always very calm, soft-spoken, and had a cool demeanor.

Despite being incredibly skilled, Akihiko was not boastful or arrogant, as when Kirito defeated him and cleared Sword Art Online, he humbly accepted defeat.

Akihiko seemed to be very sincere and thoughtful, as shown when he told Kirito of his dream about creating a floating castle as the basis for creating Sword Art Online.

Asuna originally did not care about dying in the game before meeting Kirito. That meeting drastically changed Asuna’s personality and outlook on life.

She soon takes most things Kirito says to heart and looks to him for help, using him as somewhat of a lifeline. Asuna is a kind and helpful young woman who, similarly to Kirito, cannot abandon another in trouble.

She takes the game very seriously and is determined to clear it before Kirito tells her to enjoy SAO a bit.

PoH is a cold and sadistic person who spread the idea that, as players would actually be killed by the mechanism of the NerveGear when a player’s hit points reached 0.

The designer of the mechanism, Kayaba Akihiko, would be the culprit of the murder, thus players had the right to kill other players and enjoy the game.

This idea lured and brainwashed several orange players into going on a mad Player Killing craze and led to the first murders in the game.

Bercouli was an extremely self-confident and prideful man due to his immense battle experience.

However, Bercouli was also overconfident, as he showed much composure in front of Eugeo, by saying that he would spare his life, as Fanatio’s life was protected, and he continued chatting despite knowing that Eugeo was chanting an «Armament Full Control Art».

He stated that he did not hold grudges, but was willing to take revenge if his disciple was killed.

Eugeo was a kindhearted and considerate sword art online character who thought about the needs of others as well as his own.

For example, when he first met Kirito during the latter’s second dive, Eugeo noticed that Kirito was hungry, and thus shared his food with him.

Furthermore, Eugeo always offered to help his valet with her duties and attempted to minimise her workload.

He also tried his best to maintain a good relationship with his valet by participating in bonding sessions with her and even scolded Kirito for trying to avoid the sessions.

Yuuki was the kind of sword art online character willing to live life to the fullest even in her critical condition, when she died peacefully in happiness.

She believed some things must be done in forceful means for the other party to understand.

Yuuki had short, black-brown hair and, in the final moments of her life, she had extremely pale skin, which made her look very sick

When Kayaba Akihiko announced that Sword Art Online had become a Death Game, Kirito was able to quickly accept the new conditions of the game and take immediate action to increase his chances of survival.

However, Kazuto is actually a kind person, willing to sacrifice himself to help others. 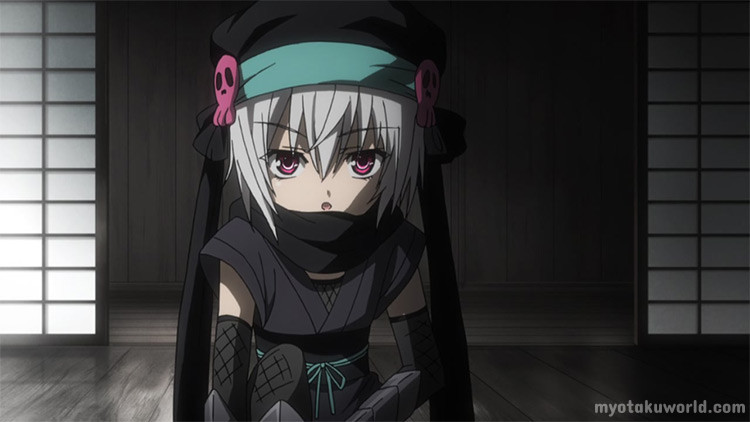