The Death Note is one of the most fantastic psychological series that I have ever watched. This anime is full of suspense, thrills, and mysteries. It’s the story of the battle between two great minds: justice and power.

The story begins with a high school student, Light Yagami, who finds the death note that belongs to Ryuk, a Shinigami. It is a notebook in which if someone’s name is written while the writer imagines that person’s face, he or she will die.

After finding the notebook, he thinks of himself as the God of the world. and decides to kill criminals using a death note. In the story, there’s a mysterious detective, L, who decides to stop Light Yagami.

If you loved watching death note then I have a list of anime similar to death note just for you.

It’s the story of Angelo Lagusa and his quest to seek revenge against the Vanetti family.

Angelo Lagusa is a young man whose family was murdered in a mafia dispute while he was the only one to survive. Seven years later, he gets a letter with the names of the people who murdered his family, and he decides to kill each of the men involved in the killing of his family.

The way the writer has narrated the story and described Angelo’s character is beautiful. It’s anime with a much darker theme, and things like violence, gruesome killings, and fast pacing are inevitable, so it may not please all, but with each episode, the story is going to progress and get compelling.

One Out is a gambling, psychological fiction, and sports-based drama with 25 episodes.

It’s a story about Toua Tokuchi, who is a pitcher and the undisputed king of a gambling form of baseball called “One Out.” Tokuchi signs up with the Lycaons, which is an unsuccessful team.

And the Lycaons manager cares more about making money out of Tokuchi than winning the actual games, so he tries to make his team lose! So, outsmarting the other teams is not enough for Tokuchi.

he has to fight on two fronts also preventing the manager from ruining the games with his interference. This puts Tokuchi in all kinds of impossible situations, but he always succeeds in coming up with a counter-strategy.

Even if the situation is looking extremely bad, he remains cold and calculating, soon to come up with a plan that will eliminate all his obstacles.

One Out is more of a mind game series, and Tokuchi himself is awesome. He is one of the most badass characters ever. Nothing ever fazes him.

There was a dark and horrific website on the internet. When that mysterious website appears, you may enter a name, and that person will be dragged to hell with you forever when their life ends.

The one who was dragging those soles does not look like the horrific demon instead she looked like a young girl, with three assistants.

They were quite good at tormenting the soul of their victims.

It is a mysterious, psychological thriller, vampire horror drama.

A quiet village called Sotoba with a population of 1300 people only.

The body starts piling up in a grisly murders series after a family moved into town.

The growing legion of vampires continues to prey on the town and the bodies did not stay dead.

The most legendary gaming entities in Kuuhaku is not one, but two people. Sora and Shiro are both genius gamers behind Kuuhaku. Their skills even attract the tet, the god of the game.

They were transported to the world of Disboard, where high-stakes games were played.

And they planned to become masters of the new world, the new gods of games.

Just like Death Note, it features characters with intense psychological games against each other.

Two brothers Edward and Alphonse at an early age learn the art of alchemy. They attempt to bring their mother alive with their knowledge.

It was a forbidden practice. During the ritual, Alphonse loses his entire body and Edward loses an arm and a leg.

To bring back their bodies they embark on a journey to find Philosopher’s stone.

The story is dark, there is cruel nature in the anime, and the plot is more serious than other typical anime due to its alchemy play.

One night, when the world was attacked by parasite-like aliens, the life of sixteen-year-old Shinichi Izumi was turned upside down.

Those creatures take over people’s minds by crawling inside their noses and ears.

Both of them decide to coexist to survive.

Just like Death Note Ergo Proxy is a dark Anime. Ergo Proxy is set in a dystopian world, where humanity was only left to one city called Romdo.

It is a technologically advanced place. It’s the place where technology-supported humans, but a virus spread and gave self-intelligence to AI

It is set in the future where physical and mental abilities can be increased by artificial transplants.

That empowered criminals also, Section 9 a special unit had challenges ahead of them.

It’s a very short, twelve-episode very touching anime. It’s the story of 29-year-old Fujinuma, a manga artist, and his life was nothing like other people’s.

Whenever something bad is about to happen, he prevents it from happening as he was sent back a few minutes in time. Without anyone knowing he saved many lives.

Due to a bad event, Satoru was sent eighteen years back, where he saved one of his classmates’ life.

Yukiteru Amano a high school student was living an ordinary life on his own. He was often left alone, and people use to think of him as slightly insane.

One day, he receives a diary having future details from the god of time and space, Deus Ex Machina. He was given the task of finding other people who had similar diaries and killing them.

And the last one who will be alive will take the god’s position.

This is one of the most imaginative animes it is full of surprises.

The Holy Empire of Britannia conquered Japan. locals kept on rebelling against the oppression even after the takeover.

Lelouch Lamperouge a Britannian student got caught up in a clash between rebels and the Britannian forces With a strange girl’s help he got out alive but also attained a special power called Geass.

It is a philosophical and psychological anime; it has action and battles of wits.

The anime revolves around a few characters; a young man longing to take revenge, a witch trapped on an island, and a friend caught up in the mess of war and love.

The show is a wild and enjoyable ride. It’s a dark fantasy, a tale of revenge.

Most people agreed; this anime series is closest to Death Note. It’s a mysterious, psychological thriller.

The people of Musashino City were terrorized by a psychopath. He went around and assaulted people with a golden baseball bat.

Everyone was thinking about who may be responsible for such a situation.

Keiichi Ikari and Mitsuhiro Maniwa were detectives chasing after the psychopath, but would they be able to catch him before the next assault victim?

Two teenage boys who go by the names Nine and Twelve steal a prototype atomic bomb in an apparent terrorist attack, they upload a video on the Internet and threaten to destroy Tokyo.

Zankyou No Terror is a show that presented relevant themes and concluded with emotion It is an ambitious and passionate production with plenty of substance to appreciate.

It is an ambitious and passionate production with plenty of substance to appreciate.

Dr. Kenzou Tenma was the best neurosurgeon in the city.

One day he was told by the director to switch patients because there was a more important person to save, he agrees but he was torn by the other person’s death.

Later he faced a similar situation, but that time he didn’t listen to the director’s request and operated on a little boy.

Later the little boy turned into a monster, who killed numerous people.

If you talk about Death Parade, it is just another dark anime series that deals with death and what comes after that.

In this series when someone dies, they did not go to heaven or hell they just happen to go to a bar after death.

And in the bar, they were challenged by the bartender known as Decim.

And Decim asks them to play a game with him. If they win, then they can be reincarnated and can have a try at life; on the other hand, if they lose, then they will end up in the void and cannot be reincarnated.

I want to know what is similar between Death Note and Death Parade. Then again, they both raise questions about judgment and death and they both have a suspenseful element in the series. These are the reasons Death Note fans are hooked on this anime.

Psycho Pass is a Cyberpunk, Action, Psychological Thriller, Animation, Thriller, and Crime Drama. It is remarkable sci-fi, with a mind-blowing twist.

In the 22nd century, Japanese law enforcement decides to take a different approach to prevent crimes.

They use Sibyl, a powerful bio-mechanical computer network that measures the biometrics of Japanese citizens’ brains and mentalities using a “cymatics scan.”

The Sibyl System was working fine, but it was often too violent and excessive. When the genuinely good Akane joined the force, she had to realize the system wasn’t perfect and she was constantly in conflict with the system’s current view of justice. 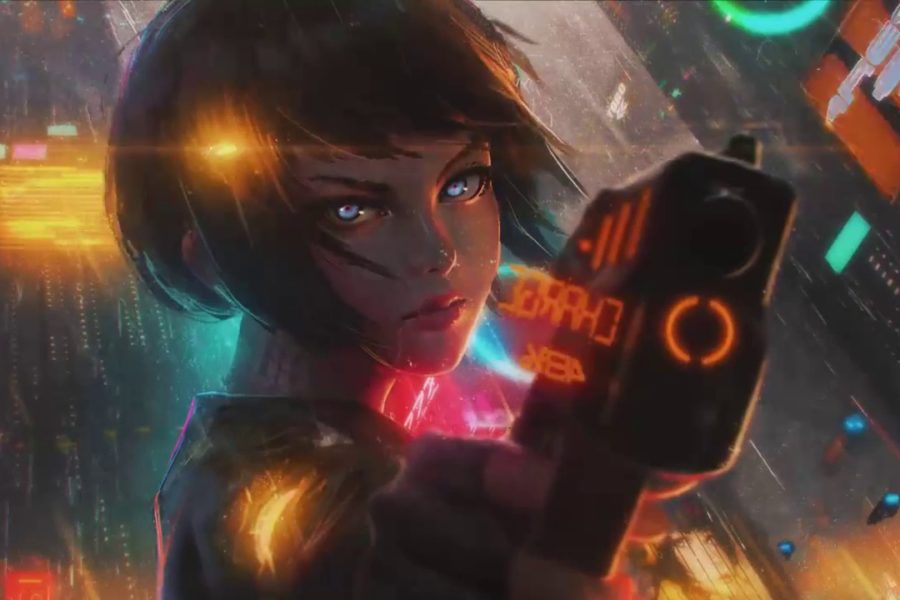 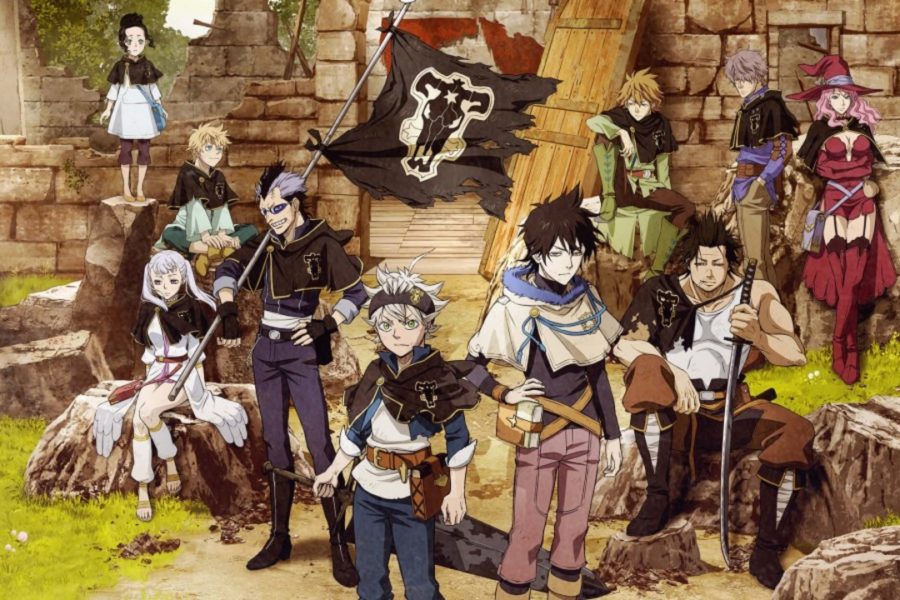