Some consider it cool, while others label it as freaky and others even consider it silly, however, everyone agrees that the bizarre hairstyles are what gives anime characters their distinctiveness.

Therefore, today we’ll discuss them, and specifically, about characters with cool, slick hairstyles hugging their scalps.

I’ve tried to make the list as varied as possible, and have included a range of hairstyles.

If you’ve got a few options of your own, check out whether they’ve made the list.

Without further waiting, here’s the list of the most beautiful hairstyles for women and men ever.

Dr. Stone is among the most original shonen anime available.

The concept of science-based innovations as the primary reason for the heroes’ power gaining is quite captivating.

The main character in this show is the incredibly talented Senku Ishigami.

The man’s work is enough to be fascinating as is however, it’s his haircut that establishes his character as one of the most impressive in the entire show.

If there’s one thing people can say about the main character from Demon Slayer is the fact that his design for his character is stunning.

The same is true for his hair too although it may be among the less somber aspects.

However, there’s no doubt that Tanjiro is still sporting a unique and unforgettable hairstyle.

This, along with the soaring popularity of Demon Slayer has helped establish Tanjiro’s style to be an integral part of his personality.

JoJo’s Bizarre Adventure is easily one of the best-animated series ever created.

The popularity and legacy of the series are huge throughout the East.

In addition, the superb anime adaptation has ensured that this popularity is spreading around the world.

The fourth episode of JoJo’s Bizarre Adventure, Diamond is Unbreakable is particularly noteworthy because of its incredible plot and the cast of characters.

The principal JoJo of this story is an incredible point of interest in this regard.

Josuke is certainly one of the most memorable characters in the series His pompadour is making the best of his character’s appearance.

Fullmetal Alchemist is certainly one of the best anime ever created and a large part of its popularity is due to the main character.

Edward Elric is one of the best-written major characters in the history of anime.

The character is full of powerful motivations, yet gives comic relief at times.

These nuances add a sense of humor to some scenes in the otherwise dark anime.

Of course, everyone can’t ignore Edward’s iconic hairstyle, which is blond.

This is certainly one of the most striking elements of Edward’s character design and differentiates him from the other actors in a stunning way.

The most viewed series ever created, Yu-Gi-Oh! has a main character who sports among the most memorable and striking hairstyles in anime history.

Of course, it’s nice that Yugi’s personality is fascinating, albeit with some caveats.

The character of Yugi changes from a shy student to an ebullient gambler in the flash of an eye.

With the two sides of him, it’s truly awe-inspiring to observe how his personality style — particularly his hairstyle is able to perfectly complement the two aspects of Yugi.

15. Goku and many others Saiyan From Dragon Ball Series

Let’s start by introducing some of the coolest Saiyans.

The ‘Dragon Ball’ franchise has enjoyed a lot of popularity throughout the years, mainly due to Saiyans.

What is it that makes the Saiyan special or interesting?

course, great physical strength, and combat skills however, what’s the most distinctive thing about Saiyans?

Their hair! The hairs of the characters are spiky and increase in size when they get super Saiyan.

Goku, Vegeta, and Radish have among the coolest hairstyles in the entire series.

If you’ve ever watched this series, you are aware of the concept.

Afro is a stylish and attractive hairstyle.

It isn’t like the typical hairstyle. It is a bit different. It’s long and curly.

The battle scenes that are grueling throughout the show look more stylish due to the hairstyle of Afro.

Take a look! It’s almost like some sort of black waterfall that is anti-gravity.

It was clear that Ichigo was going to be on this list. Ichigo is among the most popular action movie characters.

His attractive appearance is enhanced by his distinctive hair color of orange.

Ichigo himself dyed his hair orange. Ichigo has a great combatant and will continue to get stronger to defend his loved ones.

He is often pushed closer to the point of death.

No introductions are required here. We have the ninja-like child who is a little mischievous, Naruto.

His blonde and spiky hair is unique because of its look.

Naruto is a thorn in the side of everyone.

He shatters statues, blows up walls, and causes trouble for people.

He hopes to be the village’s Hokage and outdo all of his predecessors.

A major character in the show can be Rias Gremory. She is an evil demon.

Rias has some of the more famous hairstyles from the show.

The hair of Rias is long, almost reaching her thighs, and is crimson-hued and sporting the ‘ahoge’ (single hair strand which extends in the middle).

She’s tall and has an edgy figure, which makes her one of the sexiest female anime characters.

Let’s revisit “Bleach”. This time, I’d like to discuss Kaname Tosen who was the leader of Gotei 13’s 9 9th team from Gotei 13.

I was impressed by his appearance. the coolest hairstyle, which made him look more attractive.

The hair is styled into dreadlocks that are put back in ponytails.

He may wear transparent glasses.

Kaname Tosen has lavender eyes and is blind since his birth.

His overall appearance is cool and calm.

9. Saitama From One Punch Man

He’s a tough guy and is the most powerful hero of all time (maybe even the Universe).

The only thing he requires to defeat his adversaries is one blow. One strike and it’s gone.

He lost all of his hair because of his training, before which his hair was thick.

Next up is a female character and this time it’s from the action series “Black Lagoon’.

Rebecca Lee better known as Revy is one of the main characters in the series.

She is a brutal mercenary who lives in Roanapur.

She doesn’t have a problem killing and, if necessary she would even murder innocent citizens.

Her hair is tied in a ponytail, which results in hairs falling across her forehead.

It gives her a sexy look that is reminiscent of a dangerous diva.

In the beginning, let me clarify that the Kaneki I’m discussing is that one sporting that white hair i.e. after his transformation due to being victimized by Jason.

Wow, does he look cool!

The silver-white hair, paired with his sassy mask and one ghoul-styled eye.

It gives him a powerful and dashing appearance.

I really like the way the man pops his knuckles before engaging in a fight.

“Death Note” is among my most cherished anime series.

I’m pretty sure that it’s on your most-loved list of many of you.

We all agree that the show would not be half as enjoyable without the extraordinary genius detective, L.

I loved L’s messy, black locks very much and gave him a shabby sort of look that contributed to his image of being a relaxed and calm person.

His appearance was a different style from that of Light.

The return of ‘Naruto’. This time, it’s Kakashi Hatake, the leader of Team 7 composed consisting of Sasuke, Sakura, and Naruto.

Kakashi Hatake is among the best ninjas from The Leaf Village.

I am sure that you will all be happy to see his name on the roster.

His appearance is close to a ninja with his mouth and eye closed.

He has a lovely hairstyle with grey-colored hair that is spiky and oriented towards the left.

“Inuyasha” is a fable/adventure show that follows the life of a girl aged 15 who finds herself 500 years back after being taken there by an evil demon.

The demon wanted to grant wishes through a jewel in her, but the jewelry shatters.

The demon later joins Inuyasha as well as other demons in order to discover the fragments.

Inuyasha is one of the demons that is a tall and majestic waist-length of silver hair.

He has ears that resemble foxes that appear out of his hair. He is among those anime male characters that can have long hair.

Let’s change from a jolly demon to a smooth and adorable one.

Sebastian Michaelis is the demon from the movie ‘Kuroshitsuji’.

He is portrayed as a tall, handsome, and muscular man, sporting eyes that are red and black.

He is faithful to Ceil and faithfully follows his duties.

Sebastian is known for his sexy haircut with neck-length hair nearly separating in the middle, with one long, thick strand of hair on his forehead.

Toshiro Hitsugaya is the Captain of Squad 10 of Soul Society.

His appearance resembles young people and is the holder of the most powerful type of ice Zanpakuto.

He is among the most attractive characters in the entire series, largely due to his white hair.

Despite his appearance, Toshiro is among the most powerful Shinigami and is revered by everyone.

I watched the entire “Hellsing series simply because I loved his character, Alucard.

He will sometimes let his adversaries take a beating, to have fun winning in the future.

Hair is among the most prominent elements of his looks.

His hair length changes according to his release state.

It’s sometimes short, and at other times, it grows to the knee. 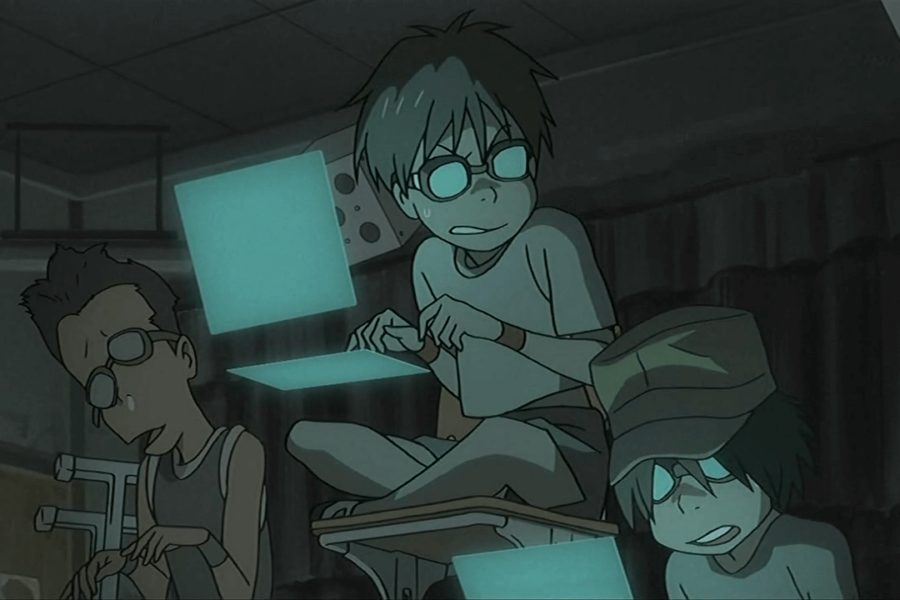 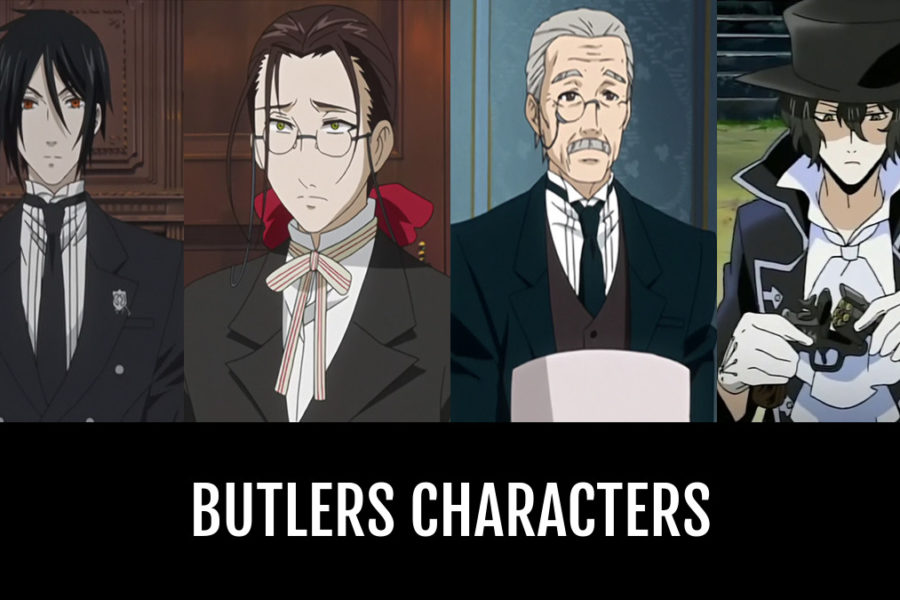