In the world of movies, projects that fall outside of the mainstream are called “paracinema.” These works include shock and splatter films, which are created to intentionally disgust audiences.

Anime has similar works. These scary anime aren’t “in good taste” according to mainstream audiences, but there is something exciting about watching a Scary anime.

Be warned, these Scary Anime titles have a lot of gore and graphic violence, and should not be watched by people with weak stomachs.

8. Higurashi When They Cry (Higurashi no Naku Koro ni)

Higurashi When They Cry is a wild roller-coaster ride. Keiichi moves to the quiet village of Hinamizawa. Most of his days are filled with crazy antics thanks to his new classmates.

But, as the annual festival gets nearer, Keiichi notices some strange events occurring. Even more bizarre is that his friends stay silent whenever he brings the subject up.

Higurashi is one of the most bizarre series thanks to its blend of moe, mystery, and gore. You haven’t lived until you’ve seen a loli fed to crows or someone having their fingernails ripped off.

Fans looking for splatter horror should watch Elfen Lied. The series follows Lucy, who is a breed of human called “Diclonius.”

These people are born with short horns and invisible telekinetic hands. Lucy has spent most of her life as a test subject, which causes her to harbor a great hatred towards humans.

Elfen Lied is incredibly violent and is notable for an extremely nihilistic view of human nature. The series doesn’t pull punches, as the effects of r*pe, discrimination, and psychological abuse are highlighted in a sea of gore.

6. From the New World (Shinsekai Yori)

From the New World proves a work can be shocking without an over-reliance on gore. A small portion of the population develops psychic powers, which causes society to panic. To avoid violence, psychic users are given their own isolated society to live in.

Saki is a young girl whose powers are beginning to manifest. An exciting time leads to many mysterious questions that Saki wants to be answered, even at the risk of discovering dark secrets.

From the New World twists the utopian genre by presenting a morally gray story. Viewers are presented with difficult questions without clear-cut answers and are witnesses to great atrocities.

5. Urotsukidōji: Legend of the Overfiend

Every 3,000 years, the Overfiend emerges and restores balance to all three realms.

Urotsukidōji: Legend of the Overfiend has been called “repugnant, cruel and sadistic, yet brilliant” for bringing horror and sexuality into anime.

The style is somewhat similar to ’70s Italian horror movies, which is known for their intentionally shocking works.

Genocyber is an OVA series that centers around two sisters, Elaine (who’s mute and mentally deficient) and Diana (who’s crippled).

The two are victims of an illegal experiment designed to create super soldiers. As a result, Elaine’s mind controls Diana’s cyborg body, which leads to the creation of a being called Genocyber.

Genocyber is one of the more notorious ’90s anime due to its graphic violence, which includes dismemberment of children, and its unsympathetic characters.

Shadow Star looks a Pokémon or Digimon clone, but it’s far closer to Elfen Lied. Tamai is a young schoolgirl who meets a strange creature and names it Hoshimaru.

It’s discovered that other young people have formed bonds with these creatures and are forced into battle.

Shadow Star is dark, deconstruction of the “Mon” genre that was popular during the ’90s. The series is notable for graphic violence involving children and psychological themes, including suicide.

Jeanne then makes a deal with Satan in order to exact revenge on the noble and to incite a rebellion.

Belladonna of Sadness is notable for using a western art style and psychedelic imagery. The movie was a flop at the time of release, and lead to studio Mushi Production’s bankruptcy.

It fell into obscurity, but art-house and paracinema fans have fallen in love with the movie in recent years.

Midori Shoujo Tsubaki is one of the most controversial and rarest anime films of all-time. The movie follows Midori, a young girl who joins a revue show after finding her dead mother.

The movie was met with controversy upon release with screenings being banned outside of Japan due to graphic sexual violence and gore.

Midori Shoujo Tsubaki is coveted among collectors since the original film was destroyed, leaving only bootleg copies. 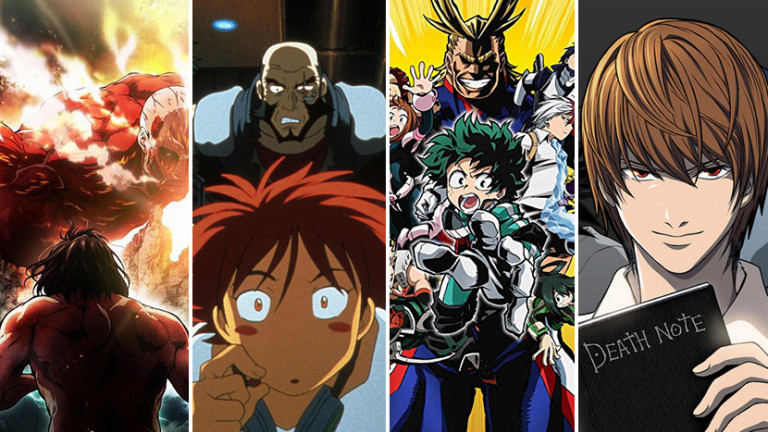