A trend that started with our dear Kizuna AI-senpai, this phenomenon of YouTubers using motion-sensing software to present themselves as anime girls (or guys!) on our screens has since exploded.

In fact, sources state there are currently over 3000 Virtual YouTubers, or “VTubers” for short.

Recently, they’ve been getting media attention again due to the debut of virtual idol Sakura Fujima, a cheerful and lively bilingual girl who speaks English as well as any native.

Fans who might not know Japanese rejoiced at not having to wait for subtitles for once, but the truth is that even excluding Sakura, there are still quite a few VTubers you can talk to out there.

After all, this trend wasn’t limited to the Land of the Rising Sun, and English-speaking Virtual YouTubers are just as worth checking out as their Japanese counterparts!

Otonashi Rhythm is a VTuber that creates multilingual content. She lives in virtual Germany and debuted a few months ago, but during that time she has already solidified herself as one of the most important western Virtual YouTubers.

She has even had the privilege to join upd8, a project created by the company that manages Kizuna AI and whose goal is to support and help Virtual Talents.

As her name might suggest, she is a huge fan of rhythm games, such as Project Diva, BanG Dream! Girls Band Party, NecroDancer… all of which you can watch her play in her videos and Twitch streams.

Besides those, she also uploads German lessons, challenge, and streams other games such as Tales of Berseria and Doki Doki Literature Club.

As an international VTuber, Rhythm is also committed on uniting the virtual world. In her words, “My goal is for everyone’s voices to be heard!”

And so far she appears to have been quite successful!

Her video’s comment sections are always a mix of Japanese, English, German and even other languages’ comments, making them a welcoming place for everyone.

Kaheru is not what you would expect when you think of a typical VTuber. They´re 666 years old, trilingual, have no gender and, most importantly, live inside a trash can, truly making the phrase “your waifu is trash” a compliment.

Despite only having started their channel 2 months ago, Kaheru has already managed to reach over 1200 subscribers, likely because who doesn’t love a meme and moe waifu who’s also a lover of cute things?

It’s near impossible to predict the type of videos they will make in the future, but you can count on all of them being a fun-filled mess, complete with lots of “Japanglish”.

Mira, one of the first exclusively English VTubers, is an energetic and full of life virtual girl who loves anime and gaming.

She has her own tiny pink room where she films her videos, although she isn’t afraid to go in adventures to other worlds, such as VRchat, with her friends.

Currently, she streams on Twitch between filming and editing her videos, so if you want to have your weekly fix of cuteness, you can always watch her there marathoning games like Kingdom Hearts, Splatoon and many many others.

A brave man in a field dominated almost exclusively by girls, Deat is a cheeky French edgelord whose uncanny videos are refreshing and unlike any other.

Accompanied by his two props-slash-punching-bags Generic and Generica, Deat does all sorts of skits (the so-called “escapades”), Q&A’s, game videos and even streams, all directly from the floating rock he calls home.

Despite being French, Deat speaks English fluently, and in fact, the great majority of his viewers are English. His videos also come with subtitles from the moment they are uploaded, so you’ll never have to wait to watch them!

And you wouldn’t want to, since be it playing baseball using a metal ball and a giant sword or facing an enormous demon-cat who really wants him to pay rent, Deat’s adventures are always interesting and unique, with his sarcastic deadpan humor as the cherry on top.

Tia is an American-born girl currently living in Japan who, in just a few months, has managed to charm both Japanese and English viewers with her infectiously joyful and carefree attitude.

Up until recently, Tia had uploaded videos which varied from Let’s Plays, song covers, and discussions about the many differences between America and Japan.

However, these were all in Japanese. But, as she is a native English speaker, Tia has recently decided to start interacting more with her English fans, uploading an introduction and promising to make more English videos.

If you’d like to hear how life is like in Japan from an extremely sweet American cheerleader, Tia is the Virtual YouTuber you are looking for!

Also Read:  3 Types of One Piece Haki And Its Subtypes

It wouldn’t be a complete list of English VTubers without speaking of the very first one after the Kizuna Ai boom and likely one of the most important people in the community, Comdost.

However, she doesn’t seem disturbed, and even goes ahead and says “I’ll draw the things other girls won’t even talk about”, a perfect motto for a virtual lewd artist such as herself.

In spite of having mainly done art-related videos and streams, Comdost’s honest personality and gyaru looks have attracted hundreds of people to her channel and helped build the English VTuber community to what it is today.

At the moment, Comdost is inactive on Youtube due to working on other projects. Nevertheless, she has promised to come back and make more videos, so stay tuned!

What are your thoughts on this side of Youtube? Do you think we might see an English Kizuna AI soon? 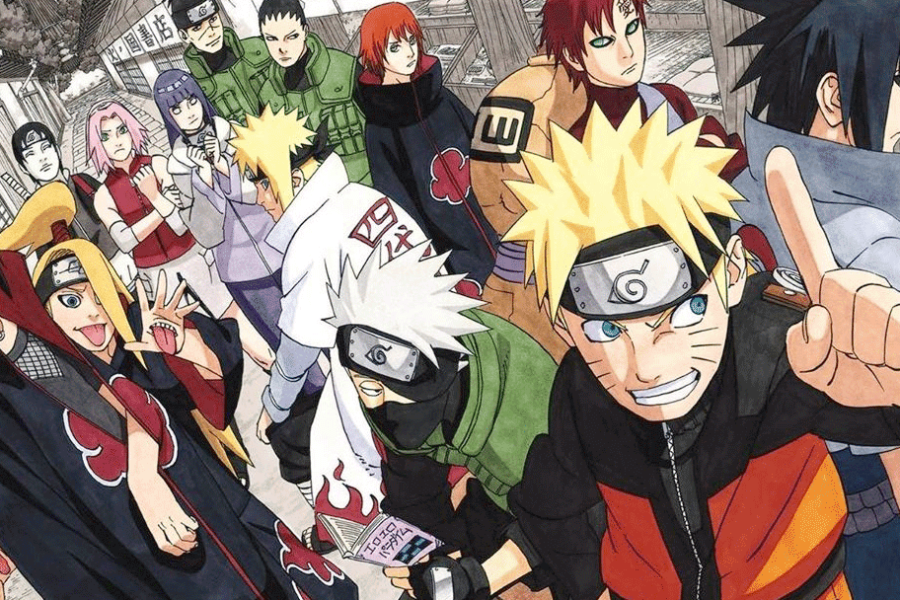