As the summer tries to cling to the air, and a dimming sun graces the horizon, I realize with glee that it is now October. The pre-Halloween excitement has once again kicked in. I am a Halloweenie, which means I’m going to open up the scary anime and movies with full vigor.

But, as I pored through the titles available to me, along with a few of my favorites, I found myself thinking fondly of those moments watching a non-horror anime that somehow managed to scare me shitless, or maybe something from a monster-fiction anime that was surprisingly horrifying, despite the show not dabbling in such things.

It’s fun surprises like those that make scary anime exciting, especially around this time of year.

Today, we celebrate those times when our anime went the extra mile in scary ways. These are moments in some of my favorite scary anime where I was surprised to find myself shocked, afraid, or utterly disturbed.

The last one that springs to mind also comes from a place that started out as a laugh-out-loud comedy, springing on us a moment that kills the belly-laughs dead. However, while this one wasn’t as well-paced as the previous entry, it comes to a lot less out of the blue.

The thing is, Fruits Basket makes no secret that something very bad is hanging over the Sohma family. It’s a drama/romantic comedy after all, so there are heartstring-tugging moments aplenty.

But it all comes to a screaming head after the big reveal about Kyo, the family’s resident outcast.

Granted, Tohru solves Kyo’s issue the same way she does all the other Sohmas – with a well-intentioned dose of Pollyanna Therapy – but her antics have finally gotten on the last nerves of the family’s head, Akito.

Tohru had met Akito prior at her school and during the Kyo affair – where fans learned that the scary anime turned Akito into a man instead of a woman – but this appeared to be the final straw, and Tohru was forced to “face” Akito head on, once and for all.

This scene is very visceral for me, even if it is missing quite a few key elements from the source material. You see, we watch Tohru try her usual approach to helping the Sohmas and watch as it forces an already irate Akito to go ballistic.

The stories prior to that build up the power and influence this character has. Their ability to break anyone in the family makes this whole scene feel tense and shows us just how strong of a person Tohru is, despite her somewhat spacey tendencies.

It’s still missing several important points from the manga, most of them being Akito’s own mental issues and insecurities, but it works well as a payoff for tons of episode buildup.

One of my favorite scary anime, Trigun, is one of the most comical pieces of fiction you will find. Vash’s “cowardice” is a source of great comedic gold as he bungles about the dusty planet, but there was always this tragic edge just waiting in the wings of the show.

The astute viewer will pick up this sad look in Vash’s eyes, and this sense of foreboding hanging over the show tells us that something bad is waiting. That bad comes in the form of one man, coming ahead of several bad men: Legato Bluesummers.

This man marked a turning point in the entire series. This is the point where the comedy stops cold and what was once a jovial series becomes a scary, emotional, rollercoaster.

A member of the Gung-Ho Guns and aid to the actual big bad of the series, Legato’s introduction comes in a rather frightening moment inside a bar, where he demonstrates just how little he cares for humanity and how easy it is for him to kill them.

I love this scene for a variety of reasons—the biggest being how easily it goes from zero to sixty in terms of tension, and just how cold Legato is shown to be in this adaptation.

He’s supposed to be more sympathetic in the manga, but I find this variant to be more frightening while making far more sense in his overall cause.

The King and Queen of England (Kuroshitsuji)

This one almost didn’t make the list. Kuroshitsuji, or Black Butler, cements itself as a full-on black comedy, mixing several creepy moments with hilarious, over-the-top slapstick.

But the horror is usually there for some traditional gallows humor and only skitters into actual horror for a few precise moments.

And, when that horror does decide to try and sink in, you get some genuinely disturbing sights. Because if Black Butler is known for anything, it’s for going full-throttle on the nasty.

Also, from this point on, Spoiler Alert.

Something about this moment frightened me far more than the other creepy/disturbing scenes the scary anime had.

This was one of the few scenes that had a tragic tinge to it instead of comedy, and really sank in just how depraved and sad both parties in this scenario were.

It’s frightening and disturbing in the most gruesome of fashions, and one of the many reasons I love this anime’s first season.

Most of the Sailor Moon manga

Sailor Moon in her original form is highly disturbing.

The show that led me all through my teenage years and introduced me to the worldwide phenomenon that was scary anime wasn’t exactly known for being frightening back in the day.

The colors were always bright; there wasn’t much if any blood to speak of; and any and all deaths were usually off-screen, even undone within an episode or three.

It has such a reputation for being a friendly, soft series that people are usually shocked to even hear that death occasionally happens on it.

But, oh, the source material was nowhere near this campy and soft. Sure, it had all the magical girl elements and plenty of fun, girly bits. It also routinely featured villains dying in gruesome fashion.

From watching your beloved’s skin melt in a terrible dream to seeing a villain outright stab one of their companions, Sailor Moon in manga format has just as many gruesome moments as it does campy costumes and magical powers.

Reading this manga is the moment you realize that Madoka Magica is more faithful to the magical girl genre than you thought, and that’s the scary part. 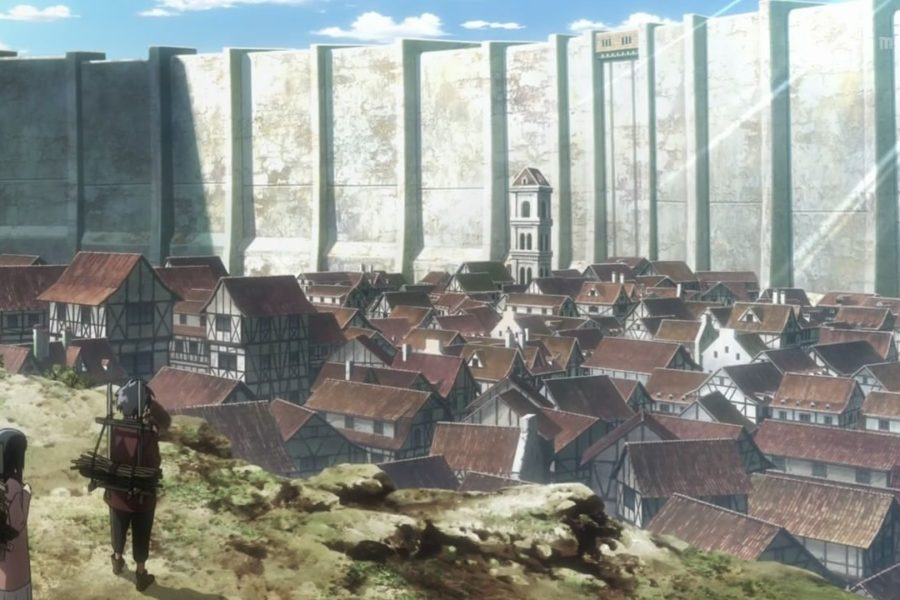