You just have watched Demon Slayer and want to continue the feel so you are searching more anime like demon slayer (Kimetsu no Yaiba).

Demon Slayer recently getting popular in the anime world and its unique story, great characters development and epic scenes are the reason.

So here is our countdown of anime like Demon Slayer or Kimetsu no Yaiba.

Ajin are humans that cannot die. It presents the story of Nagai Kei, a student who discovers that he is an “Ajin”- immortal human, who can create “black ghosts”, highly dangerous combat-oriented entities, visible to Ajins.

Ajins who are considered inhuman by the public are captured by the government in name of the protection of Ajins, when in reality they are totured in captivity!

The focus of the story is on Tatsumi, a young villager who in order to raise money for his home, travels to the Capital, and discovers strong corruption in the area

Night Raid- the assassin group, recruits the young man to help them in their fight against the corrupt Empire 2.

The first adventuring party, of a young priestess, has been formed, but soon they find themselves in distress.

To their rescue comes the Goblin Slayer- a man who has dedicated his life, with any necessary means to experiment on Goblins.

The story is about a boy born without superpowers in a world where they have a commonplace, and who still dreams about becoming a superhero. His name is Izuku Midoriya.

He is scouted by All Might, Japan’s greatest hero, who after recognising his potential shares his Quirk with Midoriya, later helping him to enroll in a prestigious high school for heroes in training.

15. Tales of Zestiria the Cross

The story talks about Sorey, a human youth who grew up among the spiritual beings not visible to humans- The Seraphim, and dreams of unfolding the ancient mystery to make the world a place where people and seraphim can live in harmony, together.

When one day, for the first time, Sorey visits the human capital, he manages to pull out a sword embedded in a rock and ends up becoming a Shepherd- one who casts away the world’s calamity.

The Shepherd starts his amazing journey with his companions to make his dream of peaceful coexistence between humans and seraphim, true.

The series moves around three teams, with each consisting of a weapon meister and a weapon that can transform into a humanoid.

To make the weapon a “death scythe” making it fit for use by the academy’s headmaster Shinigami, they must collect the souls of 99 evil humans and 1 witch, in that order, or else they will have to start all over again.

The plot sheds light on a young male named Shirou Emiya, who becomes a warrior in a battle between “Servants” who are known as the Holy Grail of War.

Shirou bonds with a heroine and confronts different mages participating in the war, through each route.

The course of the journey of Allies and her chevalier, reveals the background history of the chiropterans and Saya’s very deep past, extending into the mid-19th century.

The focus of the story is on a young boy named Gon Freecss, who discovers about his father who left him a long time ago is world-renowned Hunter- a licensed professional specializing in fantastical pursuits.

Gon on his journey to become a hunter eventually finds his father along with other hunters and encounters the paranormal.

“Will you kill someone you love because of love?” The Japanese Ministry of Defense has an anti-paranormal special forces group called the Supernatural Disaster Prevention Office.

They are the ones responsible to protect the soil of Japan and its people from supernatural and paranormal events. But, things didn’t go so well in one of their missions.

In a world rife with “youma” (deadly creatures), a young silver-eyed woman, Clare, works on behalf of an organization training female youma halfbreeds into warriors with the ability to destroy these creatures.

Considered dishonest for picking up a stray child & almost losing herself to her youma side by “Awakening”, she is constantly assigned dangerous missions.

The story is about Himura Kenshin who is a vagabond with a dark past and sunny disposition. He was never a samurai, but an assassin of utmost skill in the Meiji restoration, who simply walked away, in the turning point of the war.

His travels take him to Tokyo in the 11th year of the Meiji era, where he befriends a former thief, a female Kendo master. Together they fight off the enemies surfacing from the dark past that Kenshin cannot escape.

7. Seraph of the End

The series’ plot starts when one day, a mysterious virus appears on Earth and kills every infected human over the age of 13. At the same time, vampires emerge from the world’s dark recesses, enslaving mankind.

Hyakuya Yuuichirou, a young boy, who along with the rest of the children from his orphanage, are treated as livestock by the vampires. Even in captivity, Yuuichirou dreams of killing all vampires

Traumatized by witnessing the murder of his parents by one of the Choushuu, Ichimura Tetsunosuke’s need for revenge leads him to the desire for strength.

At the age of 15, he approaches the Shinsengumi, wanting to become one of its members, but Tetsunosuke lacks the skill, mind, and will to emotionlessly cut down whoever threatened peace and the Shinsengumi.

Humans were nearly exterminated by giants, several hundred years ago. Giants are almost several stories tall, seem to have zero intelligence, devour human beings and, the worst part is, they seem to do it for pleasure rather than as a food source.

Protected by extremely high walls, a small percentage of humanity survived by walling themselves in a city. Forwarding to the present, the city has not seen a giant in over 100 years.

Teenage boy Eren and his foster sister Mikasa witness something horrific as the city walls are destroyed by a super giant that appears out of thin air.

As the smaller giants start flooding the city, the two kids watch as their mother is eaten alive. Eren vows that he will murder every single giant and take revenge for all of mankind.

The story centers around Asta and Yuno who were abandoned together at the same church and have been inseparable since then. As children, they promised that they would compete against each other to see who would become the next Emperor Magus.

However, as they grew up, some differences between them became plain. Yuno was a genius with magic, with amazing power and control.

While on the other hand Asta could not use magic at all and tried to make up for his lack by training physically. At age 15, Yuno got a spectacular book with a four-leaf clover- a Grimoire, while Asta received nothing at all.

However, when Yuno was threatened, the truth about Asta’s power was revealed, he received a five-leaf clover Grimoire, a “black clover”! Now the two friends are heading out in the world, both seeking the same goal!

The story revolves around a teenager – Rin Okumura, who discovers he and his twin brother Yukio are the sons of Satan and he is the inheritor of Satan’s power.

Rin enrolls at True Cross Academy, when Satan kills their guardian, and becomes an exorcist under Yukio’s tutelage in order to defeat Satan.

In the story, Tokyo is haunted by mysterious ghouls who are devouring humans. People are fearful of these ghouls whose identities are a mystery.

Kaneki, an ordinary college student, encounters Rize, a girl who is an avid reader like he is, at the café he frequents. Little does Kaneki realize that his fate will change overnight.

In the series, after losing their mother, Alphonse and Edward Elric attempt to bring her back using the forbidden science of human alchemy, but alchemy operates on the theory of equivalent trade, which is for, breaking the human alchemy taboo, a heavy price has to be paid.

Ed loses his leg, and Al loses his body. Ed is able to seal Al’s soul inside of a huge suit of armor, at the cost of his arm.

Years later, Ed, who has a natural talent and skill for alchemy, becomes nationally certified and is soon known everywhere as the “Fullmetal Alchemist.” 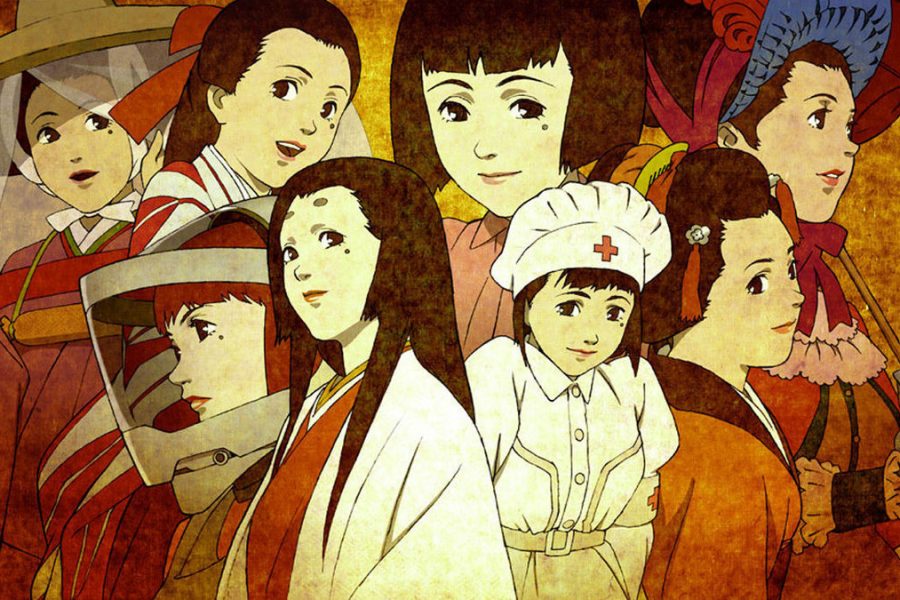 25 Best Kid-Friendly Anime of All Time