War Anime themes have always been prevalent in works of fiction such as film and television. Anime and anime-inspired games are no exception.

So.. Put on your helmets and prepare for the explosions. This is a collection of the best war anime from the thrilling 2D battlefield!

So what exactly separates them from the rest? Explosions? Drama? Political intrigue? You name it, they’ve got it.

There’s nothing more exciting than big explosions and even bigger armies fighting it out for supremacy in a high-tension, dramatic setting that can rip out your heart or move you to tears.

So let’s take a look at this collection of the best war anime out there.

Valkyria Chronicles is an alternate-fantasy take of World War II. You take control of Welkin Gunther and Squad 7 as they protect their homeland from Imperial forces.

Inbetween the hybrid tactical-shooter gameplay, you’ll be treated to a touching story of a small nation being dragged into a devastating war anime.

An elitist empire named Dorssia is entrenched in near constant dispute with JIOR. The two powers use a “take-no-prisoners” policy.

This is where Kakumeiki Valvrave drops the viewer with a secret infiltration of a module carrying highly advanced mecha suits.

From there, the dispute escalates, and the module declares its independence from both JIOR and Dorssian control, thus becoming a target for both.

GATE blends fantasy with the modern day for an overlooked aspect of the military: humanitarian aide.

The series follows the Japan Self-Defense Forces (JSDF) and Officer Youji Itami exploring a fantasy after discovering a gate.

As a result, Japan gets pulled into the new world’s politics, which includes war and rebuilding.

Two clans are pitted against each other in a bitter dispute for who will place a new Emperor on the throne and destroy the other.

Despite the bad blood between the two clans, their heirs have become involved in a taboo love affair. War anime and romance… the perfect recipe for disaster.

11. Grave of the Fireflies

Grave of the Fireflies is a somber reminder of the devastation Japan faced during World War II. The story follows a pair of siblings trying to survive in the countryside after the city of Kobe is firebombed by American forces.

Grave of the Fireflies eschews action and jigonism to show how everyday people suffer during war. It’s one of Studio Ghibli’s best and most emotional efforts.

Protectors are sent to keep her safe, but even they are left in the dark about why the young woman is the target of so many organizations.

Hetalia blends real-world history with comedy. The series personifies varies countries, with an emphasis on those take played a major role in World War II.

There’s plenty of witty jokes and observations, but nothing too controversial or inflammatory. Instead of focusing on death and war crimes, Hetalia is content with poking fun at cultural differences and light-hearted stereotypes.

Think of it as the original Drunk History.

This anime pulls many influences from famous literature such as J.R.R. Tolkein’s The Silmarillion and historical peoples such as the Aztecs to create a world warped and thrown off balance.

This is accomplished via the Tokyo Jupiter, in which the passing of time and the reality fed to the people living there vary from that outside of the odd formation.

In RahXephon, the people of the world are at war with a foreign civilization in a much more subtle context than most war anime produce.

These people are often referred to as the “Mu” and are most notably recognized by the color of their blood.

Youjo Senki follows a twist on the old Isekai formula of “reincarnation and transported to another world” by combining Isekai with the “military” genre.

The main character Tanya Degurachaff starts off as a sociopathic salaryman with multiple personality disorders that is murdered and teleported to another world by a figure claiming to be god.

As punishment for being a horrible human, he is reincarnated as a girl into a war-torn, magical world with a reminiscent of Germany in the early 1900s.

Tanya progress through life as an infant slowly regaining knowledge until he is fully aware of his previous life by the age of 9. Desperate to live a comfortable life, he puts together a plan to join the military and rise into the ranks while spiting the god that did this to him sending Tanya on a wild journey of madness and insanity.

Ginga Eiyuu Densetsu is one of the more expansive war anime, with over 100 episodes and vivid characters and worlds with intricate politics and culture.

The story works through the culmination of a 150 year war between two great powers within space.

They are the Galactic Empire and the Free Planets Alliance. It can be easily guessed that this anime had a great influence on its followers, such as Mobile Suit Gundam Wing.

Seven Kings rule seven gangs, from small to astoundingly large and highly trained organizations – all of them vying for supremacy beneath the apathetic eyes of the Silver King.

This was until, of course, the Seventh King decides to incite mutiny and trouble for the others and so the order begins to collapse as powers clash.

K is on a bit of a smaller scale as wars go, when compared to those that span worlds, but it is no less a poignant and heart-wrenching watch.

The last stronghold of humanity faces insurmountable odds in their war against invading creatures known as Titans.

Hope is a long lost dream for most, and many would rather cling to safety than face their foe.

But the war against the Titans still slowly trudges on. It isn’t over till the fat Titan sings!

Two brothers and a division of Alchemists in the military uncover government conspiracies concerning the fabled Philosopher’s Stone.

The war that breaks out is far reaching, but primarily on the level of a civil war.

It is a war set to unveil the true nature of this all-powerful stone and government plans to utilize it, and to derail the cataclysmic results.

Kingdom takes a historical fiction approach to war. Set during the Warring States Period of China, the story follows two war orphans and their dreams of unifying China.

Though Xin suffers loss and trial, and the death of his counterpart, these hardships only harden his resolve.

This anime tackles war from a different perspective. Rather than one side versus another, Jormungand introduces viewers to an international arms dealer smuggling weapons into various countries to facilitate wars.

Of course, despite the protagonist’s attempts to remain a “neutral party” in the warmongering, humanity cannot be diminished that easily and he is faced with some difficult choices.

Hope you liked my list and Let us know your favorite war based anime or game in the comments! 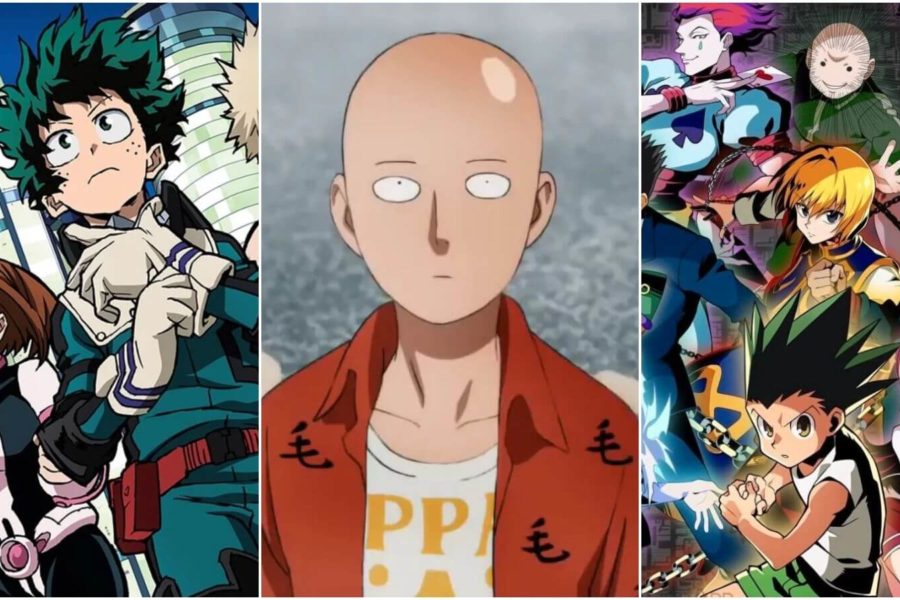